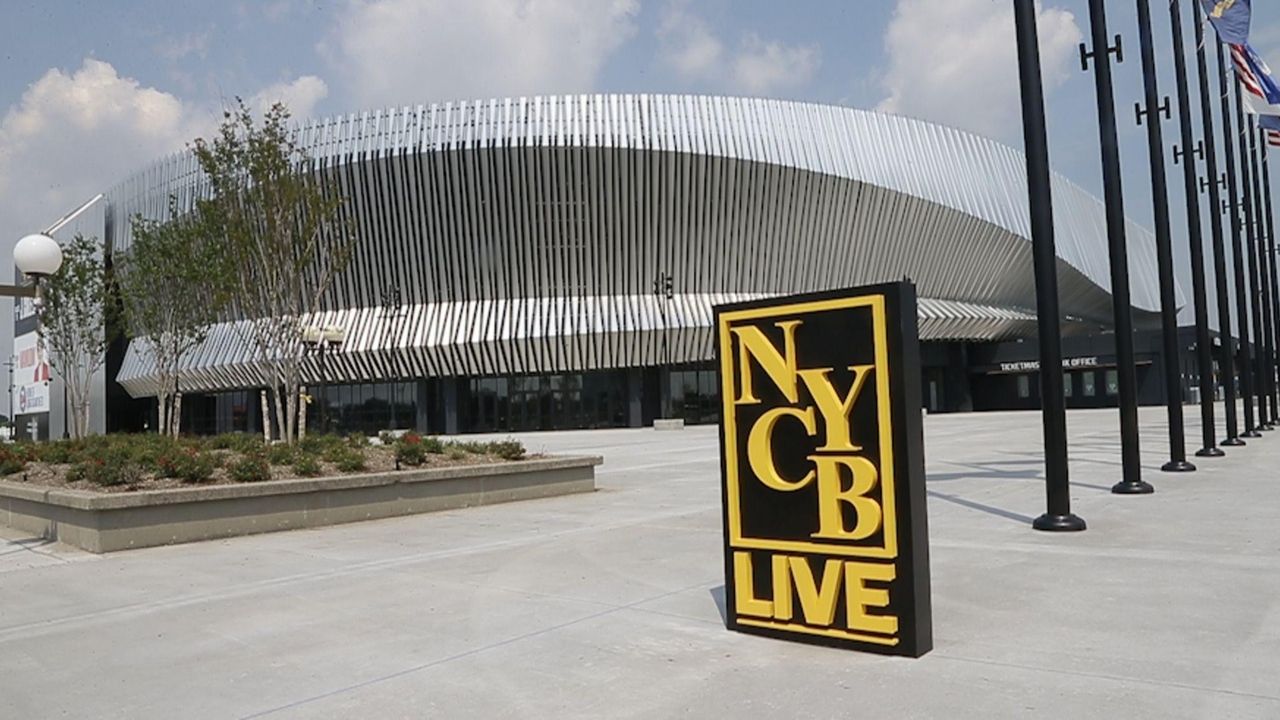 On Thursday, July 20, 2017, outside the Nassau Coliseum in Uniondale, Nassau lawmakers and Jewish community leaders called for the cancellation of Rogers Waters' upcoming concerts because of the former Pink Floyd bassist's support for a movement to boycott Israeli goods and services. Credit: Howard Schnapp

Nassau lawmakers and Jewish leaders on Thursday called on the operator of the Nassau Coliseum to cancel Rogers Waters concerts scheduled for September because of the former Pink Floyd bassist’s support for a movement to boycott Israeli goods and services.

The GOP-controlled county legislature last year passed a bill sponsored by Legis. Howard Kopel (R-Lawrence) prohibiting companies from doing business with the county if they boycotted or divested from Israeli businesses or supported sanctions against Israel.

The law is aimed at backers of the Boycott, Divestment, Sanctions movement, or BDS, which works to end international support for what it characterizes as Israel’s oppression of Palestinians.

At a news conference outside the Uniondale arena, Rabbi Jay Rosenbaum of Temple Israel of Lawrence called BDS a “morally bankrupt movement that promotes economic terrorism against Israel.”

Waters, an outspoken BDS supporter, has been criticized for using imagery such as a flying pig emblazoned with a Star of David and a dollar sign during his concerts.

Waters, who says he is peacefully protesting Israel’s policies, is set to perform at NYCB Live’s Nassau Veterans Memorial Coliseum on Sept. 15 and 16. Lawmakers noted that the Jewish holiday of Rosh Hashana begins on the evening of Sept. 20.

A spokeswoman for Waters’ tour did not respond to a request for comment.

But in a July 18 response, Jeffrey Gewirtz, chief legal and administrative officer at Nassau Events Center, which has a 49-year lease with the county to operate the arena, said Waters’ opinions are protected speech.

“NEC respects the constitutionally guaranteed rights of all people and therefore intends the Coliseum — under its stewardship — to be a venue that respects the expression and exchange of a wide variety of ideas and viewpoints,” Gewirtz said.

Gewirtz said Nassau’s BDS law does not apply to Waters because he does not have a contract with the county.

Kopel said NEC was “showing contempt” for residents by hosting the concerts. “Don’t let NEC make any profit off this shameful and horrible performance,” he said.