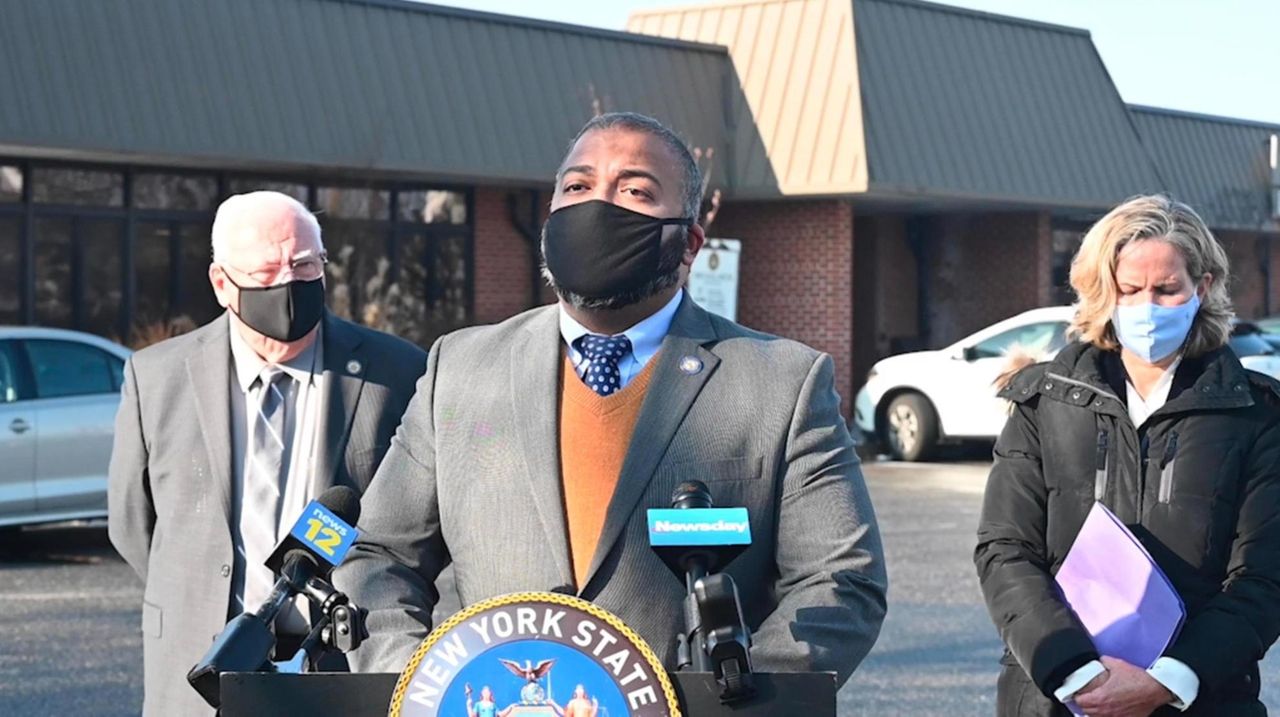 "We began an investigation last week when we learned of these allegations," spokesman Brendan Brosh said in a statement.

On Monday, Sen. Kevin Thomas (D-Levittown) alleged at a news conference outside Oyster Bay Town Hall South in Massapequa that the solicitations sent in September from Deputy Town Supervisor Gregory Carman Jr. targeted town employees and asked for different amounts of money based on their salary level.

"The higher the salary of the employee, the higher the political donation request from Carman," Thomas said. Thomas called the solicitations part of a "shameful, pay-to-play political scheme."

The letters sought contributions of $250, $500 or $750 to the Farmingdale Republican Committee, of which Carman is the leader, according to copies of the letter provided by Thomas.

Nassau County Executive Laura Curran, a Democrat, said at the news conference that a "systematic effort to fundraise based on tiers, of raises and of salaries puts a huge dent in public trust."

"It’s taxpayer money that is turned into a kind of tithe," Curran said.

Newsday independently received copies of the same letters, which spokesman Bill Corbett, of the Farmingdale Republican Committee, confirmed were authentic.

"During my time as Executive Leader of the Farmingdale Republican Committee and as Deputy Town Supervisor of the Town of Oyster Bay, many people have witnessed good government and its positive impact on our community," the letter said. "Those achievements happen because of the loyalty and dedication of people like yourself."

"All campaign fundraising is done within the letter of the law," the statement said. "This is clearly a political stunt by a desperate County Executive and her cronies who want to distract voters from her record of hiking property taxes on 65 percent of Nassau homeowners."

Newsday previously reported that from March to the beginning of October the Oyster Bay Town Board approved raises to 151 employees, totaling $665,420, without public discussion. The names of at least 32 employees who received those raises, according to town records, matched names filed with the state campaign finance board as having made contributions to the Farmingdale Republican Committee from September through November in amounts of $250, $500 or $750.

Thomas said the solicitations showed a "disturbing pattern" in light of Carman’s "inside access to confidential employment files" and authority to recommend or deny raises or promotions.

New York State campaign finance law makes it a misdemeanor for government officials and employees to use their "authority or official influence" to compel the payment of "political assessments," but, state board of elections spokesman John Conklin said, the statute does not define political assessments. The statute also does not prohibit voluntary contributions.

Sen. James Gaughran (D-Northport) said at the news conference that he had introduced a bill in the State Legislature that would prohibit appointed government officials from also serving as political party officials.

"During these difficult times we want our public officials to be worried about this pandemic … They should not be focused at all on politics," Gaughran said.

Oyster Bay deputy supervisor 'may have violated' town's ethics code, DA saysThe district attorney's office said in a letter that Oyster Bay Deptuy Town Supervisor Gregory Carman Jr. solicited political contributions from town employees based on salary information in possible violation of the town ethics code, but it did not find sufficient evidence to charge him with a crime.