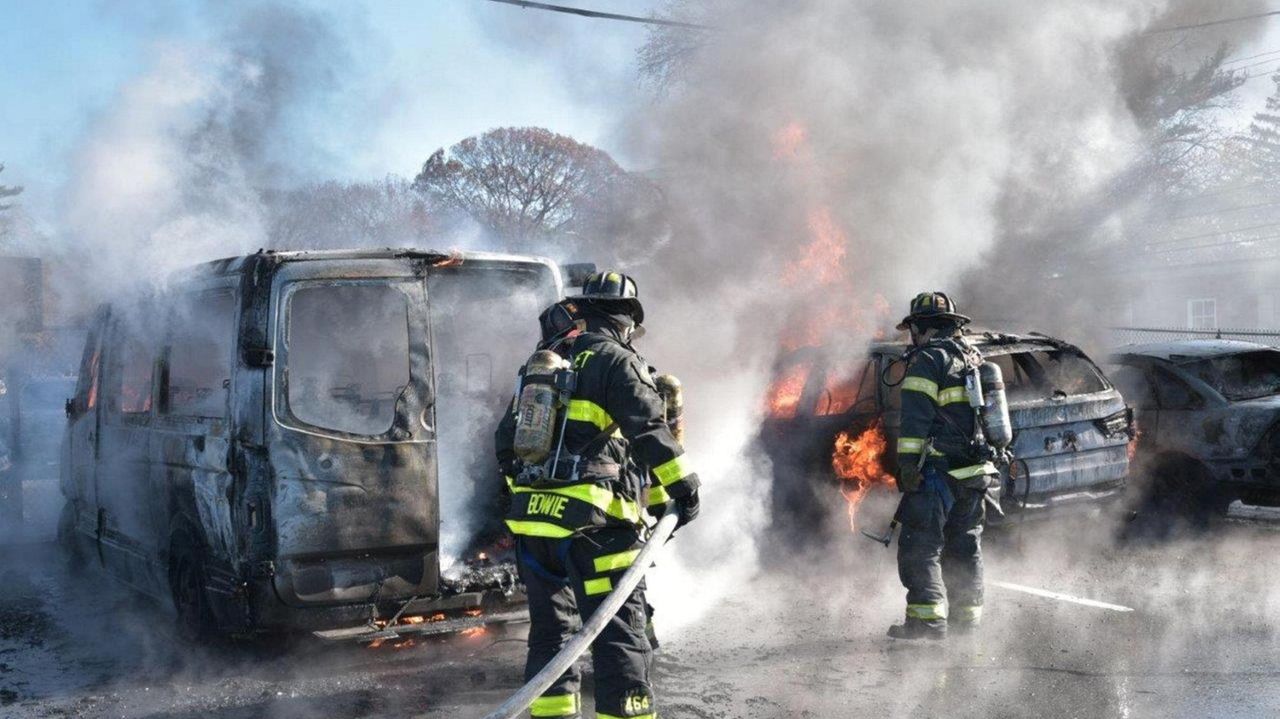 Three cars and a van were destroyed and several other vehicles damaged Wednesday by a fire at a Town of Oyster Bay parking lot in Syosset. Credit: Stringer News

Three cars and a van were destroyed and several other vehicles damaged by a fire that swept through a Town of Oyster Bay parking lot in Syosset Wednesday.

The fire at the public lot on Ira Road was reported in a series of 911 calls at 11:14 a.m., Nassau County police said. There were no reported injuries.

The Syosset Fire Department responded to the scene, where winds drove the fire through a section of the lot. Photos from the scene showed the burnt-out hulks of the destroyed vehicles and several other vehicles damaged.

Police said the investigation into the cause of the fire is continuing.