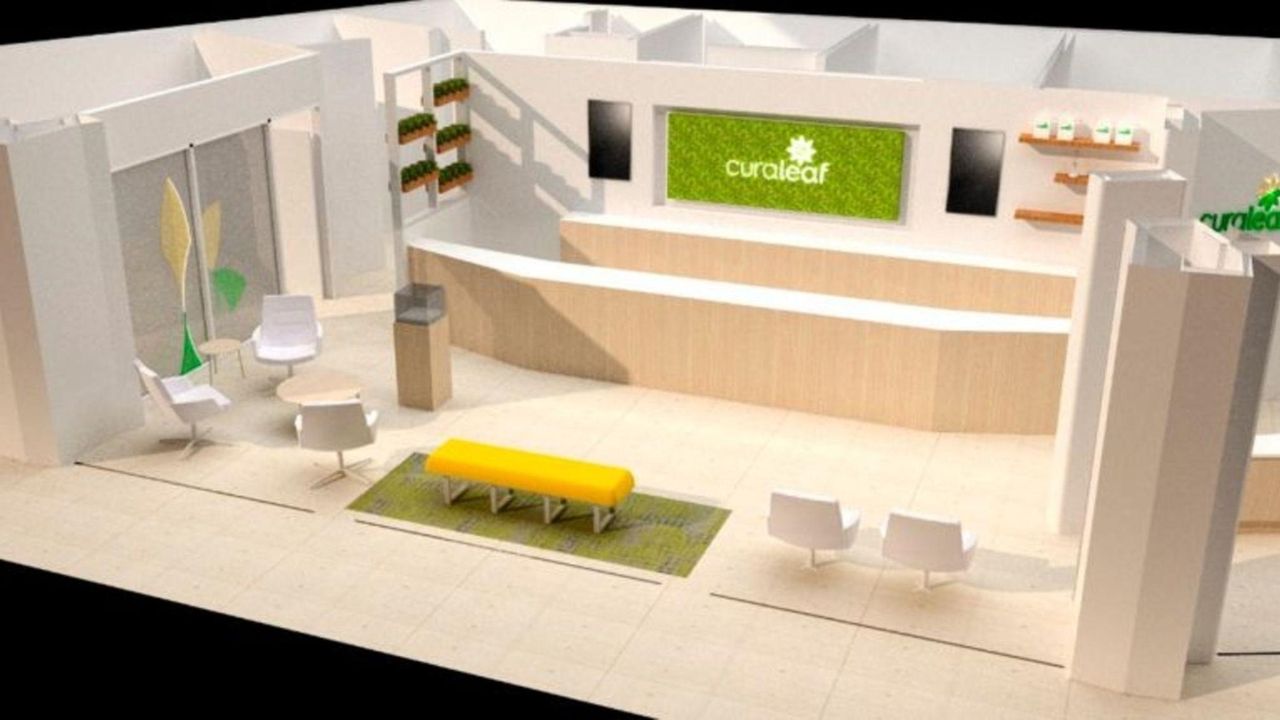 PalliaTech officials went before the Town of North Hempstead Board of Zoning appeals on Wednesday, to discuss plans for a new medical marijuana dispensary in Carle Place. Credit: Newsday / Christine Chung

A Massachusetts-based medical marijuana company is awaiting a decision from North Hempstead Town’s Board of Zoning Appeals about its plans to open a dispensary in Carle Place.

Representatives from PalliaTech appeared before the board Wednesday morning to request that the dispensary be categorized not as a medical office, but as a retail use, which would require five fewer spaces than the 45 required under town zoning laws.

PalliaTech’s attorney, Kathleen Deegan Dickson of Uniondale-based Forchelli Deegan Terrana LLP, said that the dispensary would not involve the practice of medicine, but would essentially be a pharmacy for a patient base that is carefully screened.

“There are television shows that show places out in California or Colorado that are a completely different animal than what is being proposed here,” Deegan Dickson said. “It is not a wellness center; it’s really a medical pharmacy.”

PalliaTech submitted a building permit application with the town on Dec. 21 to open a dispensary to be called Curaleaf at a 3,000-square-foot former optical office at 255 Glen Cove Rd. in Carle Place. The property’s owner, ERG Commercial Real Estate, would continue to operate its office on the building’s second floor.

Zoning board members asked about the dispensary’s staffing and selection of available medicine. Company officials responded that there would be about six employees, including an unarmed security guard, and that all products, ranging from pills to tinctures, would be stored in a secure bank vault.

PalliaTech officials said that they were now multiple months behind schedule after delays, such as a February disapproval by the Building Department because of a parking space deficiency.

PalliaTech president and Chief Executive Michelle Bodner said that they now hoped to begin construction promptly for an early summer opening. The company has a 10-year lease on the property.

If approved, the location would be the town’s and Nassau County’s second dispensary, joining one that opened in January 2016 in Lake Success. The state Department of Health has also authorized a third location, which has not yet been announced, to be opened by Manhattan-based Fiorello Pharmaceuticals.

As of Tuesday, more than 52,000 patients were registered in New York to be treated with medical marijuana, which requires a doctor’s certification for individuals with eligible serious illnesses.

PalliaTech officials previously said Carle Place was selected for its proximity to patients and the Northwell hospital system. Some community members have been less than enthused about the choice, expressing concerns about both the business’ operations and its potential to exacerbate the area’s existing traffic and parking woes.

Jose Henriques, of Carle Place, said that he never imagined a dispensary would open in the neighborhood and feared the price of his home would be devalued.

“I never see this stuff, never used this stuff,” Henriques said. “Now, with the store in front of my house, how much do you think it is going to be?”

Deegan Dickson said that while she understood the trepidation about “something new and unknown” coming to neighborhood, the reality was that dispensaries were authorized by the state and would help many gravely ill patients.

“This isn’t a fly-by-night, fun, feel-good operation. This is a serious medical use. . . . We don’t anticipate any negative effects on the neighborhood.”