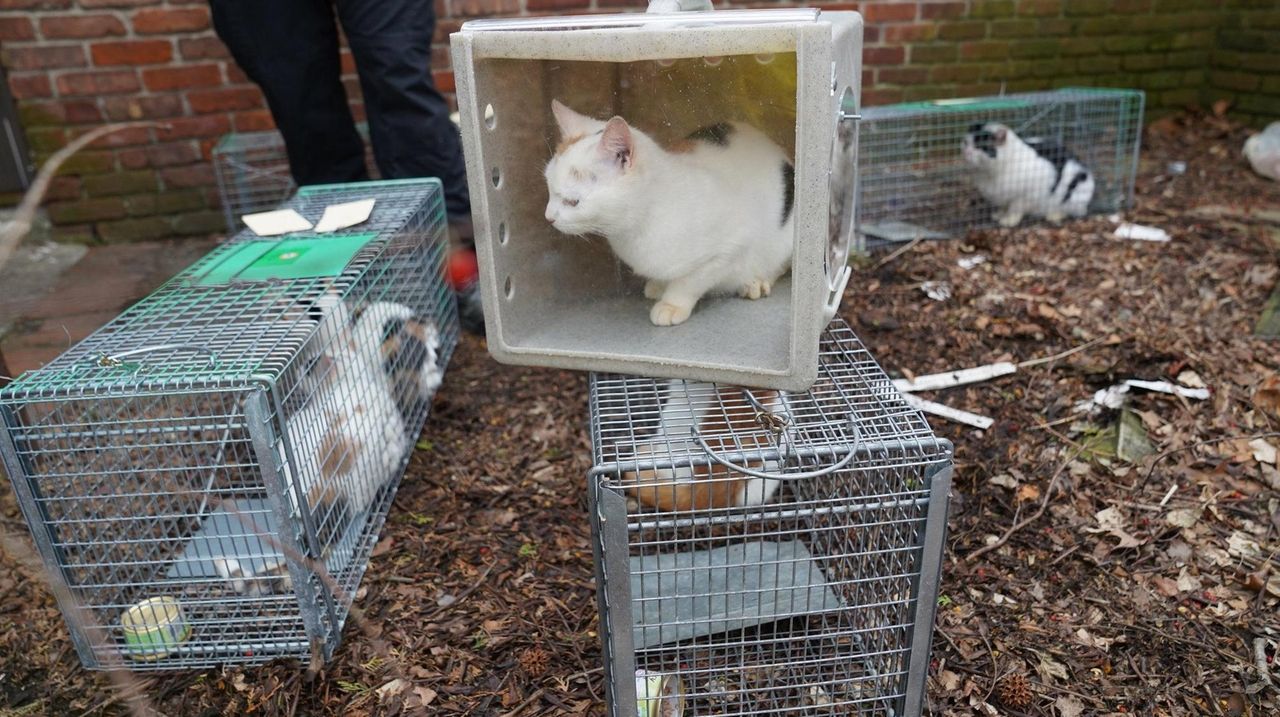 Gary Rogers, a detective with the Nassau County SPCA, spoke about the 11 cats rescued from a squalid home in Valley Stream on Wednesday. Credit: Jim Staubitser

Authorities rescued 11 cats from a squalid home in Valley Stream Wednesday and will return to the residence Thursday in hopes of saving more felines, officials said.

“It was a horrendous situation,” Rogers said. “The house had an odor emanating from it. The cats were traumatized. They probably haven’t had a breath of fresh air in their whole lives.”

Police alerted the Nassau SPCA that a woman was removed from the home and hospitalized Tuesday, which prompted authorities to obtain the search warrant, Rogers said. No one went into the home Tuesday because it was without power, he said.

Close to 25 cats could have been in the home amid garbage, floors covered by feline excrement and urine, as well as a bathroom containing two feet of human feces, Rogers said.

“There were piles of garbage in the house," he said, "numerous places for them to hide.”

Authorities will try to lure the remaining cats into cages with food, Rogers said.

Nassau prosecutors will determine if the resident will be charged, according to Rogers, adding that the cats rescued Wednesday were taken to the Hempstead Animal Shelter for spaying, neutering and cleaned so they’re adoption-ready.