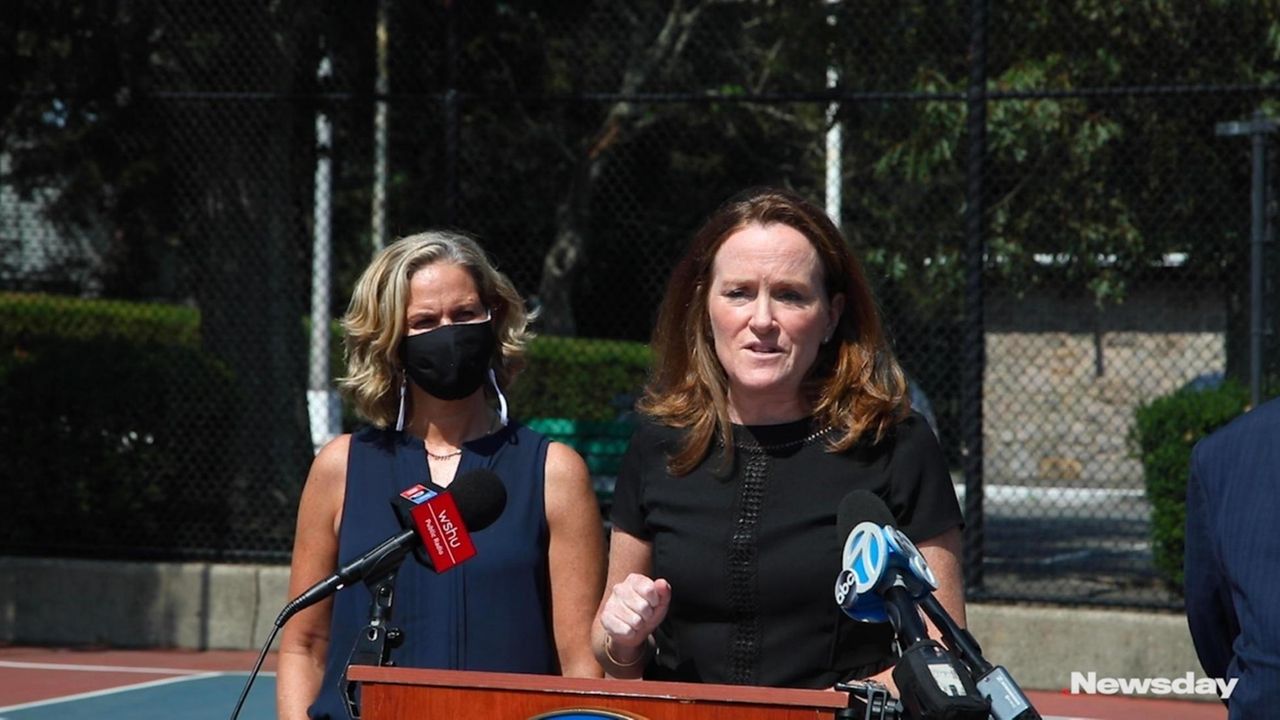 Alarmed by census 2020 self-response rates of around 50% in several Nassau communities of color, politicians and community advocates, led by Rep. Kathleen Rice, gathered in Roosevelt Tuesday, urging residents to answer the census before the Sept. 30 deadline.

"I cannot stress enough how incredibly critical it is that we get a complete and accurate count in the 2020 census for Long Island," said Rice (D-Garden City). She listed several programs — including Head Start, the national School Lunch program and infrastructure improvements — whose funding nationwide is affected by the once-a-decade population count. Rice said the census impacts the distribution of at least $675 billion annually — and one academic researcher puts the figure even higher, at $1.5 trillion — to states and municipalities.

"The bottom line is this: The more people we count, the more funding we get for our community," Rice said as she stood with the delegation of politicians and advocates at the Rev. Arthur Mackey Sr. Park in Roosevelt, where, she added, the self-response rate recently was 53%.

Rice said "communities of color have historically been undercounted in the census." The percent of residents who have filled out the census so far was 49% in Hempstead Village, 53% in Elmont and 54% in Freeport, she said.

Nassau County's self-response rate to date was 72.3%, the highest among New York's 62 counties. Suffolk's rate was 65.2%, according to the U.S. Census Bureau.

"Just a 1% undercount would result in a $110,000 loss in federal education funding for our district in Nassau County," Rice said. "That is the equivalent of a year's worth of text books for 440 students."

While noting there were legal challenges to the Census Bureau's decision to cut short its door-knocking campaign by one month at addresses where residents have yet to answer the census — after originally saying it would extend it until Oct. 31 because of the coronavirus pandemic — Rice and others urged residents to fill out the census now.

While a legal ruling prevented the Trump administration from including a citizenship question on the census, Nassau County Executive Laura Curran said there continues to be a "chilling effect" among some immigrants about taking part in the population count. But she added, "there's nothing to fear here."

State Sen. John Brooks (D-Seaford) said when half a community is counted, it winds up being only "half of a vote" when legislative redistricting comes, which is based on the census count.