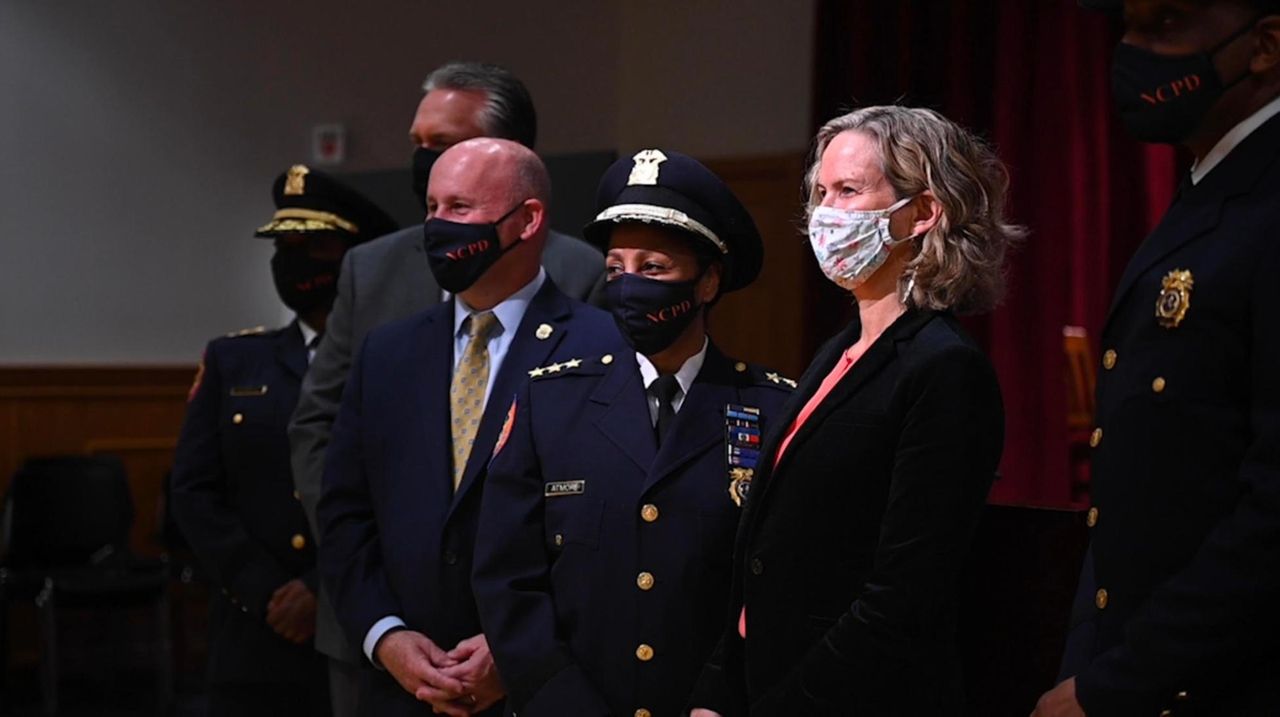 An African American woman has, for the first time, been promoted to the position of chief of support for the Nassau Police Department, overseeing the division that includes technology, communications and the body camera program.

"This is a historic time. It’s also a challenging time, in the goal to reimagine policing in America," Atmore said during her promotion ceremony in Mineola. "Nassau County has always embraced community policing and always worked toward building positive relationships with the community."

Atmore is the third African American to be promoted in recent years to a high-ranking position in the department, along with Chief of Detectives Keechant Sewell and Stephen Palmer, who became chief of department.

Nassau County Police Commissioner Patrick Ryder said Atmore and others’ promotions were important for community relations and to increase diversity with the most qualified candidates.

"They’re not there because of the color of their skin, but due to their ability, work ethic and dedication to Nassau county and the department," Ryder said. "All three are great citizens. It’s important the world sees they are promoted by ability, not by race. The opportunities for any young Black kid out there are endless. It takes work and there are no free rides here."

Ryder said Atmore will oversee a staff including civilian technical support staff and sworn officers. Her most important role will be to take charge of the rollout of the department’s body camera program, including following security protocols, transferring data and preparing video for court proceedings, Ryder said.

Atmore started with Nassau County police in 1995 as an officer in the Third Precinct, which includes Garden City and Mineola. When she was promoted to sergeant, she was assigned to the Internal Affairs unit. She also led the detective squad in the Seventh Precinct that includes Wantagh and Merrick.

She was later promoted to captain, inspector and deputy commanding officer in the Fourth Precinct, which includes Oceanside and the Five Towns, before being promoted to deputy chief of the support division — one of three major divisions in the department. The others are patrol and detectives.

She is also a graduate of the FBI National Academy and has a master’s degree in homeland security.

"The fact she is a woman of color adds to the trust in the community," Ryder said. "That is a great image for our police department and the fact they have true leaders. And she’s a true leader."