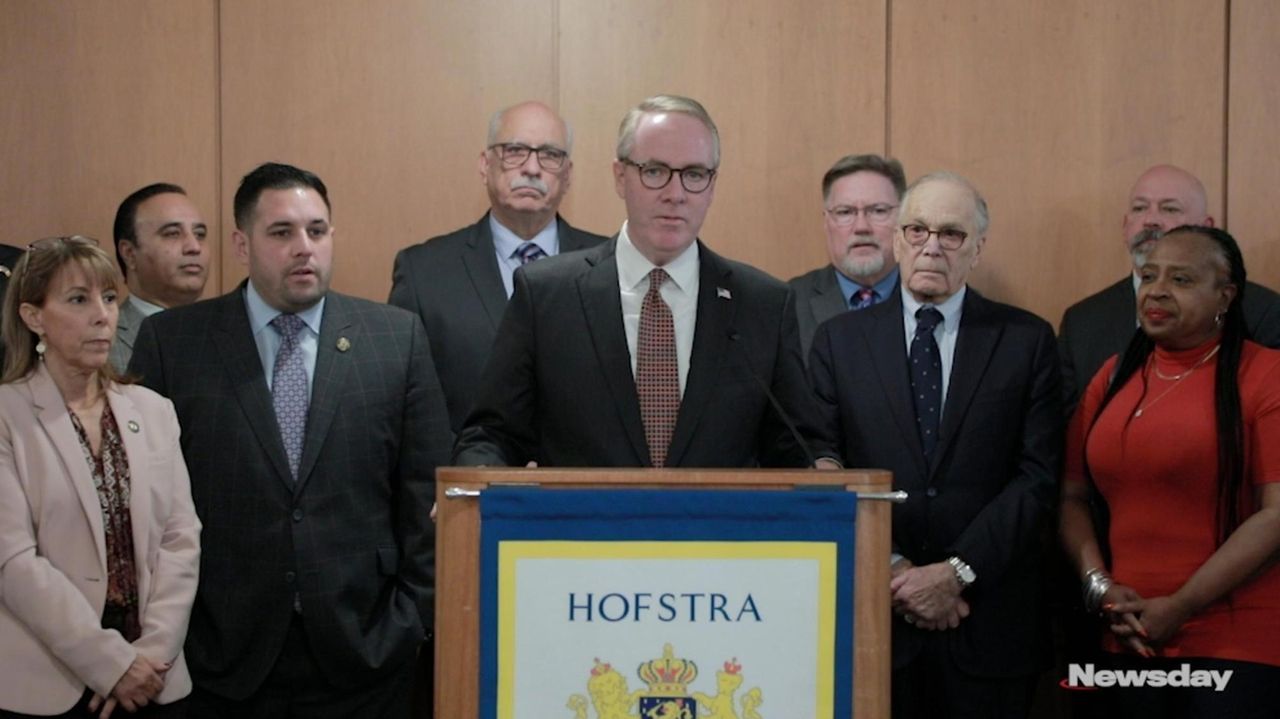 Hempstead Town Supervisor-elect Don Clavin has assembled a large committee of elected officials, civic leaders and local business representatives to help him craft his agenda as he prepares to assume office early next year.

The group, to be chaired by Rep. Peter King (R- Seaford) and Hempstead Village Attorney Cherice Vanderhall, will advise Clavin, the town's longtime tax receiver, on topics including reforms in the town Building Department and the proposed Nassau Hub and Baldwin redevelopment projects, Clavin said at a news conference Monday.

"This transition committee is going to help us really focus and find ways to accomplish the real reforms the residents expect," he said at Hofstra University Monday morning, flanked by dozens of committee members.

Clavin said Gillen would not be on the committee, although he plans to meet with her to discuss the transition in the coming weeks. He said he was not ready to announce who will staff his administration, although he reiterated his pledge to cut the budget of the supervisor's office by $1 million.

In describing his agenda, Clavin voiced support for the Hub and Baldwin redevelopment proposals, and said the Building Department would be a "major focus."

Gillen has called attention for more than a year to allegations of corruption and mismanagement in the Building Department related to its permitting process and its assessments of property damage caused by superstorm Sandy. She said in September that the Nassau County district attorney is investigating the agency.

Clavin said Gillen's calls for an outside audit of the department were "premature," but he said he plans a "thorough review" of the agency.

Binghamton University student from LI dies in hiking accident
Cuomo: NY 'fully back' to lower virus levels from holiday surge
1:35
For LI's vulnerable homeless population, a place to get vaccinated
EX-NYPD officer pleads guilty to obstruction in murder-for-hire plot
Parking passes for Bethpage Air Show go on sale Monday, Cuomo says
Should kids get a shot? Long Island parents differ on COVID-19 vaccine
Didn’t find what you were looking for?