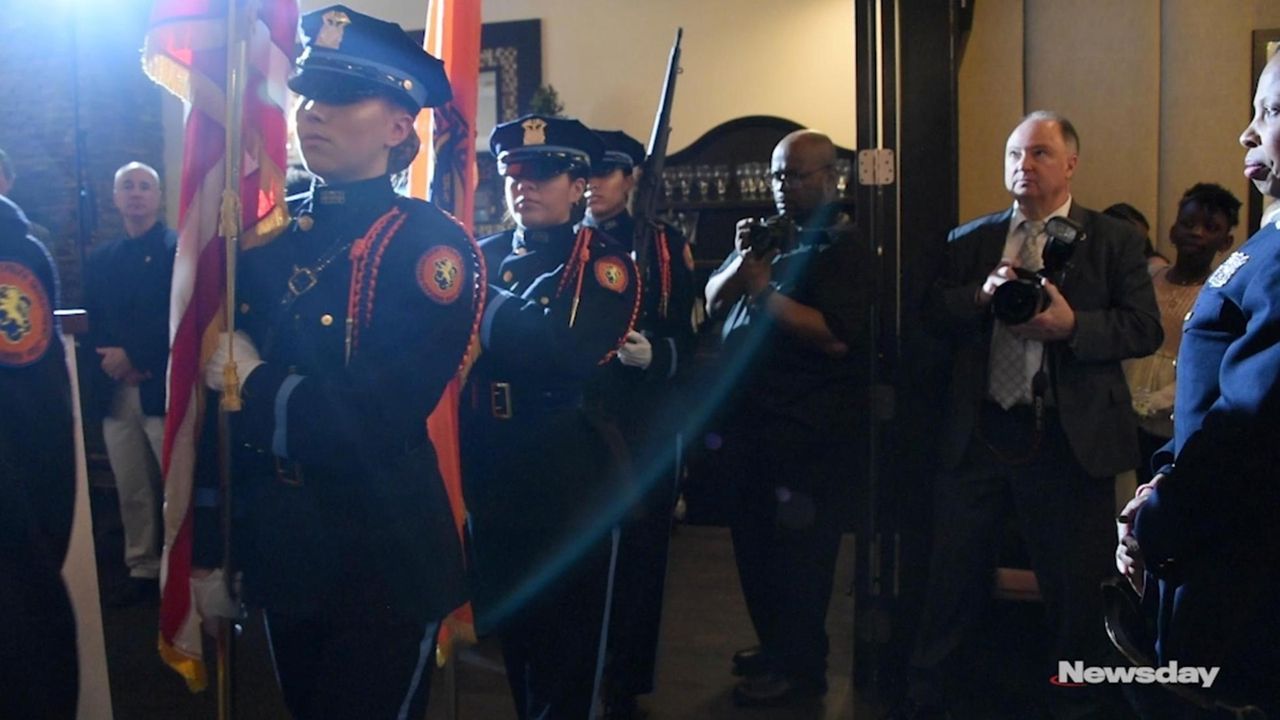 Thirty-four Nassau County girls sat down for lunch with Nassau County police officers Saturday afternoon, as part of an effort to strengthen the relationship between police and the community and encourage the girls to set ambitious goals.

“I’m looking at future presidents, senators, doctors, lawyers,” Police Commissioner Patrick Ryder told the girls. “That’s what you can be in life if you work hard at it.”

After the speeches, the girls chatted with cops over meatballs, fried zucchini and chicken parmigiana at the white-tablecloth Matteo’s of Roslyn Italian restaurant.

The Cops and Curls Commencement Day followed an all-day mentoring program April 6, in which the girls met accomplished women, including women of color, were taught about the importance of self-esteem and learned about healthy eating and relationships. On the previous Saturday, the girls picked out the donated fancy prom dresses they wore to the lunch.

Most of the girls, ages 9 to 13, were African-American and Latina, many from families with limited resources.

The police, in turn, learn more about the communities they patrol, said Blue, who proposed the program to Ryder after she heard of a similar effort in Virginia.

“We can better understand each other’s perspectives and see each other as friends or friendly toward each other instead of the negative image you sometimes see in the media,” she said.

Organizations representing black, Hispanic and female police officers in Nassau County sponsored the program, along with the private Nassau County Police Department Foundation, which paid for most of the costs.

“A lot of girls and boys who are minorities will be first-generation police officers,” she said. “To see someone who is like them on the police department may open their eyes that this is something they may be able to accomplish.”

Ojeda encouraged the girls to remain focused and resolved, no matter what career path they choose.

Amiya Mitchem, 13, of Baldwin, said that “seeing all these women here has changed my point of view” and made her more self-confident.

“They taught me that when I want to do something, to really have determination and to not let anyone stop me,” she said.