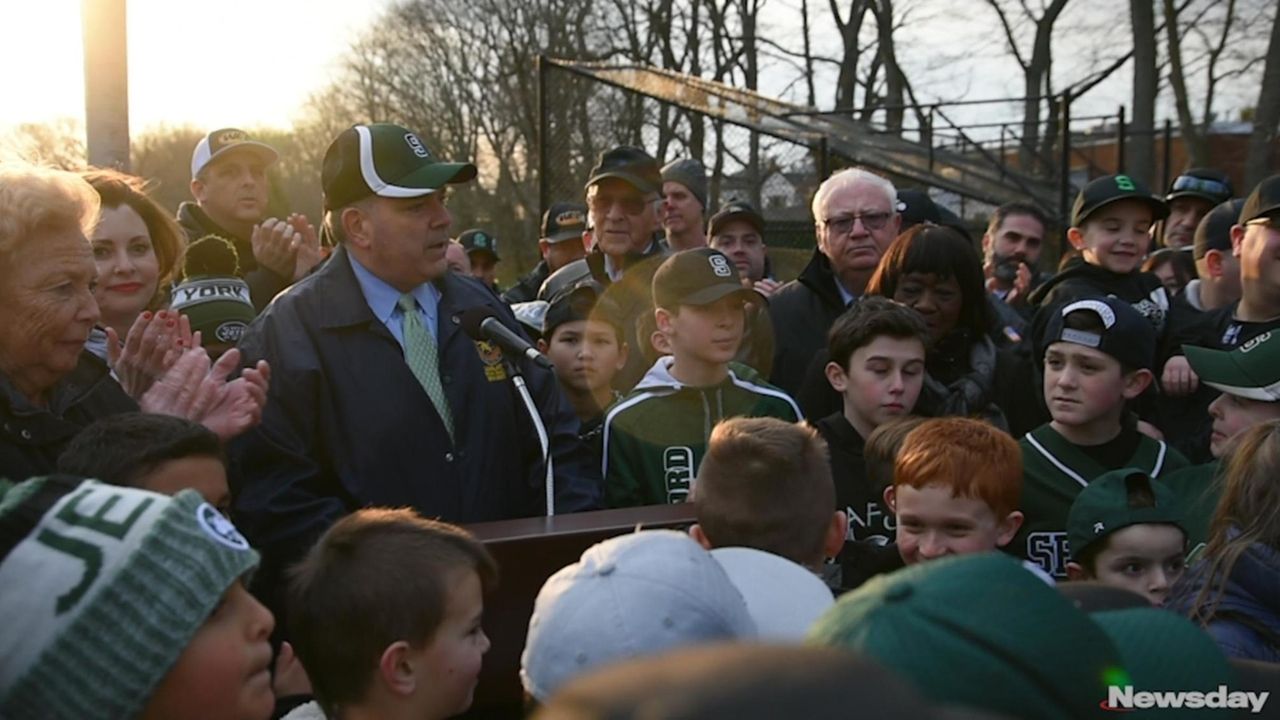 Republicans on the Nassau Legislature on Thursday introduced a bill to block County Executive Laura Curran from charging thousands of dollars in fees to Little Leagues, nonprofits and seniors to use county ballfields that for years have been available to them for free.

The move by the majority GOP came as youth leagues that were hit this month with the fees — some in excess of $15,000 — were scrambling to find alternative locations to play only weeks before their seasons were to begin.

Under a 2014 ordinance approved by the legislature, the county parks commissioner has the discretion to waive fees for youth leagues and nonprofits.

Curran, a Baldwin Democrat, stopped granting waivers to youth associations and nonprofits to play in county parks, saying the revenues were needed because the county faces a “fiscal crisis.”

The Republican legislation would prohibit the county from imposing the fees for “organizations serving Nassau County’s youth and senior populations or established for charitable purposes.”

Legis. Steve Rhoads (R-Bellmore) said the measure will pass the legislature when it meets March 26.

“I hope the county executive sees the handwriting on the wall and will stop using kids as pawns,” said Rhoads, who hosted a rally against the fees Thursday night at Washington Avenue Park in Seaford.

Curran declined to back down.

“These waivers are out of control and it’s my job to rein them back in,” Curran said in an interview.

She said many leagues request blanket waivers for use of fields, preventing other groups from playing there.

“I know it’s going to be painful. But we are in a fiscal crisis,” Curran said.

Curran called the GOP bill “overly broad.” The legislation, she said, would prevent the county from collecting nearly $600,000 in fees that were waived last year. The bill as written also could exempt fees the county already is collecting for use of fields with lights, she said.

Rhoads said Curran has little chance of recouping all the fees as youth groups will seek to move to fields run by towns, villages and school districts.

The Seaford Little League, which received a $16,000 bill on March 1 to play on two fields in Washington Avenue Park, is seeking alternative locations from the Town of Hempstead. Or the season could be cut from 12 games per team to 10, said league president Steve Brown.

“We can’t afford it,” Brown said. “We don’t have the money and it’s not fair to go back to parents, who have already paid their registration.”

The Nassau Police Benevolent Association said Thursday it would provide “tens of thousands” of dollars for leagues that cannot afford the permits. Details about the specific amounts were still under discussion, the PBA said.

Krieb said while many leagues use the ballfields free of charge, Parks Department employees must maintain and occasionally upgrade the facilities, on the taxpayer dime.

“The county is not expecting to make a profit here,” she said. “We’re just looking to break even.”

Richard Kahn, vice president of the Hewlett-North Woodmere Little League, said he expects to receive a bill for about $13,000 to play this spring and summer at Grant Park in Hewlett and North Woodmere Park. The league will pay the bill, Kahn said.

“I am not thrilled with the expense but I understand why the county is doing it,” Kahn said. “It’s better than raising property taxes.”

Other groups don’t have the financial reserves.

The Long Island Senior Softball Association, with 350 men over the age of 60, was billed $15,000 to play at Cantiague Park in Hicksville this season. Michael Santo, a Bellmore attorney who represents the association, said the fee will kill the league.

“This is outrageous,” Santo said. “These are county taxpayers who already pay for these parks. There’s absolutely no reason to do this.”

Forecast: Snow is falling on parts of LI
On the front lines of omicron: It 'hit us like a tidal wave.'
Barge off Long Beach surveys best route for wind-powered cable
Forecast: Up to 3 inches of snow for parts of LI
Wounded toddler the latest victim as NYC shootings spike
Teen testifies Uber driver asked her out for drinks, canceled her planned route
Didn’t find what you were looking for?