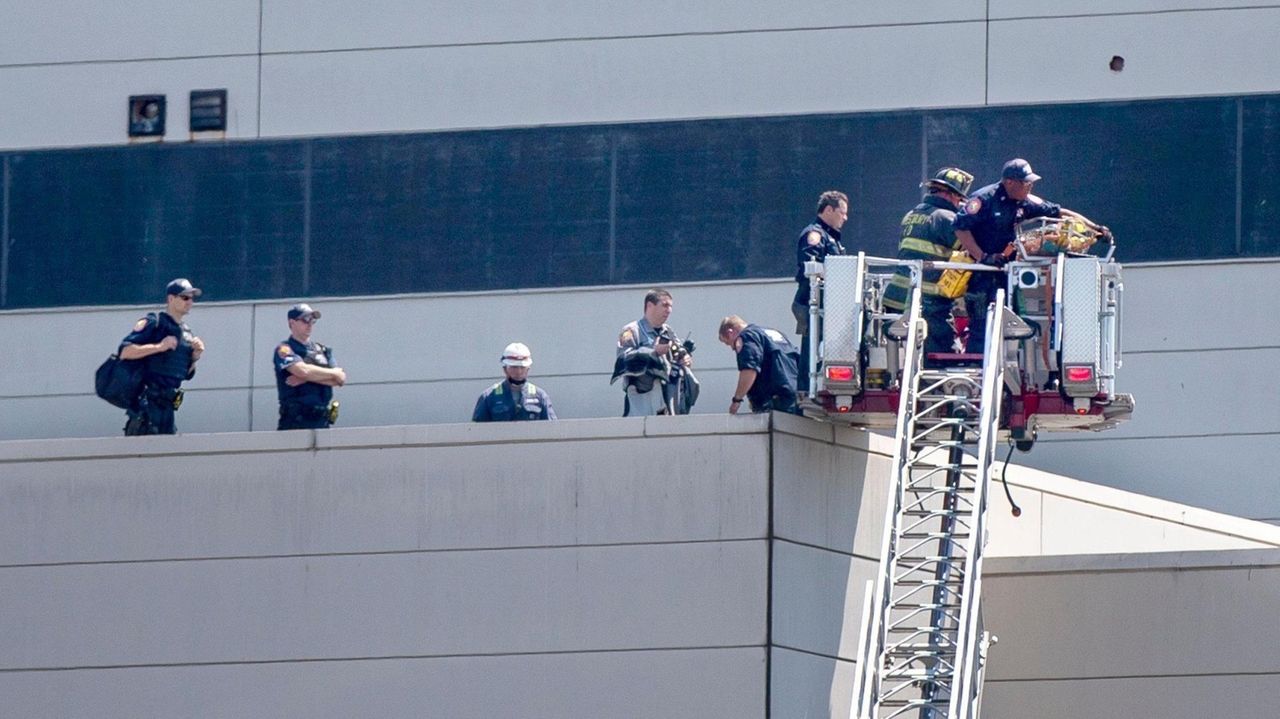 The rescue happened at 10:45 a.m. Tuesday, police said. Officers who arrived at the plant determined that the worker had fallen through a hatch on the roof. The man had fallen about 20 feet onto another tier of roofing, police said.

Police and firefighters, as well as an aviation unit, had responded to the scene, at 600 Merchants Concourse, officials said.

The investigation is ongoing, police said.