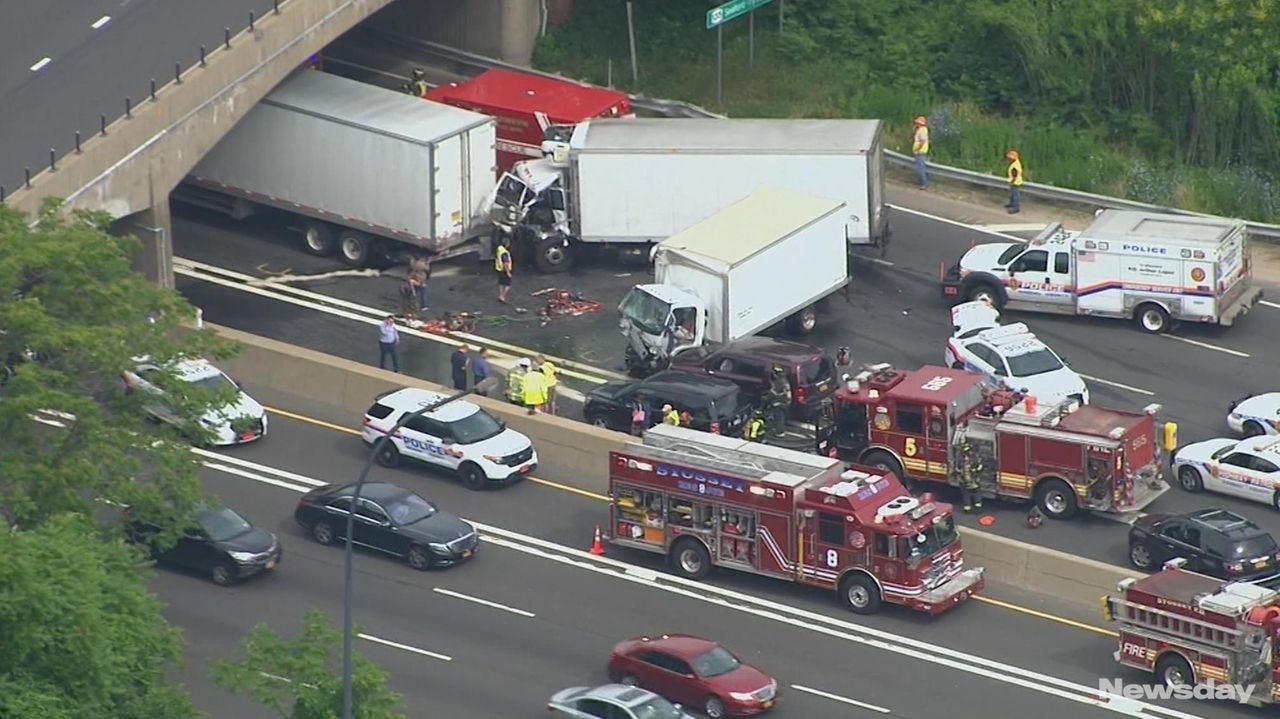 Six people were injured, two seriously, in a multivehicle crash on the Long Island Expressway near Syosset Wednesday, police said.

Vehicles had been diverted to the service road, causing long backups. Just before 1 p.m., traffic remained backed up nearly to the interchange with Route 110 in Melville, according to a state Department of Transportation website.

Some fluid, which the police spokesman could not immediately identify, was spilled onto the pavement. If it was gasoline or another fuel, it would be considered hazardous.

LI restaurants, theaters push back on state's vaccine suggestion
It will take just over 2 weeks for all LI schools to welcome back students
These restaurants, employers, colleges and NYC theaters will be requiring COVID-19 vaccines
Report: Thousands of MTA employees don't use time clocks designed to prevent fraud
Four LI hospitals ranked among Top 50 in U.S. in medical specialties
Overpass in Lawrence to be renamed for civic leader
Didn’t find what you were looking for?