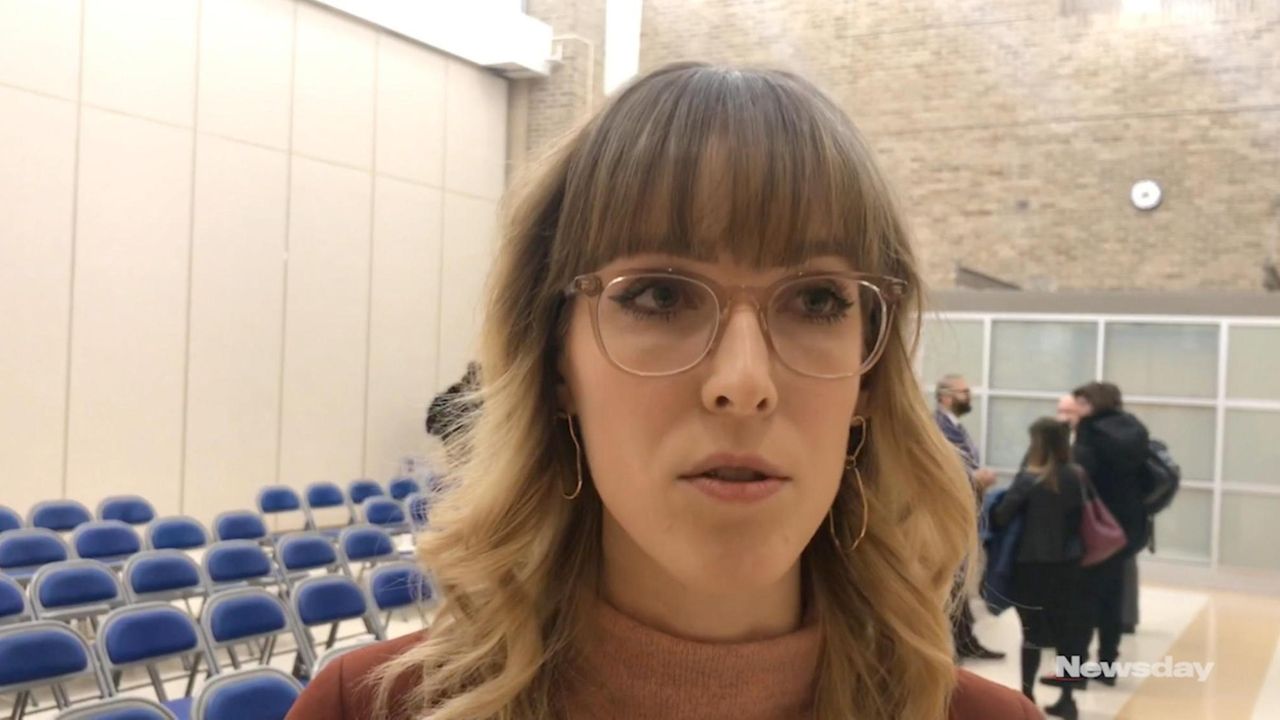 To broaden support for changes to how defendants are prosecuted in New York, advocates this week called for a focus on conservative values — rather than arguments like social justice.

The advocates said they hope that appealing to principles like lower taxes, small government — and the experiences of tough-on-crime states like Texas — can convince Long Islanders to back some of the biggest changes since the 1970s to how New York prosecutes defendants.

“If you talk about it like it’s a social-justice issue, they will just look at you like, ‘What are you talking about?’ ” said Lauren Krisai of the Justice Action Network, which aims to unite the political left and right. "But if you talk about it in a way that's, like, look, this is going to save money. ... I think that they'll start to sort of understand where you're coming from."

A group called New Yorkers United for Justice hosted a panel Friday at Hofstra University to discuss proposed laws to revamp prosecutions in New York. Among the changes being debated in Albany are an end to cash bail for certain crimes and a sped-up timeline for when defendants can see the evidence — also known as "discovery" — against them.

Currently, prosecutors can wait until just before trial — even technically the day of trial — to provide discovery to the defense. Advocates say this limits defendants' ability to challenge the evidence, weigh whether to accept a plea deal, and otherwise defend themselves.

Krisai, who spoke on the panel, said traditional "social justice" arguments might not resonate with someone “who might be a Trump supporter or has voted Republican their whole lives.”

She and other speakers said proponents looking to garner support for the proposed laws should focus on how much the system costs taxpayers and cite figures that show how reducing imprisonment reduces crime and allows the government to focus on the most dangerous criminals.

For instance, CNN commentator Van Jones said, it costs taxpayers $70,000 a year to incarcerate someone.

"That's not right or left, that's right or wrong," according to Jones, who said Christian values of second chances also support his position. "How can you spend $70,000 per year, per person, locking people up when they come home, they come home bitter and not better?"

New Yorkers United for Justice leader Khalil Cumberbatch, 36, who served 6½ years in state prison for an armed robbery and was later pardoned in 2014 by Gov. Andrew M. Cuomo, added: “I know taxes out on the Island is something that is a very sensitive subject.”

Bail, as currently configured in New York, sets up a two-tiered system where poor people who can’t afford to pay languish in jail before their cases are resolved, advocates say.

In an interview Friday, Nassau County District Attorney Madeline Singas said that while she would be willing to compromise on the proposals, she believes prosecutors should be able to convince a judge to make an exception to mandatory release in certain cases. The current legislation denies prosecutors this opportunity, she argued.

She also wants fewer crimes eligible for automatic release, such as certain degrees of sex crimes and terrorism support.

Singas also opposes the proposed mandate that prosecutors turn over discovery material within 15 days of arraignment, arguing that producing evidence in some types of cases can, and should, take longer — for instance, witness information in sensitive cases involving a gang where there could be intimidation or tampering.

The proponents of the revamp counter that a prosecutor would be able to seek a confidentiality order from a trial judge on a case-by-case basis if the prosecutor believes there is a special need.

Singas said she would support a bill that accelerates disclosure pegged to a trial date. Her aide, executive assistant district attorney John Byrne, suggested that legislation prescribe a range depending on the type of crime.

Byrne said that he would like to see the New York legislation incorporate some of the discovery rules used in Texas, including limiting certain witness information to defense lawyers and mandating evidence be provided to them based on practicability, rather than the 15-day timeline being floated in Albany.

New Yorkers United for Justice, which was founded this year, is spending $500,000 to run a television ad featuring the case of Michael Mortan, a Texas man whose exoneration led that state to give defendants' earlier access to discovery.

The ad will run for two weeks, ending next week, and will concentrate on Long Island, Westchester, the Hudson Valley and the Capitol Region, according to a spokesman for New Yorkers United for Justice, Jon Reinish of the firm SKDKnickerbocker. Reinish said the group is funded by other nonprofits such as the NAACP, with help from donors such as music executive Jason Flom, securities trader Rob Granieri, and hedge funder Dan Loeb and his wife, Margaret.

Jones said much of what New York advocates want is backed in more conservative states such as Mississippi, Georgia and Texas.