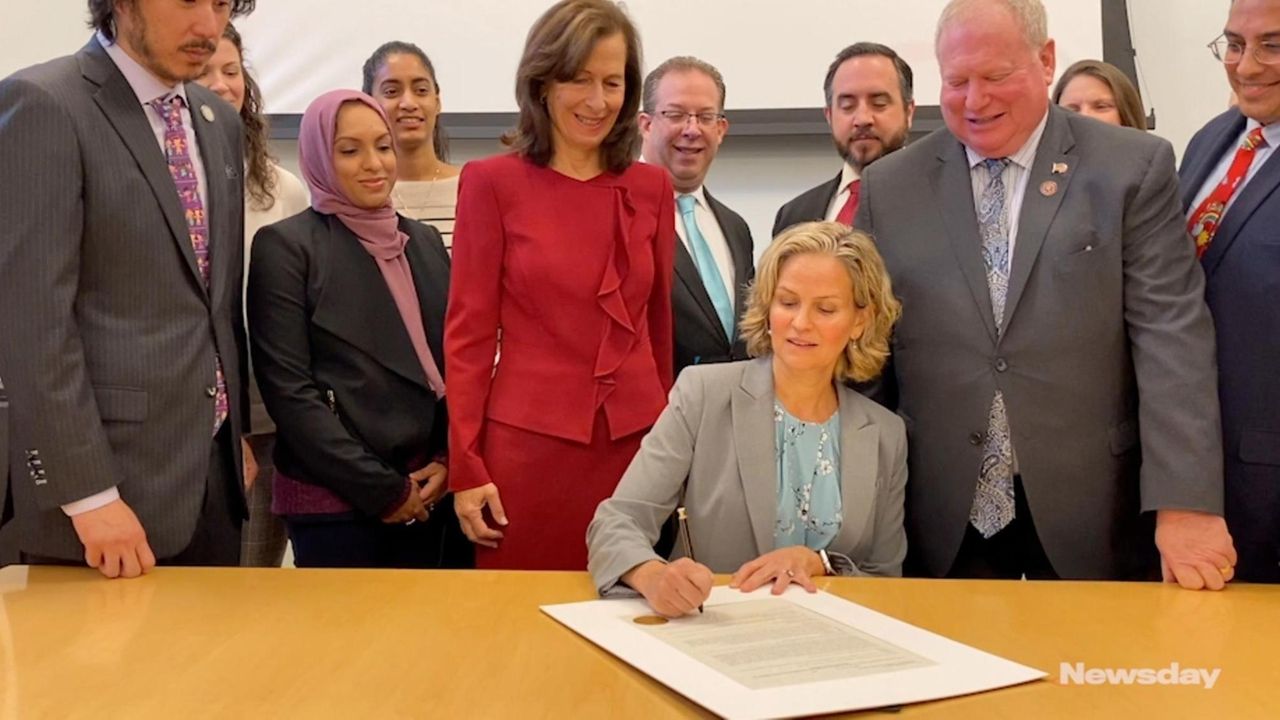 “This is a historic day,” said Legis. Arnold Drucker (D-Plainview), a sponsor of the bill, during a news conference in Mineola. The proposal passed the Nassau County Legislature in November by a vote of 18-0. “Nassau County is one of the first municipalities, one of the first counties in New York, to pass this ban.”

“We are now demonstrating that we are going to get out  in front and protect the health and safety of our children and adults,” he said.

The bill has a few exceptions and allows flavorless and tobacco, mint or menthol flavored e-cigarettes and liquid nicotine products to be sold. Fines would range from $500 to $1,000 for first offenses, and $1,000 to $2,000 for subsequent offenses.

Curran said the bill is a “major milestone” for the county.

Tobacco companies are making “very appealing flavors, whether it’s bubble gum or mango, or cookies and cream to flavor these products, which really are poison,” she said. “To make it more appealing for young people to bring it into their bodies, does them harm, makes them addicts. We need to do everything we can to make sure that doesn’t happen."

In September, Gov. Andrew M. Cuomo announced that New York State had banned the sale of flavored electronic cigarettes and nicotine e-liquids. But the regulations have been put on hold after a state appellate court granted an e-cigarette industry group's request for a stay.