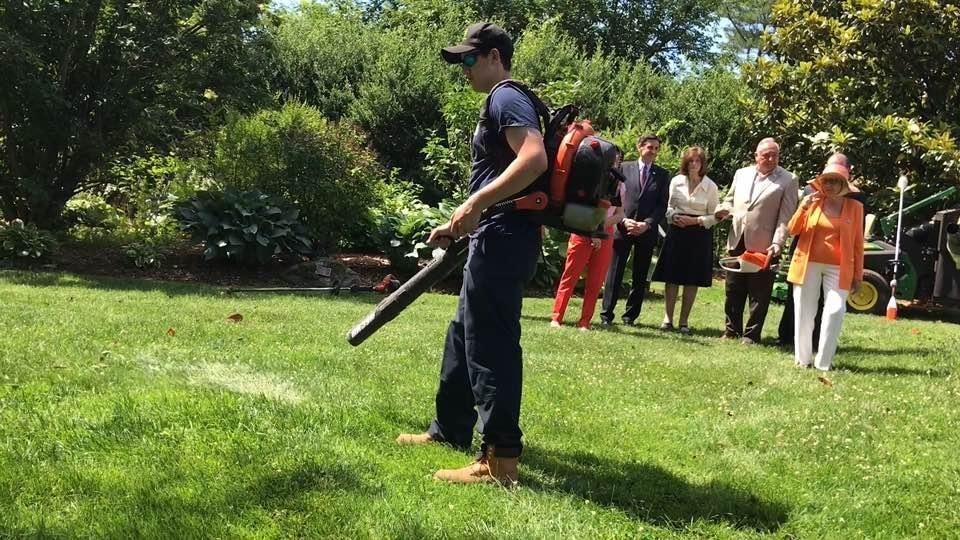 Town of North Hempstead council members postponed a vote on whether to ban leaf blowers and other gas-powered yardcare tools after landscapers spoke out against the measure Tuesday night.

Members of the Nassau Suffolk Landscape Grounds Association told Town Supervisor Judi Bosworth and the council at town hall in Manhasset that switching to battery powered-devices would be costly.

Some residents are pushing for restrictions because they object to the noise and fumes created by the gas-powered equipment, including blowers, trimmers and mowers.

But one landscaper said he’s convinced most people think a ban goes too far.

“I believe a majority of your residents don’t want this,” said John Kirby, who owns Kirby Designs based in Huntington. “You’re saying there were email complaints, but how widespread of a problem is this?”

Frank Scobbo, who served as the association’s president from 1996 to 1999 and owns a contracting company, said the proposed ban is discriminatory.

“The ban itself is predominantly focused on a trade, the landscapers,” he said. “Yet golf courses, the town or homeowners don’t have to abide by that.”

Scobbo said if landscape companies have to buy battery-powered blowers, they will likely plug the device into a generator on their service truck or a power source from within their truck. Ultimately the truck will have to idle outside a customer’s house.

“By doing that you’re still putting exhaust into the air,” he said. “So what is this really accomplishing?”

Bonnie Sager, co-founder of the advocacy group Huntington CALM, said the ban is needed to curb noise and pollution.

“I hope the council votes on this as soon as possible to protect the residents and the landscapers who use these [tools],” she said.

Bosworth said the council will hold another public hearing before scheduling a final vote.

The proposed ban would prohibit the use of leaf blowers and motorized landscaping tools — even the electric variety — before 8 a.m. or after 7 p.m. on weekdays, and before 10 a.m. and after 5 p.m. on weekends and holidays.

Gas-powered blowers and equipment would be completely banned between June 1 and Sept. 30, starting in January 2019. The ban would apply only to commercial landscapers.