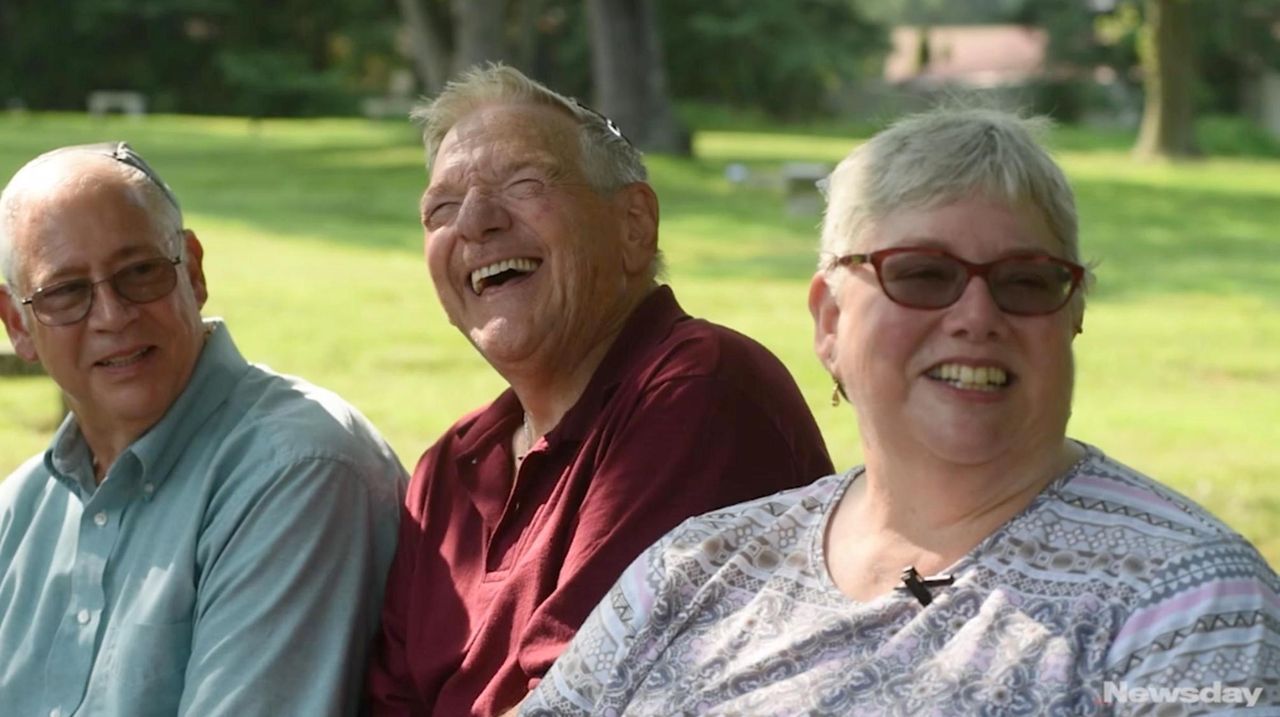 Stanley Borushik has searched for his family for 50 years. He’s looked through census data and marriage records, hired investigation firms and genealogists.

Nothing ever panned out.

At 76, Borushik thought he'd never meet his biological relatives and had made peace with that. He'd lived a full life and raised a family of his own in Plainview. But a little vial of his saliva changed all that.

In June, after taking an AncestryDNA test, Borushik discovered he had two half siblings in Pennsylvania.

“My whole world has changed,” Borushik said as he was seated on a narrow bench between his siblings last week. “The bottom all fell out.”

Borushik learned by accident he was adopted in 1968. He was looking through court records after his adopted mother died when he stumbled on his adoption file. Borushik's adopted father was already dead when this all came to light. So an aunt gave him a copy of his adoption records, which lists him as Jerome Robert Roth born to Gladys Martin and Harry Roth in Philadelphia.

Borushik’s wife, Vivian Borushik, wrote to every county court in Pennsylvania looking for a marriage certificate. They hired a genealogist, two investigation firms and even applied to be on a reality television show in 1995 that helped adopted people find their biological family.

No one could find anything about a Gladys Martin or Harry Roth that fit the description given on Borushik's birth certificate. It seemed clear the names his mother had given were false.

“I gave up,” Borushik said. “After a while I figured I was never going to meet my parents, and I didn’t think I’d ever figure out who they were.”

But Vivian Borushik knew her husband was still curious.

“Anyone would want to know, after all these years,” said Vivian Borushik, 73.

Last year, Borushik’s son, Andrew Borushik, urged his father to take an AncestryDNA test. Services such as  Ancestry and 23andMe use small samples of saliva to test DNA and within weeks can provide insight into lineage or genetic health risks, and will compare your results against the thousands of others who have taken the test to search for potential relatives.

Borushik matched with a man in Florida, who turned out to be his cousin. He told Borushik that he had an aunt Gladys in West Chester, Pennsylvania. Gladys Wiener  had died in 1977 but she had two children who still lived in the area.

Borushik, who had grown up as an only child in Brooklyn, was both thrilled and nervous.

“It was a whole new can of worms, and I thought, once I open it, there’s no going back,” Borushik said.

Sam Wiener and Mary Townsend were skeptical at first. Their mother had never told them she’d had another child but when Wiener took an AncestryDNA test, it confirmed they were closely related, within the range of a grandparent, aunt or uncle or half sibling, according to the service. None of their relatives knew who Borushik's biological father was.

“I was in shock and denial,” said Townsend, 67, of Honey Brook, Pennsylvania. “It was the kind of thing you only see on TV.”

Wiener, 65, of Coatesville, Pennsylvania,  said his first conversation with Borushik lasted for an hour and a half. They talked about everything from their upbringings to their shared interest in World War II history, and by the end of it they had both broken down in tears.

The siblings met for the first time earlier this month at Valley Forge National Historical Park. Borushik recalls seeing them from a distance and remarking at how Wiener’s nostrils flare out like his own and how Townsend shuts her eyes when she smiles, just like him.

“It was over after that,” Borushik said. “They were mine, and I wasn’t going to let them go.”

The siblings met again on Thursday at Shalom Memorial Park cemetery in Huntingdon Valley, Pennsylvania. Borushik supported Townsend as they walked toward their mother’s gravestone.

“Look who it is, Mom,” Wiener said, as Borushik wiped his eyes.

They recited a prayer in Hebrew and then scattered stones on Wiener’s grave. Afterward, Borushik leaned over, inspecting the weathered gravestone, and asked his wife and siblings for some time alone with his mother.

“I have closure now,” he said. “I know that I had a mother and that I have a brother and sister is just gravy.”