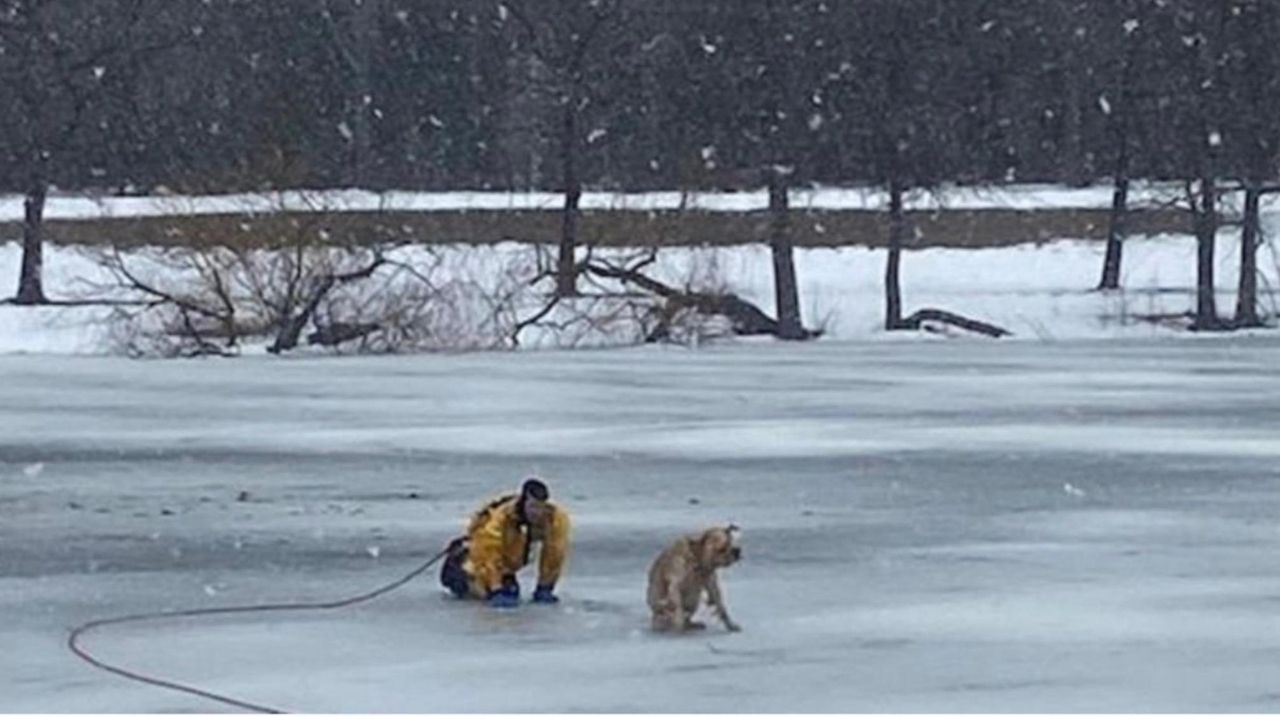 A golden retriever named Lucky got doggone lucky Sunday when members of the Hewlett Fire Department rescued the pooch from a partially frozen pond in Grant Park with help from Nassau County police officers.

The police officers and firefighters were called to the park in Hewlett at 9:05 a.m. and quickly located Lucky, who was struggling to stay afloat in the frigid water, officials said.

"This is what we do," said Hewlett Fire Chief of Department Jamie Lewin, who coordinated the rescue. "Not just human lives, we save all lives.

Lucky's owner, Kalanit Lebouvich of Hewlett, said she and Lucky had just returned home from a walk in the park, which is near her home. Lebouvich said she had let the 2-year-old retriever off his leash as they were about to go inside when Lucky spotted a duck and gave chase.

Lucky spotted other ducks in the pond once he entered the park, Lebouvich said. Hoping to catch one of the birds, he ran across the ice that had formed along the shore and fell into the chilly water in the center of the pond.

"I was screaming at him to come back but he didn't listen," Lebouvich said.

Lewin said Lucky was treading water in the middle of the pond when Hewlett firefighters arrived at the scene, unable to climb on the ice to return to the shore.

Hewlett firefighter Christopher Legrow, attached to a safety line, got into the water and helped Lucky climb onto the ice while another Hewlett firefighter, Stephen Lahey stood nearby in the icy pond to make sure the line did not get snagged, Lewin said.

"Once we got him on the ice he was able to get to shore," Lewin said. "Everybody was safe."

Lebouvich said she took Lucky to a nearby animal hospital for evaluation.