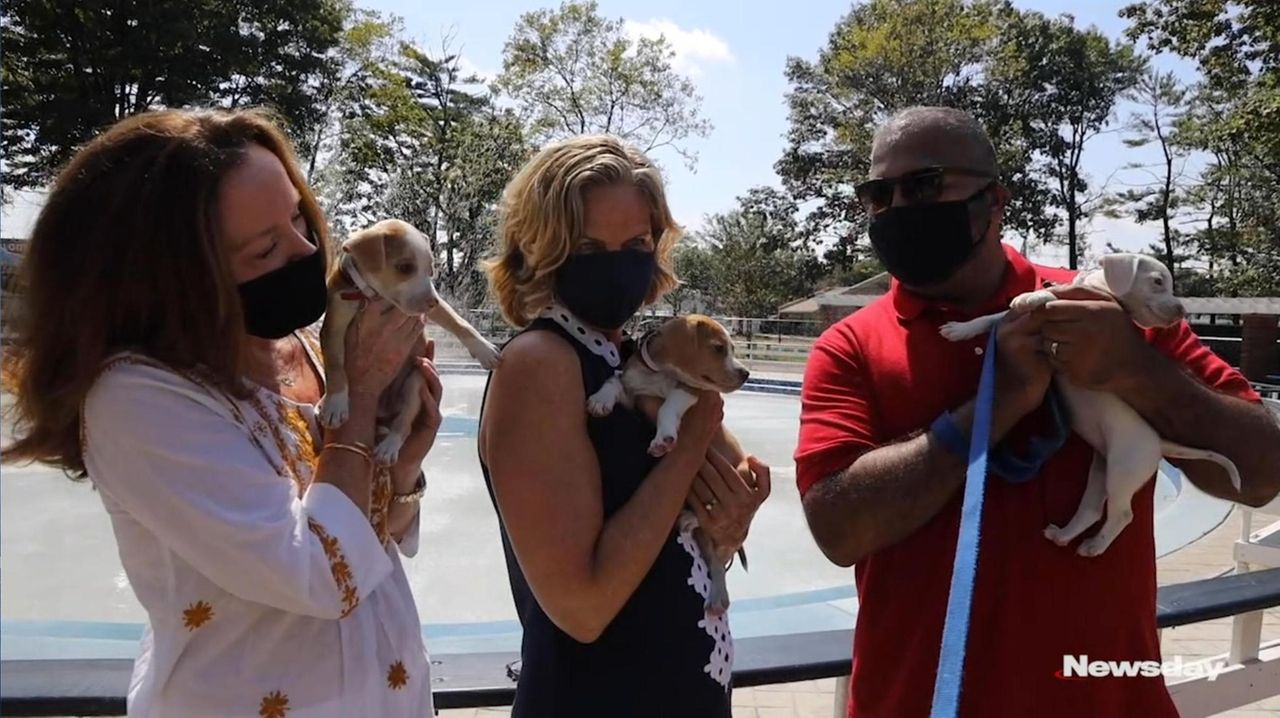 It could be a pawsome dog day after these ruff lockdown months.

Three Nassau County splash parks -- at Eisenhower in East Meadow, Cow Meadow in Freeport and North Woodmere  -- are set to host pooches on Sept. 13 for what is being rechristened “splash bark.”

“I am very happy to be joined by some of our four-legged friends in these dog days of summer,” punned Nassau County Executive Laura Curran, a former tabloid newspaper reporter, a dog in her arms during an announcement at Eisenhower Park about the event.

The event is free but first-come, first served. The parks ordinarily close after Labor Day but are to be kept open for the dog splash event, according to county spokeswoman Justine DiGiglio-Cifarelli.

Among the politicians joining Curran was Rep. Kathleen Rice (D-Garden City), an avowed animal lover who brought her own pooch and her sister’s to Eisenhower Park.

“You know, it’s not just human beings that have been cooped up during this pandemic,” Rice said. “All of our pets have, too.”

Curran, urging people to “adopt not shop,” said a mobile-adoption unit from the North Shore Animal League will be on hand in case humans in attendance want to add a dog to the family.

Shelters, rescues and breeders reported an increased demand during the peak of pandemic, according to The Washington Post.

What happens if nature calls at the splash bark?

The county parks department “will take care of any mess that needs to be taken care of,” Curran said.

She said the parks department would enforce capacity limits due to the coronavirus pandemic and the need to keep social distance between the pets’ owners.

But, she said, “the dogs are not going to have to wear masks.”