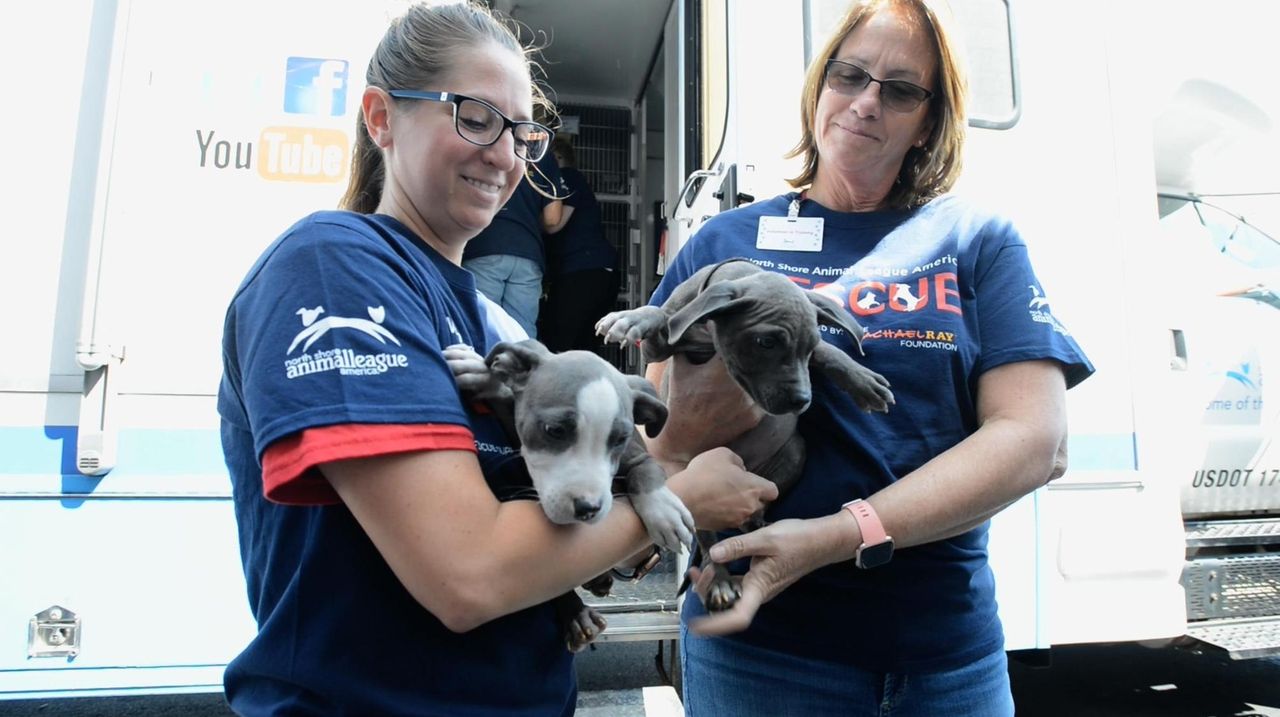 More than four dozen dogs arrived on Sunday at North Shore Animal League America in Port Washington and were being prepared for adoption next week. The shelter animals from North and South Carolina were brought to New York to make room for other pets expected to be displaced as a result of Hurricane Dorian. Credit: Howard Simmons

More than four dozen cats and dogs from the hurricane-soaked Carolinas arrived on Long Island on Sunday, awaiting new homes up here while making room for storm refugees down there.

A mobile shelter — which looks like an RV for the four-footed — rolled into the North Shore Animal League America in Port Washington in the afternoon after a road trip to South Carolina and back again.

“We filled this truck from floor to ceiling,” Moriates said. “People from Long Island know what it’s like to be in hurricanes, they delivered.”

Moriates and another staffer from the league drove to four shelters in South and North Carolina along the coast before Hurricane Dorian hit. They delivered the supplies and picked up the animals — creating space for creatures displaced by the storm.

“We try to get the animals and get them out, we weren’t there to be in the middle of it,” said Moriates. “These animals would have been euthanized, or we don’t know their futures,” he said.

The return trip with 53 cats, kittens, dogs and puppies, included regular stops for dog walking. Some of the animals needed extra attention on the trip because they were frightened or not used to human touch.

“With a little bit of love these animals can make a complete change and become the loving pets that everyone desires,” Moriates said.

Sunday afternoon the Port Washington shelter was full of people looking to adopt pets. The animals brought up from the Carolinas won’t be available for adoption for a few days because they still have to go through medical check ups.

But the hurricane story brought Anthony Villa, 17, of Bellport, to the shelter Sunday where he and his family adopted a terrier mix — even though it wasn’t among those brought up from the Carolinas.

“We came down because of the hurricane,” Villa said. “We came to get a dog.”

CORRECTION: An earlier version of this story did not state the full name of the North Shore Animal League America.