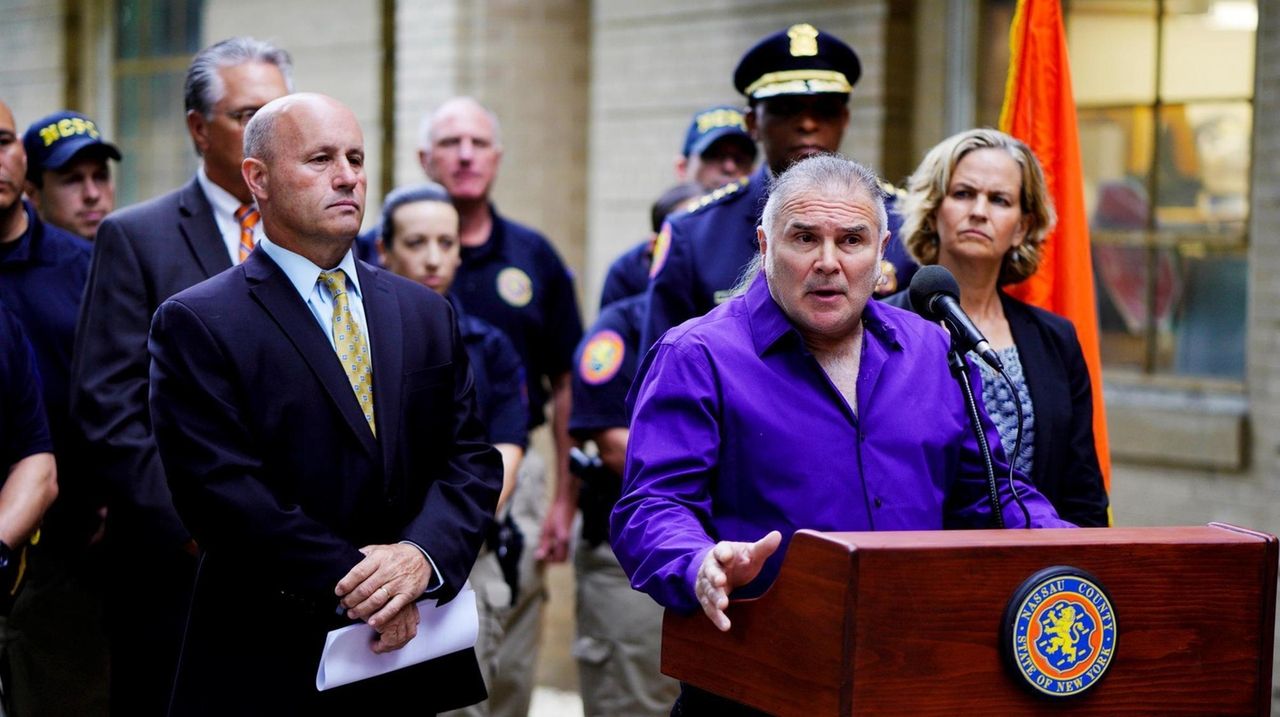 The coronavirus pandemic halted ongoing efforts to educate young people and other residents about the dangers of opioid abuse, get users treatment and arrest drug dealers, Curran and Ryder said during a news conference outside Nassau police headquarters in Mineola.

Nassau officials told Newsday in April that there were 287 projected fatal overdoses last year, including 60 not yet cleared by the medical examiner’s office. That is a 34.1% jump over 2019, when 214 overdose deaths were reported. There were 204 fatal overdoses in 2018 and 234 in 2017.

"We were winning the battle," Ryder said. "We were reducing our numbers. And then COVID hit and we lost our way."

Suffolk fatal overdoses increased nearly 12% in 2020, according to county officials. Police, prosecutors and public health experts say the jump in overdose deaths was due to social isolation, financial anxieties and mental health challenges caused by the coronavirus pandemic.

"The Nassau County Police Department has done a great job going beyond their traditional law enforcement role to advance prevention and access to treatment," Reynolds said. "That formula worked well pre-COVID and we are thrilled to see that focus continue as we try to reclaim lost ground."

Curran announced Nassau police will add a "POP" officer — problem-oriented police — to each of the department's eight precincts to help combat opioids.

"We are doing everything we can to save more people," Curran said.

Operation Natalie is named after Natalie Ciappa, a Massapequa teen who died 13 years ago Monday from a fatal overdose.

Natalie's father, Victor Ciappa, attended Tuesday’s news conference and urged parents to be vigilant about their children's potential drug use, urging them to become familiar with their friends and snoop in their cellphones.

"Be invasive in your kids life," Ciappa said.

Operation Natalie, initiated in 2018, uses mapping technology to identify at-risk communities by linking overdoses with thefts from automobiles, which officials say is the most common crime committed by addicts.

The department intensified enforcement in those communities, referring dealers to the district attorney’s office for prosecution and users for treatment. Officials also conducted town halls in schools and community centers to share information with residents about addiction, prevention and treatment.

"Natalie’s death helped awaken Long Island to its heroin problem; the continued overdose fatalities that are destroying families demand that we stay alert and redouble our efforts to not only reduce, but eliminate these preventable deaths," Reynolds said.