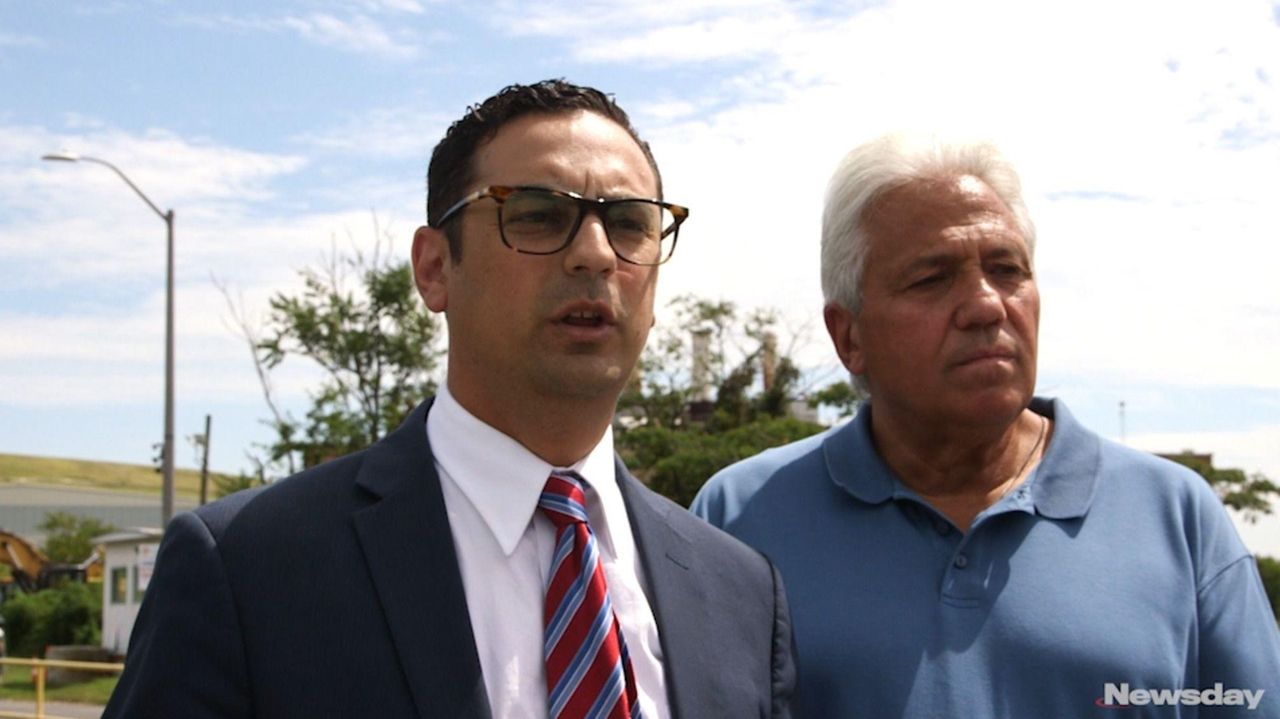 A retired Hempstead Town employee who says he's been feeding 40 feral cats at the town's Oceanside landfill has filed a federal lawsuit against the town, and some officials, alleging he was denied access to care for the animals in retribution for his "lack of loyalty" to Supervisor Anthony Santino. Credit: Charlie Eckert

A retired Hempstead Town employee who fed a feral cat population at the town’s Oceanside landfill has filed a federal lawsuit against the town, a sanitation superintendent and Supervisor Anthony Santino, alleging he was denied access to care for the animals in retribution for his “lack of loyalty” to the supervisor.

Stanley Lombardo, 63, of East Rockaway, held a news conference on Wednesday afternoon announcing the suit outside the Oceanside Transfer Facility with his lawyer, Jonathan Tand of Garden City.

Lombardo, a former East Rockaway village trustee who retired from the town in November as an assistant superintendent of sanitation after 27 years there, said he has taken care of about 40 cats at the landfill for a decade. In his suit, filed in Eastern District Court in Central Islip on Monday, he is seeking unspecified damages and a judgment that will allow him to continue caring for the animals.

Lombardo alleges he is no longer allowed to feed the cats as “political retribution” because he “would not fall in line with Mr. Santino’s directions,” Tand said.

The lawsuit, which also names sanitation superintendent Thomas Metzger, alleges that Santino and Metzger have harassed Lombardo and his family members who work for the town.

“While the town will not comment on the specifics of the lawsuit, it is our position that it is frivolous and without merit,” town spokesman Mike Deery said.

Lombardo and other animal advocates held protests beginning in June, demanding that they be allowed to care for the cat colony.

“I couldn’t see them go hungry,” Lombardo said at the news conference. “I know most of these cats by name.”

The Town of Hempstead issued a statement in June, saying town personnel are “feeding, providing shelter and changing litter for the feline population at the site.” Deery said on Wednesday that the town continues to care for the cats.

The landfill, located off Long Beach Road, is not open to the public because of safety risks and liability issues posed by payloaders, large trucks and tractors, the town has said.