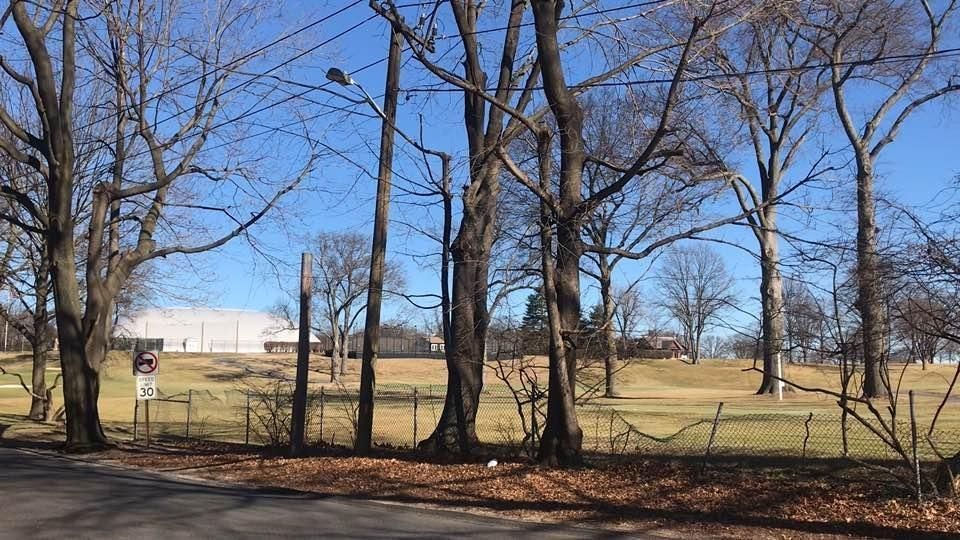 Some residents of an upscale Glen Cove neighborhood are protesting plans by a California company to convert a three-story house into a residence for people with eating disorders, citing concerns on Tuesday, Jan. 23, 2018 it will change the area's character. (Credit: Newsday / David Olson)

Residents of an upscale Glen Cove neighborhood are protesting plans by a California company to convert a three-story house into a residence for people with eating disorders, citing concerns it will change the area’s character.

Representatives of Malibu-based Monte Nido & Affiliates said the proposed 14-bed residence across the street from the Nassau Country Club would be the first of its kind on Long Island. They assert that the facility qualifies under the 1978 state “Padavan law” designed to limit a municipality’s ability to block some types of group homes.

But Mayor Timothy Tenke said it likely doesn’t qualify and said he is “leaning toward a ‘no’ right now” on approving the company’s application.

Monte Nido has 10 residential programs nationwide for clients with eating disorders such as bulimia, anorexia nervosa and binge eating.

While at the house, clients will attend sessions for therapy, yoga, nutrition education and exercise, “things that help them get the control back,” Gallagher said. A maximum of 11 employees will be in the house at any one time, she said.

About 10 well-screened parking spaces will be added next to the home on the 1.26-acre property, said Kathleen Deegan Dickson, an attorney for Monte Nido who lives near the house.

Under Padavan, the city cannot reject the residence without suggesting an alternative acceptable to Monte Nido or unless it can successfully argue that the area already is saturated with similar facilities and that the residence would have a negative effect, Deegan said. Monte Nido could appeal to the state if Glen Cove rejects the site.

Glen Cove currently has about 11 group homes, city spokeswoman Lisa Travatello said. None of the homes is within a half mile of the Monte Nido site; seven are within a mile.

Dean Yoder, 56, whose property abuts the side of the proposed Monte Nido site, said local residents have compassion for people with eating disorders. But he said the city is “saturated already with places where we’re trying to help out. I think there are other communities that can do a little more.”

Liz McLanahan, 52, who lives next door to the property, questioned the company’s motives.

“This is a for-profit business . . . ,” she said, referring to Monte Nido’s parent company, the Los Angeles-based private-equity firm Levine Leichtman Capital Partners. “They don’t care about the neighborhood.”

The City Council will hold a public hearing on Monte Nido’s proposal at 7:30 p.m. Feb. 7 at City Hall.