Edward and Linda Mangano leave federal court in Central Islip on Friday after they were found guilty at their corruption trial. Edward's lawyer Kevin Keating, left, and Linda's attorney John Carman, right, walk along with them. Credit: James Carbone

The verdict in the retrial of former Nassau County Executive Edward Mangano and his wife Linda is unlikely to have a major impact on county politics, with the major fallout having already occurred in the 2017 elections, experts said.

With most of the political impact of the federal corruption past, any remaining fallout from the convictions of the Manganos probably will not help Democratic County Executive Laura Curran if she seeks re-election in 2021, said Larry Levy, executive dean of the National Center for Suburban Studies at Hofstra University.

“Laura Curran will rise or fall based on what she’s done, not what her predecessor is alleged or convicted of doing,” Levy said.

Political strategist Michael Dawidziak argued that voters are tired of hearing about the Manganos. 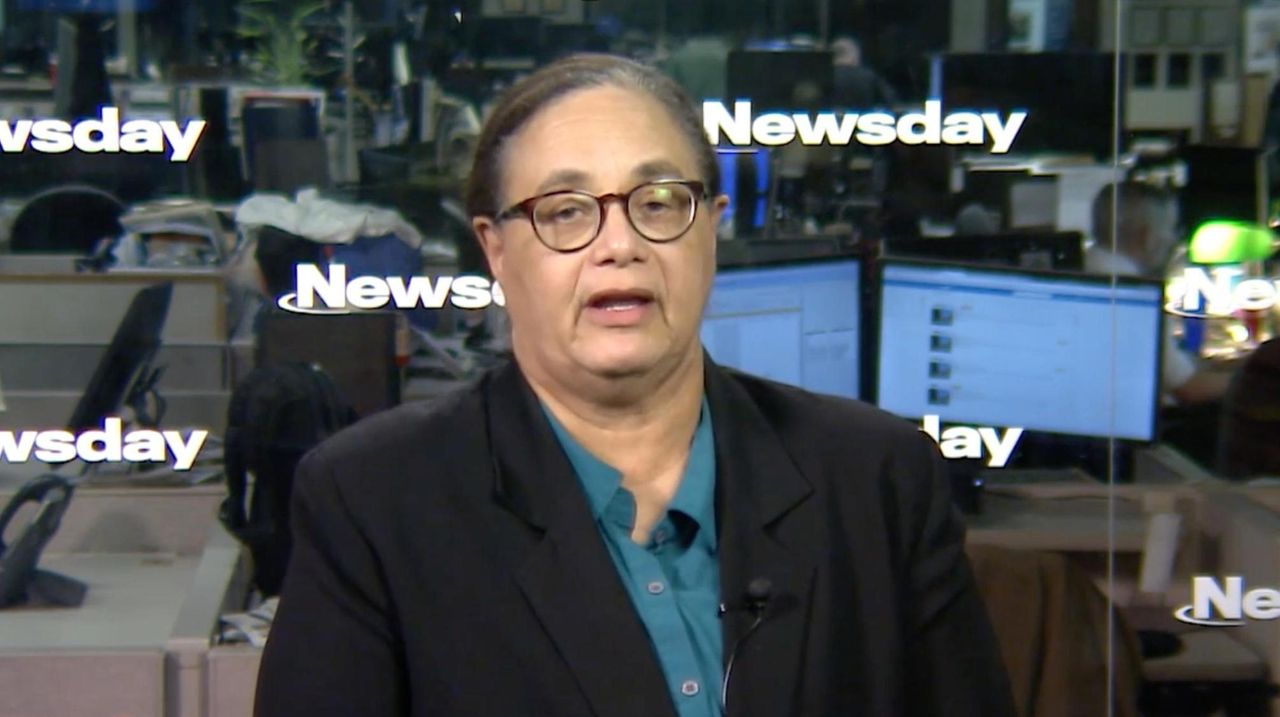 Joye Brown takes you inside the Mangano verdict Newsday's Joye Brown gave a play-by-play of what happened in the courtroom during the Mangano trial, and what the future holds for the Manganos. Credit: Newsday / Monte Young

“What happens with scandals is there’s a fatigue factor that sets in,” said Dawidziak, who works primarily for Republicans. “We went through a very lengthy trial — twice.”

Their first trial had ended last May, when U.S. District Judge Joan Azrack declared a mistrial when a jury could not reach a verdict after 12 weeks of testimony and deliberations.

Republicans trying to recover from their loss of the county executive's post to Curran in 2017 say they intend to campaign in legislative and countywide races against her administration's reassessment of residential and commercial properties.

Edward Mangano is "not on the ballot this fall, and Nassau voters are clearly focused on the issues that directly affect them, such as taxes, jobs and the economy,” Nassau Republican Chairman Joseph Cairo said in a statement.

“In fact, homeowners who I run into on a daily basis are outraged over Nassau County Executive Laura Curran’s error-plagued reassessment project, which is no more than a backdoor tax hike for hundreds of thousands of property owners,” Cairo said.

But Democrats say they plan to hammer the message that their candidates are better suited to gain taxpayer confidence.

“Our whole message has been about running clean, open and transparent government — that’s what we’ve been talking about for the last 10 years," said Nassau Democratic Chairman Jay Jacobs. "It’s our job to demonstrate what we are doing.”

Foreman: Jury had little use for Singh

But Dawidziak asked, “Can they squeeze anymore out of the scandal? I don’t know.”

Dean Skelos and his son Adam, who were convicted on corruption charges for using Dean Skelos' position in state government to shake down companies for $300,000 in payments to Adam, began serving four-year sentences in federal prison in January.

Curran is a former reporter, school board trustee and two-term Nassau County legislator from Baldwin who ran on an anti-corruption platform.

What do you think of the verdict?

“Last election, it made it more difficult. There’s no question about it,” legislative presiding officer Richard Nicolello (R-New Hyde Park) said of the corruption issue's effect on Republicans.

"Going forward, people are judging you on what you do," Nicolello said " … People will still be concerned about corruption but that cuts across both parties — it’s not just a Republican issue. Right now, there is a hyper-focus on property taxes and what is happening to voters’ pocketbooks.”

But Nassau Legis. Josh Lafazan, a first-term lawmaker from Plainview who is not enrolled in a political party but caucuses with Democrats, said he plans to use the Mangano case and the corruption issue in his campaign for re-election this year.

“At the end of the day, my generation’s needs and Long Island’s future were clearly so far removed from the priority list from those in power,” said Lafazan, whose district of 52,000 registered voters has 5,000 more Republicans than Democrats. “I’m saying that I’m the guy who will uphold the public trust.”

Corruption on LI: Mangano and 9 other cases to knowOver the past few years, prosecutors have charged LI politicians and public officials with crimes ranging from tax evasion to bribery. Timeline of the Mangano corruption caseFormer Nassau County Executive Edward Mangano and his wife, Linda, were convicted on corruptiuon charges ... Foreman: Jury had little use for Singh"We had so much to go through," he said. "Most of us went in there with the intentions that they were innocent, but as we started going through, the evidence was just starting to reveal ultimately what became our verdict."