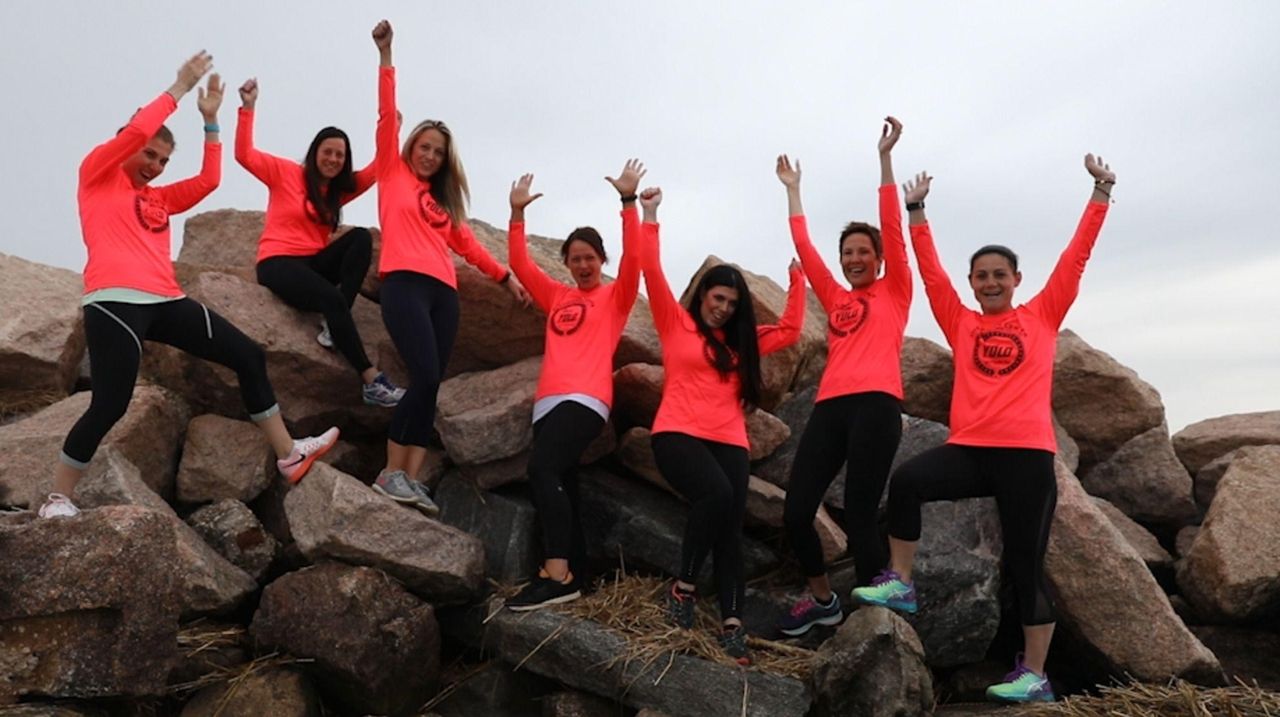 A group of 14 Long Island moms flew to Los Angeles this week to sit in on a taping of "The Ellen DeGeneres Show" after being selected in a competition. The group, known as Team YOLO,  runs obstacle races to raise money for The Morgan Center, a preschool for children with cancer in Hicksville. Credit: Newsday / Chris Ware; Jackie Molloy

A group of Long Island moms were flown out to Los Angeles for an episode of “The Ellen DeGeneres Show,” which airs Thursday.

Every year the group, which has grown from three members to about 40 from across Long Island, participates in an obstacle course race to raise money for The Morgan Center, a Hicksville-based preschool for children with cancer. They call themselves Team YOLO, an acronym for you only live once.

Last month, members of the team wrote to producers of the show, and learned two weeks ago that they were selected to attend a taping.

Dannie Taylor, 44, of Oyster Bay, who started Team YOLO with friends, said she started crying when she learned they would be going to Los Angeles.

“I was so emotional. We’re really so thankful for this chance to raise awareness for the Morgan Center,” she said.

According to a publicist for the show, DeGeneres asked her New York viewers in February to “tell her their story, why they love New York and why they love her show for the opportunity to experience a trip of a lifetime.”

Three hundred New Yorkers were selected, including 14 members of Team YOLO. The group flew out to Los Angeles Tuesday and sat in on an episode Wednesday. The episode is scheduled to air Thursday, according to the publicist.

Taylor started Team YOLO five years ago. She and two friends raised about $3,000 for The Morgan Center after completing the Civilian Military Combine in Brooklyn. Last year they raised $33,000 for the school, according to Taylor.

She said she chose to donate to The Morgan Center because she wanted to “give back” to parents struggling to pay for preschool and cancer treatment.

“They take their mission above and beyond. We’re just so thankful for them,” said Nancy Zuch, founder and director of The Morgan Center, a nonprofit that she started with her husband in 2003 after their daughter, Morgan, was diagnosed with leukemia.

Jaclyn Sussi, 39, of Oyster Bay, has run with the group for the past three years. She said she decided to join the team because of its mission to help sick children.

“Being able to give a normal preschool experience to children with cancer was really important to me as a mom,” said Sussi, a mother of two.

The episode will air on WNBC at 3 p.m.

Homebound patients face obstacles getting vaccinated
3:04 Nassau DA: Doctor charged with murder in deaths of 5 patients
1:26 State sees decreasing virus positivity, but LI yields higher rate
4:01 COVID-19: From 799 deaths in one day to path back to normalcy
What you need to know about COVID-19 vaccine development
Way to Go! Mineola senior launches college help website
Didn’t find what you were looking for?