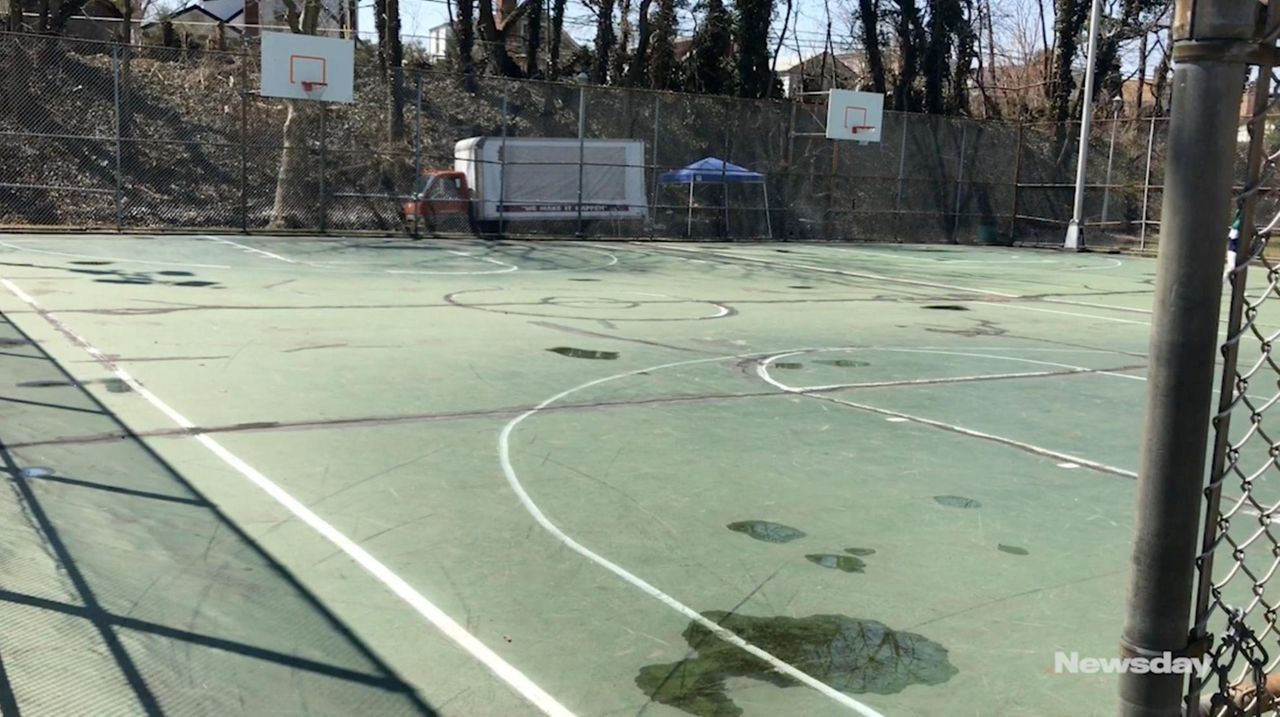 Several dozen Elmont residents split up in separate groups Saturday to talk about what is wrong with Elmont Road Park and what new amenities they want. Similar words came up to describe the park: “neglected,” “eyesore” and “awful.”

New York Arena Partners, which includes the New York Islanders, has agreed to pay the millions of dollars to renovate the 7-acre park as part of a planned project at nearby Belmont Park that would include a 19,000-seat arena, 435,000 square feet of retail and a 250-room hotel.

Empire State Development, the state agency overseeing the project, convened Saturday’s community workshop on the park with the Islanders and the Town of Hempstead.

Holly Leicht, executive vice president for real estate at the agency, told participants their comments would help shape the plan for the park.

“What you say today — you’re going to get tangible outcomes down the road,” she said.

Mattson Kokura, 35, of Elmont, said the park is so “dilapidated” that he and his wife often drive their two sons, ages 3 and 5, to Hempstead Lake State Park rather than use the aging playground and other features at their neighborhood park.

Jon Johnson, who like Kokura sits on a community advisory board for the project convened by Empire State Development, said during one of the group sessions that a new baseball field with lights “would be huge for these kids” because the park's ballfield could no longer be used because of regular flooding. He and others also called for a new multipurpose field for soccer, football and other sports.

Johnson is president of the multisport Elmont Cardinals Sports Club. The club uses the park for some practices “because we have nowhere else” but, because of poor conditions on the sports field and basketball courts, uses other venues for competitive games.

On Saturday, puddles remained on the uneven basketball court, where paint was peeling and a metal panel for a light pole was on the ground, exposing wires.

A new playground area, security cameras, a new recreation center and more events — such as movie nights and concerts — were among other proposed improvements suggested by residents.

Tammie Williams, co-organizer of the Belmont Park Community Coalition, which opposes the project, agreed that the park desperately needs renovations, but, she said, “the town is responsible for maintaining the park” and has neglected it for years.

Williams called the renovation plan a relatively inexpensive way to buy the surrounding community’s support for the $1.2 billion development project.

“It’s a gold-plated carrot: ‘I’m just going to throw you a carrot and get your support because you’re used to crumbs,’ ” she said. "Our community deserves better.”

Rebecca Sinclair, deputy chief of staff for Town Supervisor Laura Gillen, said the town had been planning improvements for the park after years of neglect under previous administrations, But, she added, it would take many years to find the funding for a full-scale renovation, because most of the more than 100 other town parks also were in need of major improvements.