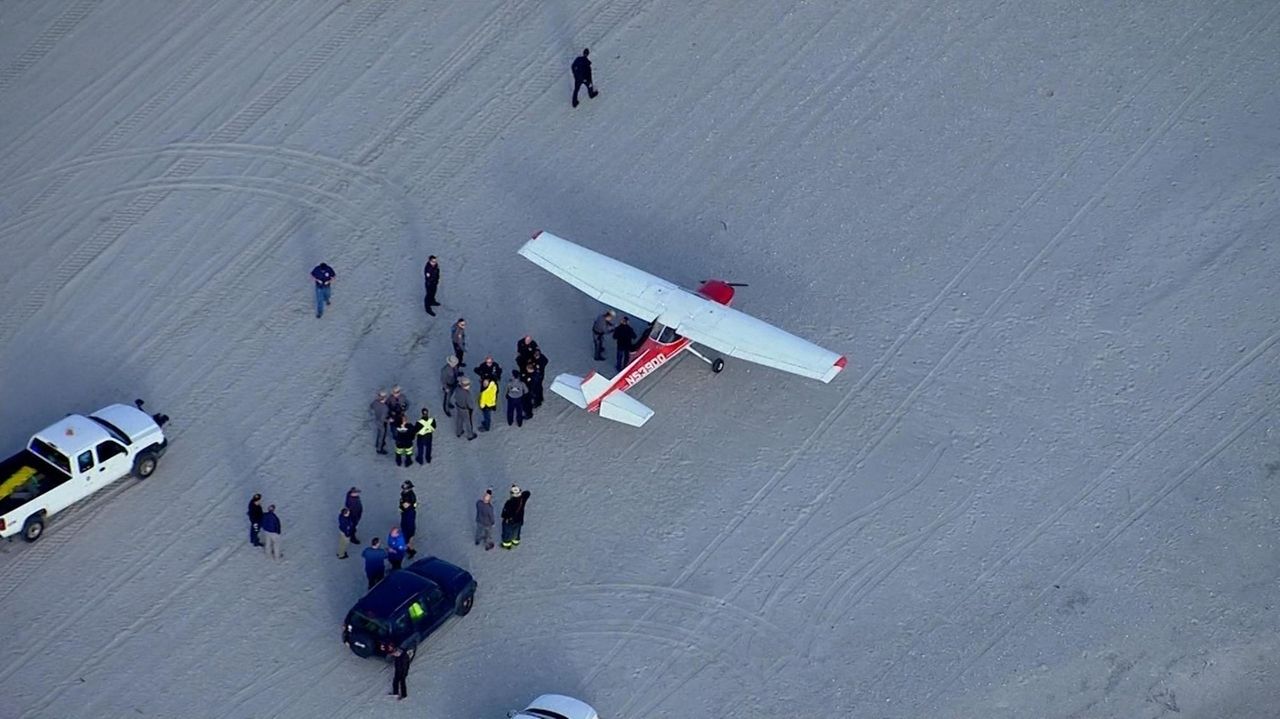 A small plane with two people on board reportedly experienced an engine-related problem and was forced to land around 2:20 p.m. in the vicinity of Garden City Avenue, about nine miles southeast of John F. Kennedy International Airport, authorities said. No one was injured, officials said. Credit: News 12 Long Island

Robert Lutz credits decades of experience along with a higher power for helping him safely land a Cessna on a Nassau County beach Monday after the plane's engine failed.

Lutz, 38, of Levittown, was piloting the fixed-wing single engine Cessna 150, when the aircraft's engine began stuttering 3,000 feet in the air Monday afternoon while it was just south of John F. Kennedy International Airport, he said.

Lutz's business partner, Kristen Steinhardt, 25, of Garden City, was also on board. Steinhardt showed "strong nerves" during the ordeal, he said.

"It's one of the best landings I did in my life," Lutz said Monday night. "I don't recall ever landing on sand before. It's good training, but someone was looking out for me. That was bigger than just me — God does shine a light."

Authorities said two people were on board when the small plane made an emergency landing on the beach in Point Lookout Monday afternoon with no injuries, according to the Federal Avation Administration and Nassau police.

The plane apparently experienced an engine-related problem and was forced to land around 2:20 p.m. in the vicinity of Garden City Avenue, about nine miles southeast of JFK, authorities said.

The plane departed from Stevensville, Maryland, and was en route to Long Island MacArthur Airport in Islip, according to FAA spokesman Jim Peters.

The aircraft is owned by Stuart Bain of Ronkonkoma, according to FAA records.

The FAA will investigate the incident, Peters said.

Lutz said Bain is a close friend. Bain, the owner of eMedia, a computer consulting firm, did not respond to requests for comment.

Lutz, who has been flying multiple types of aircrafts since age 13, said he and Steinhardt were in Maryland checking out their company's new gyroplane. The two are the founders of a company, based out of MacArthur, that sell gyroplanes.

"I'll be flying tomorrow," he said.