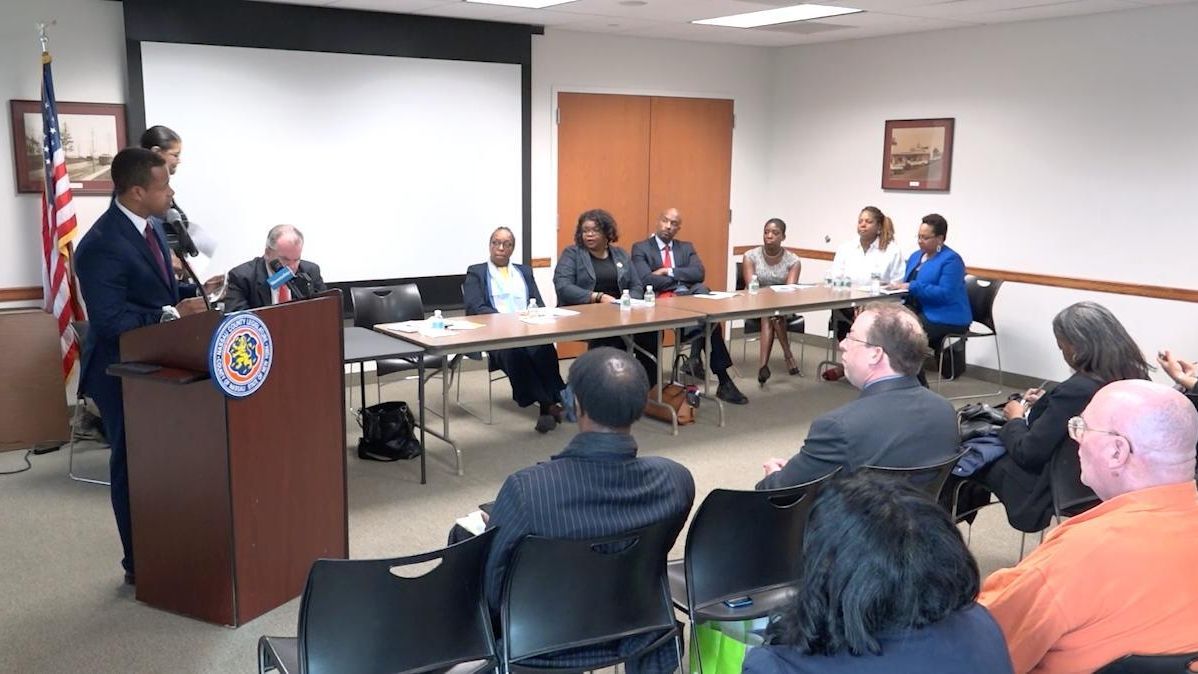 Although Nassau County is one of America’s wealthiest communities, there are huge gaps in the quality of life for its black residents, a panel of local experts and officials said Saturday afternoon.

Speaking at a Black History Month event organized by Legis. Carrié Solages (D-Elmont), leaders in public health, law enforcement, business, and government said blacks are struggling to get the same high-quality housing, schools and jobs as their white neighbors.

Housing is one of the biggest issues, Solages said — from landlords who discriminate against Section 8 applicants to the definition of affordable housing on Long Island.

“Some might say $2,500 a month is affordable,” he said to a crowd of about 50 inside Elmont Memorial Library. “Others would say that is not.”

Nassau County acting Police Commissioner Thomas Krumpter, one of the panelists, said while blacks make up about 12 percent of the county, they were only 5 percent of the police force.

“But that doesn’t mean that that quality of health is being applied to everyone equally in this county,” Eisenstein said.

Another panelist, Adelphi University professor Marsha Darling, said the disparity starts with Nassau being one of the most segregated areas in the nation.

What makes the data more startling, the professor said, is that more blacks and Hispanics are moving to the county and, typically, a racially diverse neighborhood is supposed to be a huge economic asset.

“So how do you wrap your head around Nassau County getting more diverse and more segregated at the same time?” said Darling, who also is the director of the Center for African, Black and Caribbean Studies at Adelphi.

The same type of disparities can be seen in Prince George’s County, Maryland; Arlington County, Virginia; and the suburbs of St. Louis, Darling said.

During the panel, leaders also discussed ways to help shrink the disparity.

Danielle Donaphin of the Long Island African American Chamber of Commerce said blacks could start their own businesses and help them grow by landing government contracts and subcontracts.