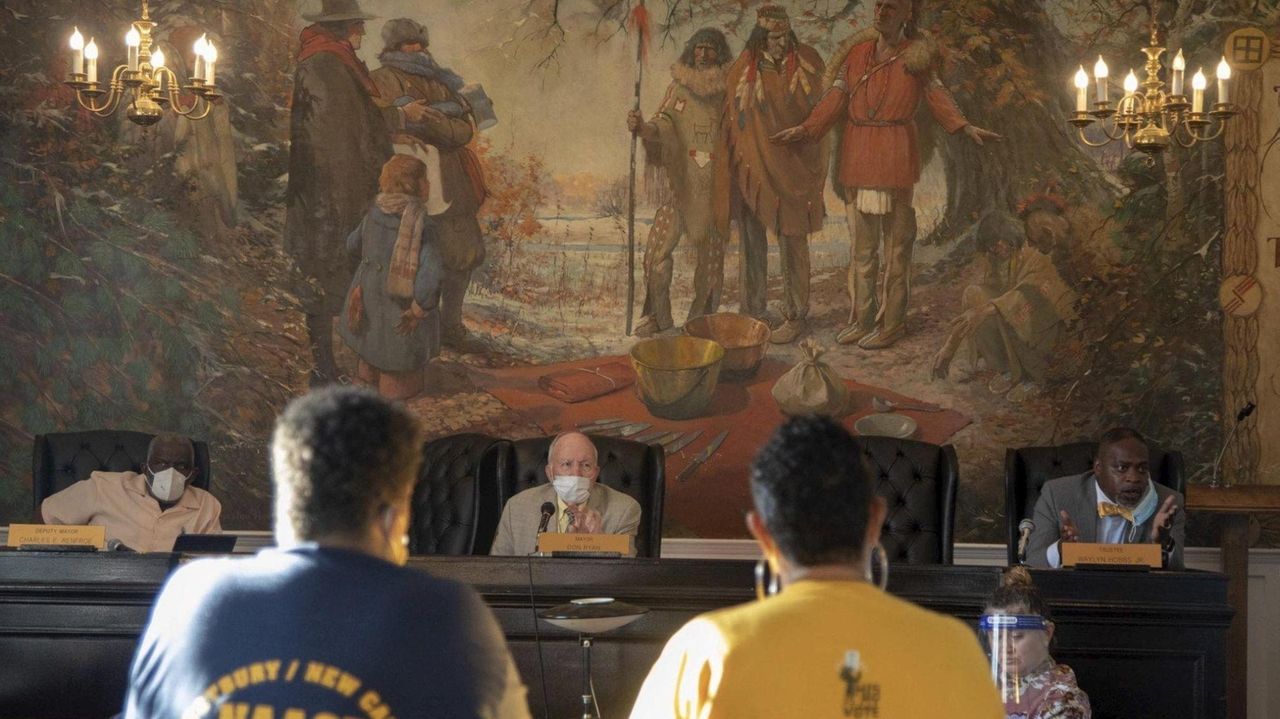 The Village of Hempstead suspended a volunteer firefighter on Monday, after he posted a video on Facebook in which water cannons violently knocked protesters to the ground under the caption, “This is how we should deal with rioters." Credit: Newsday / Shelby Knowles

The Village of Hempstead suspended a public works employee Monday over a recent Facebook post that village officials and the local branch of the NAACP condemned as insensitive.

The post by Gaetano Leone, a laborer in the Department of Public Works and a village firefighter, featured a video in which water cannons violently knocked protesters to the ground under the caption, “This is how we should deal with rioters.” The setting of the video is unclear, but protesters appear to be carrying Venezuelan flags.

Hempstead officials said they received complaints about Leone’s post from residents, village employees and firefighters. The video, they said, evoked the violent suppression of civil rights protesters in the 1960s with high-pressure water hoses.

It especially offended some viewers, officials said, in light of the ongoing wave of activism nationwide over police brutality and racism.

“We don’t need to remind you of the many people both black & white who died in the fight for civil rights and stood before these same hose squads as they marched and protested simply to be treated equal,” Barbara Powell, an executive member of the Hempstead branch of the NAACP, wrote in a letter Friday to Hempstead Village Mayor Don Ryan and Nassau County Executive Laura Curran. “This type of behavior cannot be tolerated or overlooked.”

Hempstead residents expressed outrage over the post to the village board at a public hearing Tuesday night, with some calling for Leone to be fired.

Hempstead Fire Chief Kyle Bowles said at the hearing he could not comment on the episode, as his department is administered by the village fire council.

“I have to go with the recommendation they make,” he said.

Village Attorney Cherice Vanderhall said Leone was suspended without pay until July 13 over the incident. He will also have to undergo sensitivity training regarding race and diversity.

Ryan on Monday called the post “disappointing and unacceptable.”

“It reflects on an ugly time in American history,” he said.

Powell said Monday in an interview that the village fire department should discipline Leone as well.

The department did not respond Monday to a request for comment.

1:17
'Essential' market opens in Bethpage, aims to reduce stigma of coming to food bank
GOP majority cuts $100M in projected revenue from Nassau budget
Early signs point to promising year for school funding
PSEG to make customer visits to help avoid shut-offs
Doctors: Number of people who have died after getting vaccine 'minuscule'
Three times Gen. Powell made news on LI
Didn’t find what you were looking for?