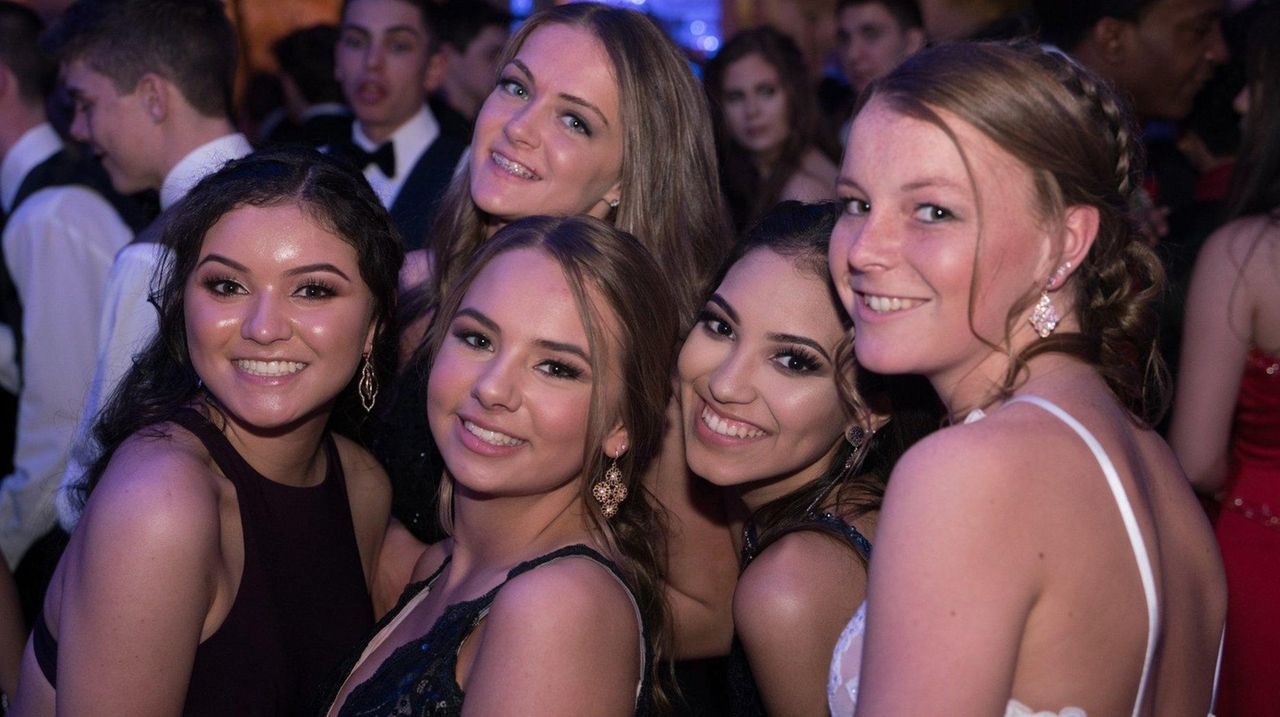 Farmingdale High School held its junior prom at Leonard's Palazzo in Great Neck on Saturday, and its theme celebrated the Big Apple. Credit: Jennifer A. Uihlein

On Saturday night, the juniors of Farmingdale High School looked like movie stars in their fancy cars and limousines. But, they were still in a New York State of Mind.

The school’s junior prom was held at Leonard’s Palazzo in Great Neck, and the students and staff selected a New York City theme for the celebration, decking out the venue in Playbills, street signs and quintessential skylines.

Junior class president Zara Khan said this event has been years in the making. Selecting the perfect theme was an important part of the process for the class officers.

“We were contemplating doing a carnival theme or a masquerade,” Khan said. “But we decided that we wanted to stick with the New York City theme because we live on Long Island and we’re closely related to the city.”

Khan said that during the planning process, the class officers went around the room naming some of their favorite Broadway shows. The students then brought in any Playbills they had, and the covers were used for centerpieces. The tables starred “Kinky Boots,” “Dear Evan Hansen” and “Wicked,” among many others.

Each table also had a green street sign with a New York City location represented, including Times Square and Sixth Avenue. But what really stopped traffic: a replica of a classic yellow taxi the juniors posed for photos with all night long.

Khan said many students were involved in working on that cab for prom, including Farmingdale’s Art Honor Society, which she is a part of, as well.

“We also brought in the Tech Honor Society because we had them cut out the car shape . . . that way we can include the whole school,” she said.

Cameras flashed and students excitedly chattered as they arrived in the city that doesn’t sleep. “Empire State of Mind” by Jay-Z was one of the first songs to play as the night began.

Junior class administrative assistant Kayla Poltorak was happy to hear such positive responses from her peers.

“Everyone’s reaction was like, ‘Wow, the colors are pretty, the decorations are amazing,’   ” she said. “It’s pretty exciting.”

Some of the thespians among the prom-goers were particularly excited about the evening’s theme. Junior Abby Berge created a sign to “prom-pose” to her date, Danny Powers, in their dressing room during the school’s production of “Into the Woods.” Berge thought the Playbills were an adorable addition, and was happily surprised to find them included among the New York City decor.

“Our [table] is ‘Beautiful: The Carole King Musical,’  ” Berge said.

“I haven’t seen that yet, and I really want to see it!” Powers added with a laugh.

After months of fundraising, brainstorming, designing and planning, the junior class officers were happy with the way everything turned out. The cherry — or Big Apple — on top was seeing how their hard work paid off.

Poltorak said, “At times we were all freaking out that it wasn’t going to be good and everything was going to fall apart, but at the end of the day, everything came together. The centerpieces are amazing, everyone looks good, and it’s just a fun time.”