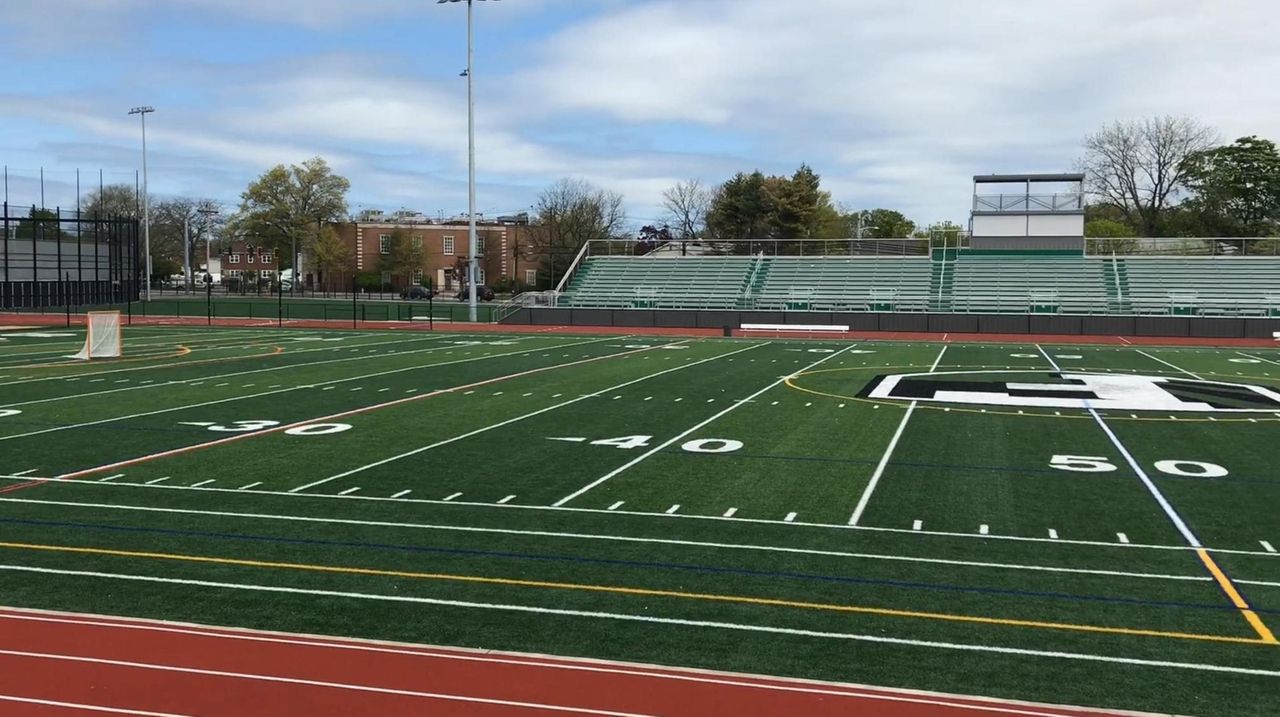 The Farmingdale school district will unveil new softball and baseball stadiums in the coming days as part of its $36 million sports complex.

Officials describe the facility as Long Island’s first community-focused public school sports complex with amenities ranging from a multipurpose field, which was completed last summer, to an aquatic center that is scheduled to open in 2021. The complex is based at Weldon E. Howitt Middle School, in the “heart of the village,” and is intended as a hub for residents, district Superintendent Paul Defendini said.

The complex is to be used by Farmingdale students and the village athletic leagues, Defendini said.

“We’re turning ourselves into the center of the community and building something that everyone can get some use out of,” he said.

The multipurpose field is made of synthetic turf, with lines marked for soccer, lacrosse and football, and surrounded by a new track. The baseball and softball stadiums, with one field each, are both synthetic turf and surrounded by high nets, with “Home of the Dalers” written on its mesh signifying the school's team name. A small plaza with tables and benches will be completed.

"We've been waiting a long time for something like this," said Joann Vazquez, president of the Farmingdale Baseball League. "It's a beautiful place."

Vazquez, whose league has 700 players, said she worked with the district to develop plans for the ballfields. They include lighted fields so teams can play at night and turf so they won't have to worry about playing in the rain.

Construction of the aquatic center is scheduled to begin in the fall. The facility will have two pools — one for competitive events and another for community recreational use, with a shallow portion 3½ feet deep for young swimmers and water aerobics.

The district started discussing possible renovations to the old pool in 2015 as it was nearly 50 years old and in need of an upgrade. The idea for the sports complex and aquatic center grew out of dozens of meetings with the community, Defendini said.

“I think a key component of the project was the transparency and making sure that the community had a voice,” he said. “When they came to the polls, they knew that they had their fingers on what was ultimately being designed.”

Residents approved a $36 million bond for the project in October 2016. The funding also covers field renovations at other district schools and an upgrade of the Farmingdale High School stadium.

Taxes related to the project will decrease by about $60 for the average Farmingdale homeowner because of the project’s timing, Defendini said. The debt will not be incurred until the 2021-2022 school year, after the district will retire a larger debt from a project to move the sixth grade to the middle school and to create full-day kindergarten.

“I have no doubt that part of the success of the bond vote was due to the thought that went into the timing of the bond,” Defendini said.

Phase one: The multipurpose field stadium was completed in the summer of 2018.

Phase two: The softball and baseball stadiums open this month.

Phase three: The aquatic center is scheduled to be completed in 2021.

NYPD: Officer shot, wounded in the Bronx, suspect in custody
Ex-principal put on leave as retaliation for his defense of bullied student, lawsuit says
Highlights of Gov. Kathy Hochul's 2022-23 budget
Fifth arrest made in 2016 gang killing of teen in Uniondale woods
Forecast: Cold night, then stiff breezes on milder Wednesday
Nassau trial opens in case of ex-Uber driver charged with kidnapping teen
Didn’t find what you were looking for?