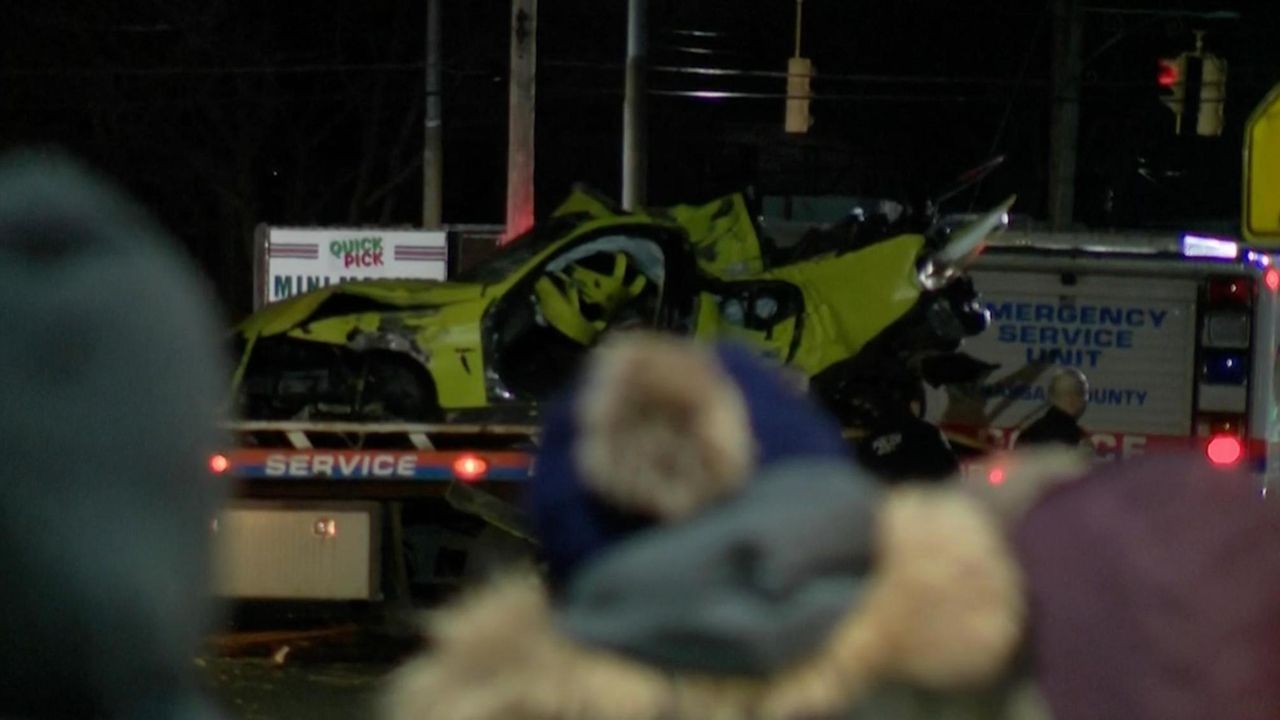 Two drivers who knew each other crashed during a “super reckless” high-speed chase from Valley Stream to Hempstead Village that ended with one of them dead, his passenger injured, and the other driver facing a manslaughter charge, Nassau police said Tuesday.

Behind the wheel of a 2009 Audi at about 12:02 a.m. Tuesday, Dana King Jr., 23, rear-ended a BMW on Baldwin Road, sending the vehicle crashing into a fire hydrant and then a tree, said Det. Lt. Stephen Fitzpatrick, commander of the Nassau police homicide squad.

The drivers had dogged each other for about five miles on local streets and a parkway after arguing, police said.

Fitzpatrick said the men were acquaintances but did not provide details about their relationship.

“They got into their vehicles and started chasing each other," he said. “They were doing this back and forth, through Franklin Avenue, onto the Southern State Parkway, and eventually ended up northbound on Baldwin Road. It’s a high-speed pursuit. They went for a long distance and ended up with a tragedy.”

King, of Abermarle Avenue in Valley Stream, was taken to a hospital for treatment of minor injuries and charged with second-degree manslaughter, authorities said. He is expected to be arraigned when medically possible, police said.

Police did not say why the two drivers had a disagreement and exactly where the chase started in Valley Stream.

“It appears they were driving at an excessive rate of speed northbound on Baldwin Road," Fitzpatrick said in a news conference near the hydrant and tree at the crash scene. "At some point, right around here, the Audi strikes the BMW from behind, causing that vehicle to lose control."

After slamming into the BMW near Acacia Avenue, the Audi hit a parked taxicab, Fitzpatrick said, “causing him to further lose control, spin out of control.”

The Audi came to rest several hundred feet away, he said.

Fitzpatrick advised any driver being pursued by another to pull over, preferably in a lighted area, and call police.

As for the two drivers, Fitzpatrick said, it was “super reckless, at night … there are still a lot of cars on the road at midnight, to be driving at that super egregious speed, you know, playing bumper cars or what — this is what it ends up in.”