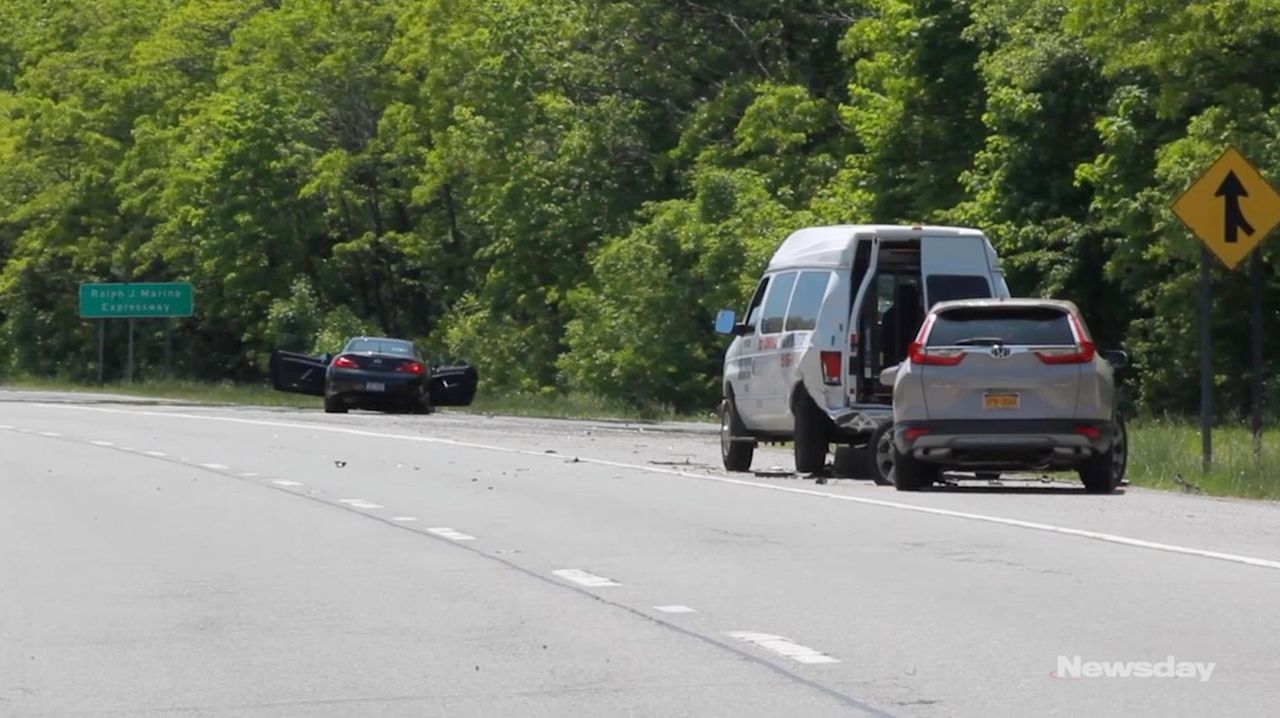 An ambulette driver who had stopped on the shoulder of the southbound Seaford-Oyster Bay Expressway was struck and killed Wednesday morning while talking to another motorist, police said. Credit: Howard Schnapp

An ambulette driver who had stopped on the shoulder of the southbound Seaford-Oyster Bay Expressway while transporting a patient was struck by a car and killed Wednesday morning, police said.

The victim, Herman Hanson, 74, of Hempstead, was struck about 7:15 a.m. outside his ambulette, while speaking to a family member of the patient to discuss which route they would take to the hospital for the patient to undergo a treatment, said Det. Lt. Stephen Fitzpatrick of the Nassau police homicide squad.

The driver of a third vehicle, an Infiniti G37, driving south on the expressway, sideswiped him, his van and the other car, police said. The ambulette driver was prounouced dead at the scene, south of Jericho Turnpike in Syosset. No one else was seriously injured, police said.

"The [Infiniti] lost a tire on impact and then continued down about a hundred yards without a wheel, so it was probably moving fast," Fitzpatrick said.

The driver of the Infiniti and the other car remained at the scene, police said.

Fitzpatrick said investigators had ruled out alcohol or drug intoxication as factors in the crash, but  were still investigating whether speed or cellphone use played a role.

Fitzpatrick warned motorists of the dangers of pulling over on the shoulder of a busy highway.

"Just because it’s asphalt on the side of the road, the shoulder, doesn’t make that a safe zone," Fitzpatrick said. "If there’s grass, I would continue into the grass even further. To get as much distance from the lanes of the roadway is the best advice."

The crash resulted in  an hourslong closure of Route 135 lanes between Exit 13, for the Long Island Expressway, and Exit 14, for Jericho Turnpike, police said.