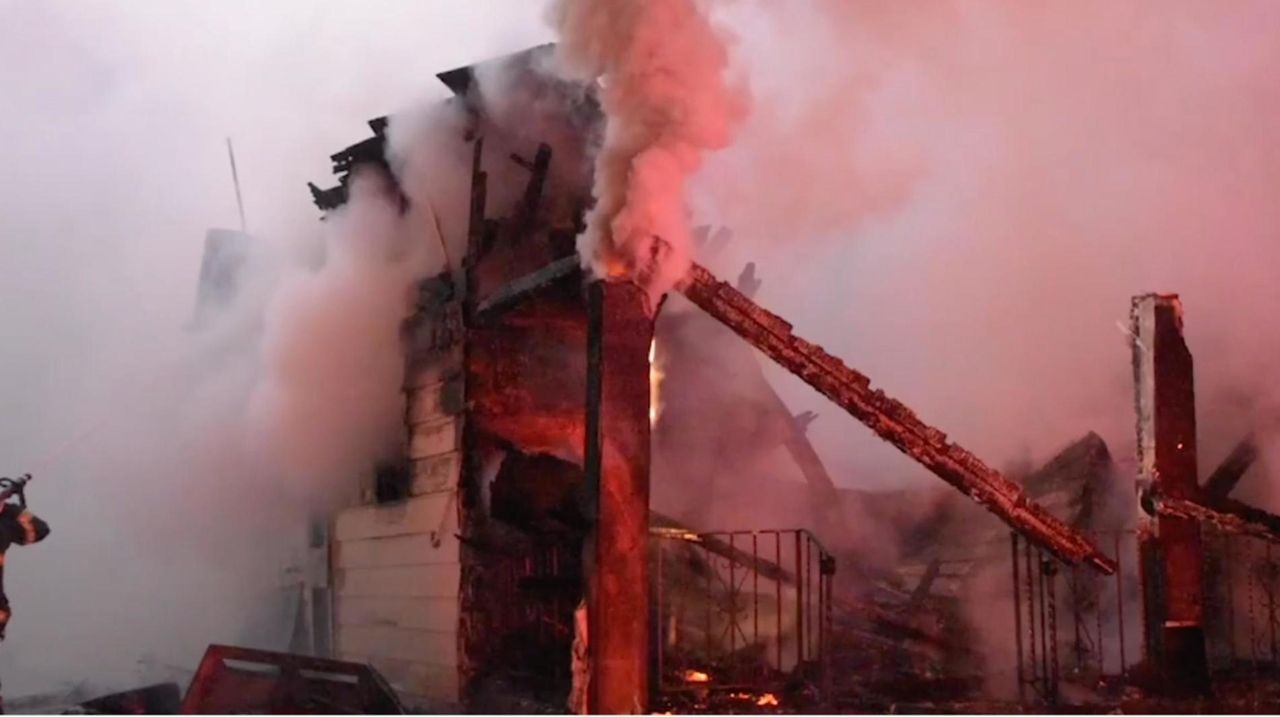 A boarded-up house in Hempstead went up in flames Wednesday night for the third time in the last 12 months, the Nassau County Fire Marshal’s Office said.

No one was inside 30 Jerusalem Ave. when Hempstead firefighters arrived about 9:30 p.m. to a raging fire at the large, two-story house, he said. It was so fierce that 12 departments had to send more than 150 firefighters to keep the flames from spreading, Uttaro said.

Flames jumped to the house next door, causing significant damage, but no one was home at the time, the fire official said. The heat also melted the awning and other parts of the strip of stores on the other side of the unoccupied house, he said.

Firefighters did a good job of getting the blaze under control in about 90 minutes, the fire official said.

“With all the people there and the volume of flames, thankfully there were no injuries to any of the first responders,” Uttaro said.

Details on the cause of the previous two fires were not immediately available late Wednesday.

The house has been unoccupied for a long time, Uttaro said.

The cause of the latest fire was undetermined but in light of the previous two fires, he said, “there’s obviously a suspicious element to it.”