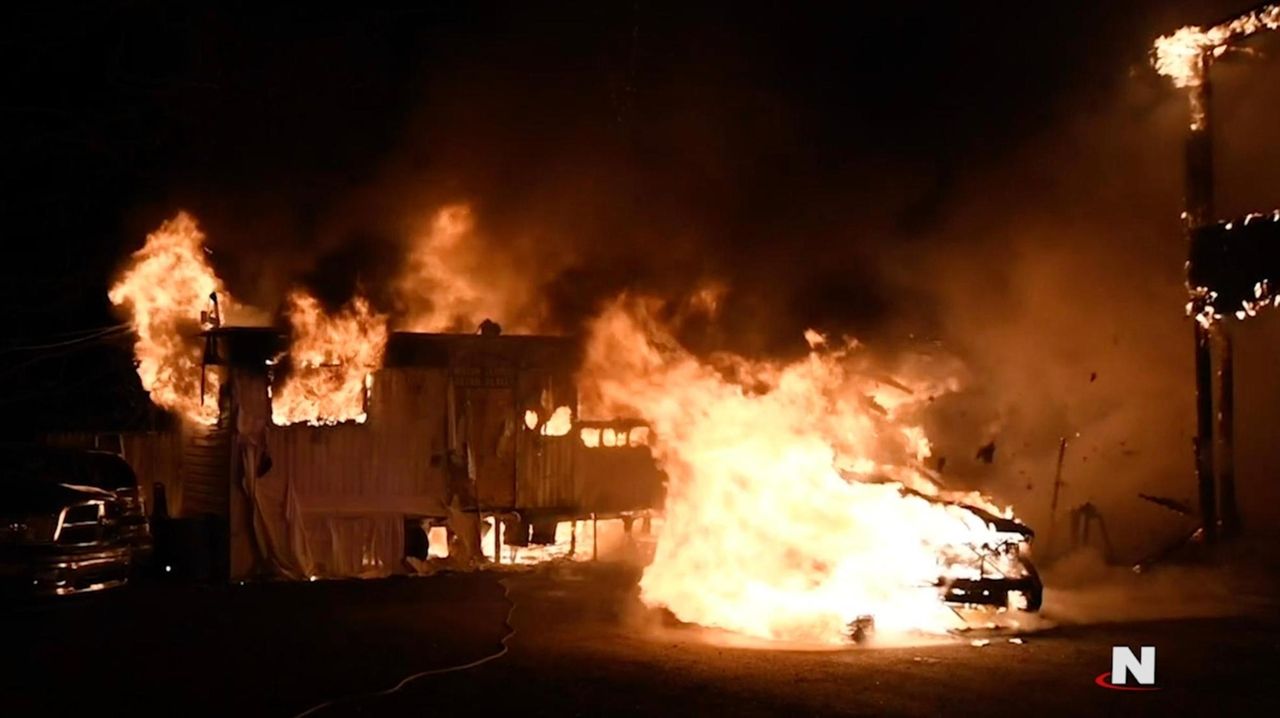 Officers responding to a 911 call about 1 a.m. helped the residents escape after flames engulfed the back of the upstairs section of the building on Nassau Road, police said. About 15 people were led to safety and another 10 to 15 residents of nearby homes were evacuated, according to police.

No injuries were reported among those evacuated, police said. Two Roosevelt firefighters were injured, said James Hickman, assistant chief fire marshal with the Nassau County Fire Marshal's Office. One firefighter was treated at the scene, while the second was hospitalized with a leg injury, Hickman said.

"The fire is nonsuspicious," Hickman said, adding that the cause was "undetermined at this time."

Firefighters from Freeport, South Hempstead and Uniondale, along with 10 other local departments, also responded to the blaze, police said.

Displaced families were assisted by the Red Cross and one woman told Newsday that residents had received a hotel voucher, though she said she planned to stay with family.

Zack Azizi, who owns the Convenience Smoke Shop, which shares the ground floor of the building with Kerc Liquor and the entrance to second-floor apartments, where he lives, said he was asleep when police knocked.

After he and a cousin got out of the building, Azizi said he saw a tree, a car and trailer behind the store catch fire.

He stood across the street, in front of the Roosevelt Public Library, watching the flames.

"It was pretty awful," he said. "Pretty much everything is gone, but, you know, we’re alive. Everything I own upstairs and downstairs is gone."

Carlita DeLa Rosa, 51, who lives at the apartment with her 33-year-old son and his 13-year-old daughter, described the fire as a "nightmare."

"We’re alive," said DeLa Rosa, who was also babysitting her daughter’s 5-year-old son when the fire started. "Nothing happened to us."

Looking at the apartment, DeLa Rosa said: "Everything is gone."

The owner of Kerc Liquor, Peter Stephens of Freeport, said he hoped he would be able to continue the business he'd operated for 22 years.

With Antonio Planas and John Valenti