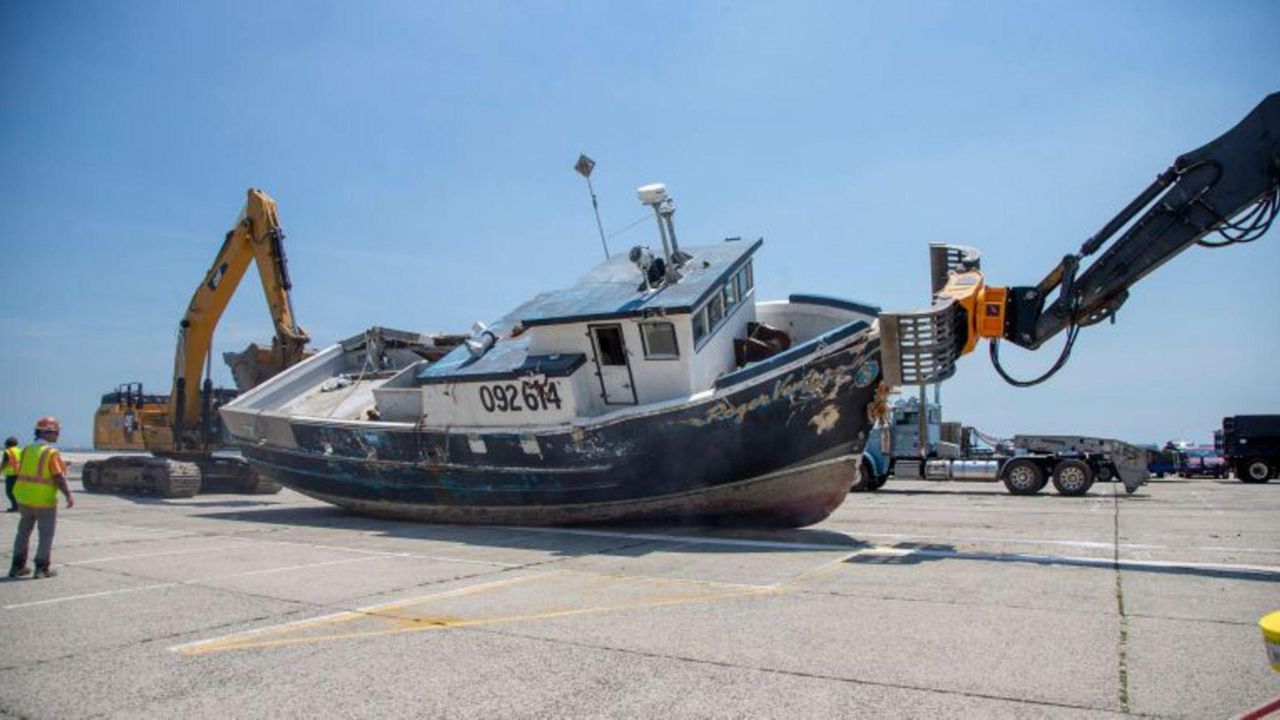 It’s an ignominious end after all, for the old, wooden fishing boat that washed ashore at Wantagh’s Jones Beach State Park.

Two front-end loaders and one “grasper” began the process of hauling away the 40-foot-long Roger Ventures on Thursday morning.

The boat, whose well-polished and varnished interior reveals it once was well-cared for, was bound for the Carolinas when it repeatedly broke free from its tow, came ashore just east of Field 6 on June 9.

Though state officials pondered reusing it after its owner abandoned it, that did not prove feasible.

“It’s cost-prohibitive to haul it off the beach," said George Gorman, regional director for Long Island in the state Office of Parks, Recreation & Historic Preservation.

The boat's ultimate destination was not immediately known.

Cuomo: NY pushing toward reopening, agreeing to limit COVID-19 powers
Alzheimer's Association hosting free virtual seminar on legal, financial planning
2:29 Looking back one year, 'I see that I am one of the lucky ones'
Third COVID-19 vaccine arriving in NY as soon as today
Wantagh High closed after new virus cases surface
Suffolk lawmakers approve new aquaculture leases, rules
Didn’t find what you were looking for?