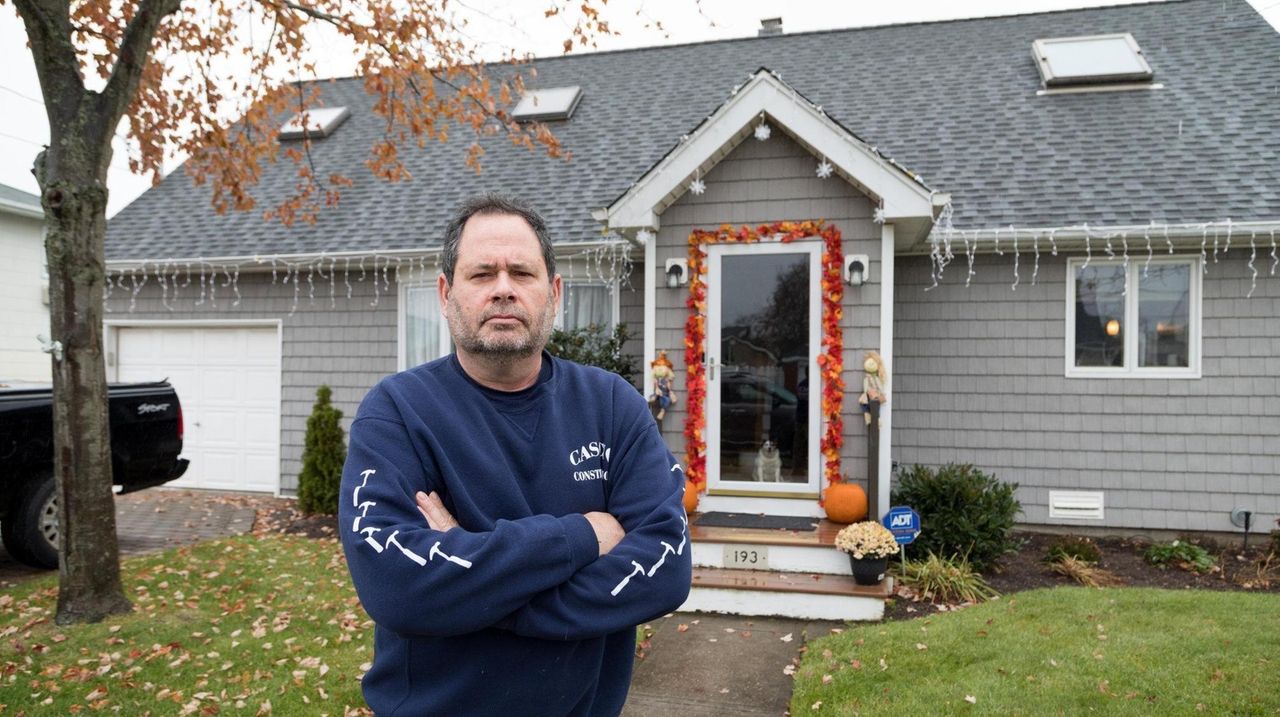 Mike Cascio thought the worst of the storm was over after repairing his Oceanside home that took in a foot of water during superstorm Sandy.

Since then, Cascio has been told he needs to elevate his home and his flood insurance premiums have doubled.

“I was fortunate I bought my flood insurance when my house was not in a flood zone and I bought a low risk policy,” he said. “The premium has doubled in 10 years. I can only imagine people paying more than me getting hard hit.”

Cascio and thousands of others on Long Island’s South Shore face flood insurance costs that could increase under a new risk rating program that was recently shelved by the Federal Emergency Management Agency until 2021.

The Hempstead Town Board is asking Congress to revise the National Flood Insurance Program to ensure premiums stay affordable for homeowners along the Island's coastal communities.

The town board unanimously passed a resolution last week opposing the reauthorization of the flood insurance program’s proposed changes for risk ratings and urged Congress to “instead seek meaningful affordability protections.”

The resolution came a week after the Federal Emergency Management Agency agreed to delay risk rating changes until 2021, but board members said the program will hurt residents who are still rebuilding and others who face substantial damage assessments.

“The Town Board believes it is imperative that Congress include in any reauthorization legislation a significantly lower cap on annual percentage increases for all NFIP premiums,” the resolution states.

FEMA’s proposed changes of “Risk Rating 2.0” would calculate a homeowner’s flood insurance based on several factors, including the home’s distance to water and the cost to rebuild a home.

Town officials said the program would increase rates by 18% annually until they reach actuary rates, and premiums may double every four years.

“I think that everyone who lived through Sandy and its aftermath would agree that changes need to be made,” Councilman Anthony D’Esposito said. “That being said, we need to ensure that whatever changes take place are in the best interest of our residents and do not make it impossible to remain in their homes.”

FEMA postponed changes amid criticism from town, state and federal officials, including Sens. Chuck Schumer and Kirsten Gillibrand. FEMA officials said in a statement this month that they would conduct a “comprehensive analysis of the proposed rating structure so as to protect policyholders and minimize any unintentional negative effects of the transition.”

The town board also passed a separate resolution seeking data from FEMA of substantially damaged homes after the storm. Hempstead Supervisor Laura Gillen’s office sent letters in March to 13,000 homeowners notifying them of damage designations, but the town is requesting further information from FEMA.

Cascio was told his home was significantly damaged and needed to be raised last year, years after repairs were already made. He challenged the Town of Hempstead’s building department and now is not required to raise his home.

“Homeowners who may have been substantially damaged by Sandy, but were never properly noticed on their responsibility to repair and elevate by prior administrations, face a perfect storm of devastating flood insurance premium hikes,” Gillen said.