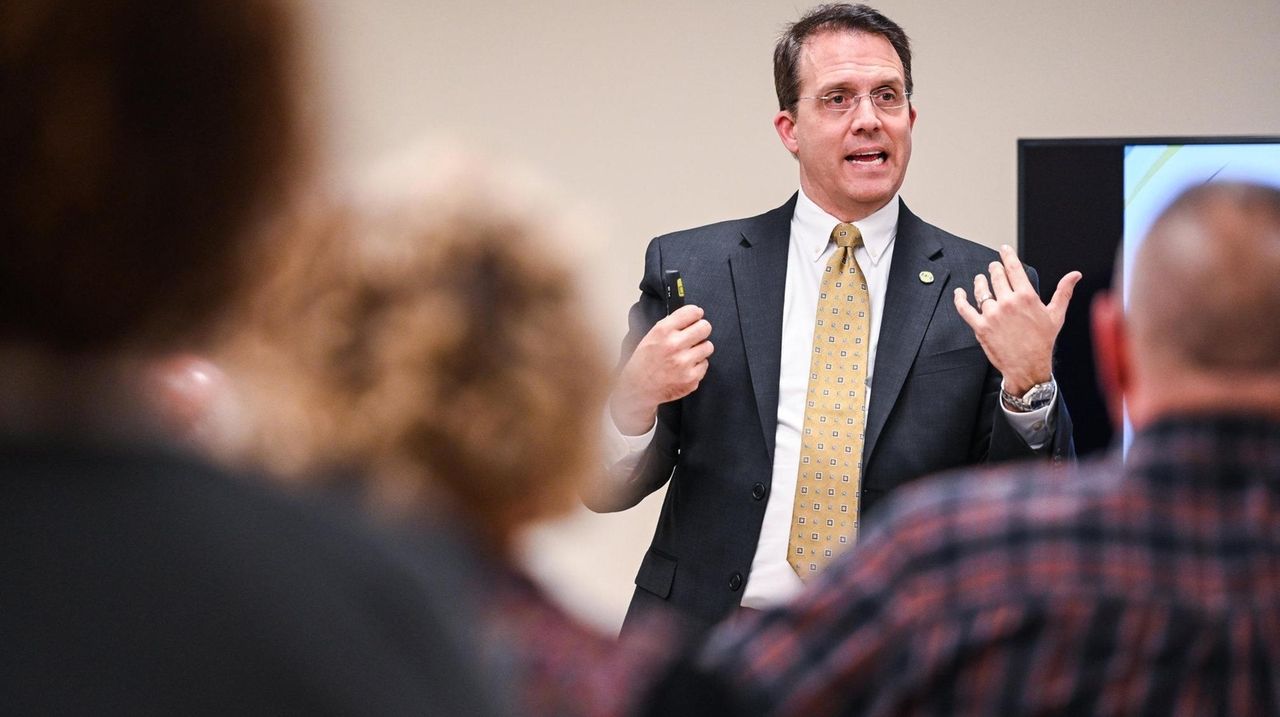 The forum in Farmingdale Thursday was designed to inform people about a new state law that extends time-limits for child abuse victims to file criminal charges or lawsuits. But the forum also served as a support group for these survivors.

Jeffrey Dion, head of the Zero Abuse Project, told the group of 40 assembled at the Farmingdale Public Library that many victims had not pursued legal action because the state's statute of limitations had expired by the time they were emotionally ready to come forward.

The focus of the gathering was the New York Child Victims Act, enacted earlier this year. Dion told the group the new law was designed to help those types of victims.

The law allows a one-year period for filing molestation lawsuits, regardless of how long ago the abuse occurred. Previously, New York’s statute of limitations required civil or criminal charges be filed by a victims' 23rd birthday, Dion said.

"Often, the problems don't manifest until adulthood," he said, noting that studies show the average age for a victim to disclose child abuse is 52. "It's like being exposed to asbestos today but not feeling the effects for 30 years."

Dion told the group he had been sexually molested when he was 7. But it wasn't until he was in his 30s, Dion said, that he realized how the abuse had harmed him emotionally.

People avoid coming forward for numerous reasons, he said. Some young people fear they won't be believed or will somehow be blamed for what happened. Others have been threatened into secrecy, Dion said.

"The perps threaten them, saying, 'I'll kill you or your dog,' " Dion said.

Harold Siering, 55, of Massapequa Park, said he had been sexually abused as a child. He had traveled to Albany to speak in favor of the new law.

"I wanted to make sure it passed," he said at the forum. "I already have a case filed."

A few of those in attendance Thursday asked why the new window of opportunity is only one year.

Dion answered that several religious institutions lobbied hard against the law and this was the best deal supporters could get. Organizations such as the Roman Catholic Church and the Boy Scouts had long opposed the legislation on grounds that new allegations of abuse from years past hampers the organizations' ability to defend itself in court.

The Child Victims Act has triggered numerous sexual abuse cases against Diocese of Rockville Centre personnel. A diocese attorney said motions have been filed to dismiss 44 such cases against the diocese.

Some at the library forum said more must be done to help victims. They complained that criminal cases against abusers are often pleaded down to lesser charges, so the person never ends up listed on a sexual predator registry. Others said many attorneys only want to take cases against institutions because they can make more money.

Diane Fabel, 61, who lives in Suffolk County, talked about the sexual abuse she faced in high school, and the troubles she's had in finding a good lawyer.

"They wanted me to build the case for them," Fabel said of the attorneys with whom she has spoken. "I don't know what I should do."