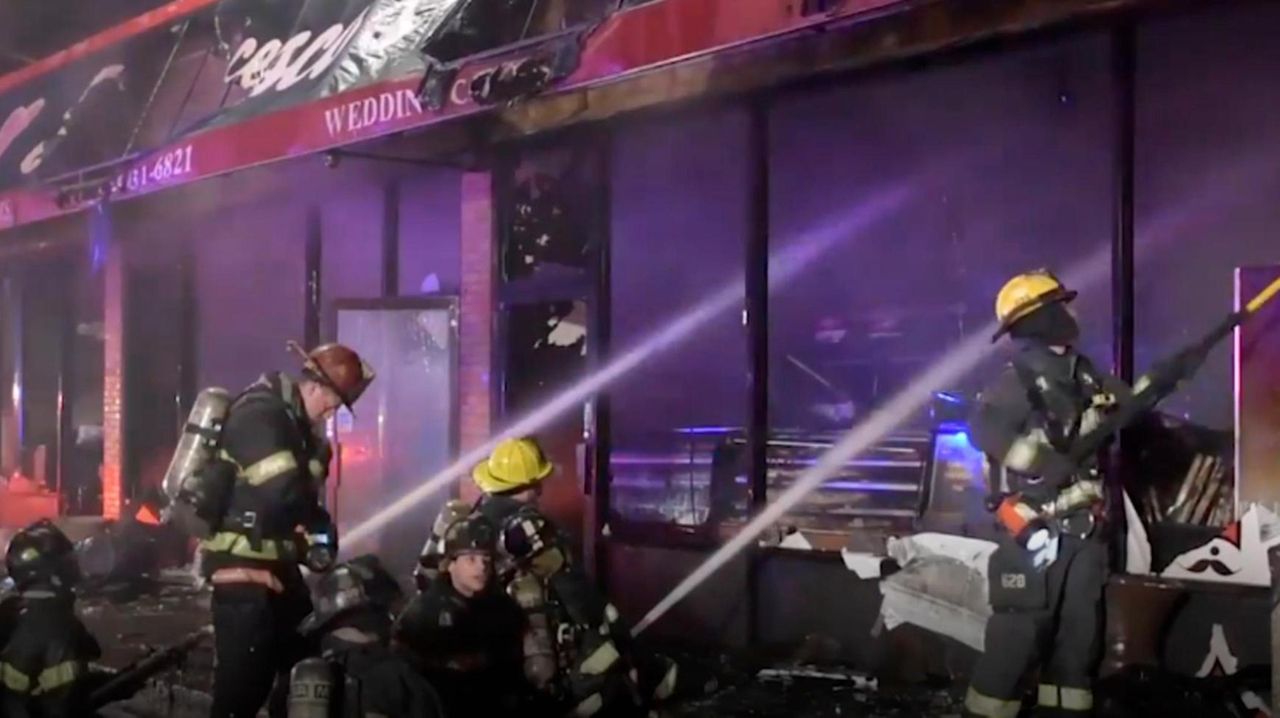 Guerrieri drove from his Bethpage home to the Broadway strip mall that housed the bakery bearing his father's name for 30 years. From far away, he thought it might be just a small fire. But as he got closer, he realized it was much more.

The blaze had burned through the roof of the place. Michael Uttaro, the Nassau County assistant chief fire marshal, later said it was a "total collapse" of the bakery's structure.

To Guerrieri, the fire had taken a piece of his childhood and his family's life and legacy.

“My heart got crushed last night,” said the younger Guerrieri, 22, in a telephone interview Monday morning. “I took my first step in that building. I was in that bakery every day and every weekend when I was growing up. It’s just heartbreaking to see 33 years of work burn down in three hours.”

The cause of the fire, reported at 11:27 p.m. Sunday, is listed as “undetermined but not suspicious,” Uttaro said. Nassau County police's Arson Bomb Squad is investigating, police said.

Workers at Legends on Broadway, a bar and grill next to the bakery, called 911 after smoke infiltrated the restaurant, one of three businesses at the shopping center, Uttaro said.

“We don’t have an exact location, but believe it started in the ceiling between the cockloft, a combustible space between roof and ceiling, inside the bakery,” he said.

Bethpage firefighters were the first group to arrive, Uttaro said, when the fire was shooting through the roof.

“Pretty much the entire roof was burned off,” Uttaro said. “There was significant damage.”

The Italian-American bakery, built before the 1980s, did not have smoke detectors and a sprinkler system, Uttaro said. He said the business would have been grandfathered in under state and county laws that required most commercial businesses to have those systems beginning in the mid-1980s.

On Monday, the seven bakers and other employees of Francesco’s Bakery who worked out of the Hicksville store went to the bakery’s second location in North Massapequa, where they will work to make the 90 wedding cakes that have been ordered for this week, Antonio Guerrieri said.

“We are calling all the brides to assure them that we will make their cakes,” he said in an interview between fielding calls from customers. “We haven’t missed an order in 30 years, and we don’t plan on starting now.”

Francesco Guerrieri, the bakery's owner, told News 12 Long Island that an employee alerted him to the fire.

“It's heartbreaking,” he said at the scene. “We'll do what we have to do.”

Antonio Guerrieri, who along with his younger sister joined the family business, vowed to rebuild the shop.

“Francesco’s Bakery will be back,” he said. “We are going to rebuild, and we will prevail.”