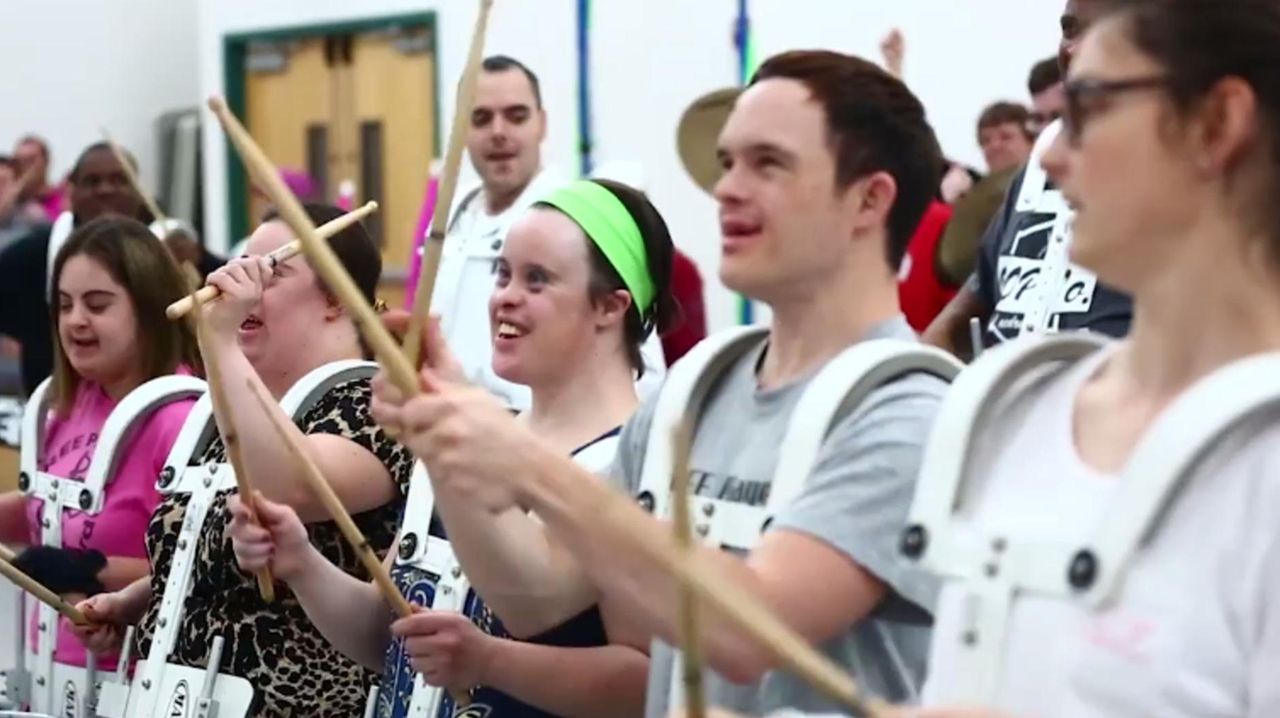 FREE Players Drum Corps, the first special-needs drum corps in the country, has been invited to play at the Drum Corps International World Championships. The band, seen here on Wednesday, April 26, 2017, was founded at Old Bethpage-based Family Residences and Essential Services in 2010, and is trying to raise money to make the trip in August. Credit: Newsday / Chris Ware

A Long Island drum corps is hoping to be the first special-needs band to perform at the Drum Corps International World Championships.

Brian Calhoun was working as a music specialist with Family Residences and Essential Services, a nonprofit that provides services for the differently abled, in 2010 when he started the FREE Players Drum Corps with just five members.

“We were just playing with sticks and pads, and had this dream of one day marching in a parade,” Calhoun said.

The Old Bethpage-based group — the first special-needs drum corps in the country — has since grown to 70 members, Calhoun said. Its members are now preparing to perform in the Drum Corps International World Championships, a showcase that will feature about 60 groups from around the world, according to John DeNovi, DCI director of business development. The event takes place Aug. 7 to 11, 2018, in Indianapolis, and Calhoun said the group has raised about $33,000 of the $65,000 needed to cover travel expenses.

The band, which consists of a drum line, color guard and brass section, has performed at Disney World and in showcases all over the country, and it also has marched in the New York City Columbus Day Parade. Most members range in age from 21 to 35 years old, Calhoun said.

“When we travel to these events, they’re accepted and appreciated and credited for inspiring others,” Calhoun said. “They show that they’re just as passionate and exhibit just as much camaraderie as the other groups.”

Jennifer Pace, 34, of Bethpage, has played snare drum for the band since 2011. She says she enjoys seeing the “passion and hard work” of the other members.

“I love traveling with the drum corps,” she said. “It’s a lot of fun.”