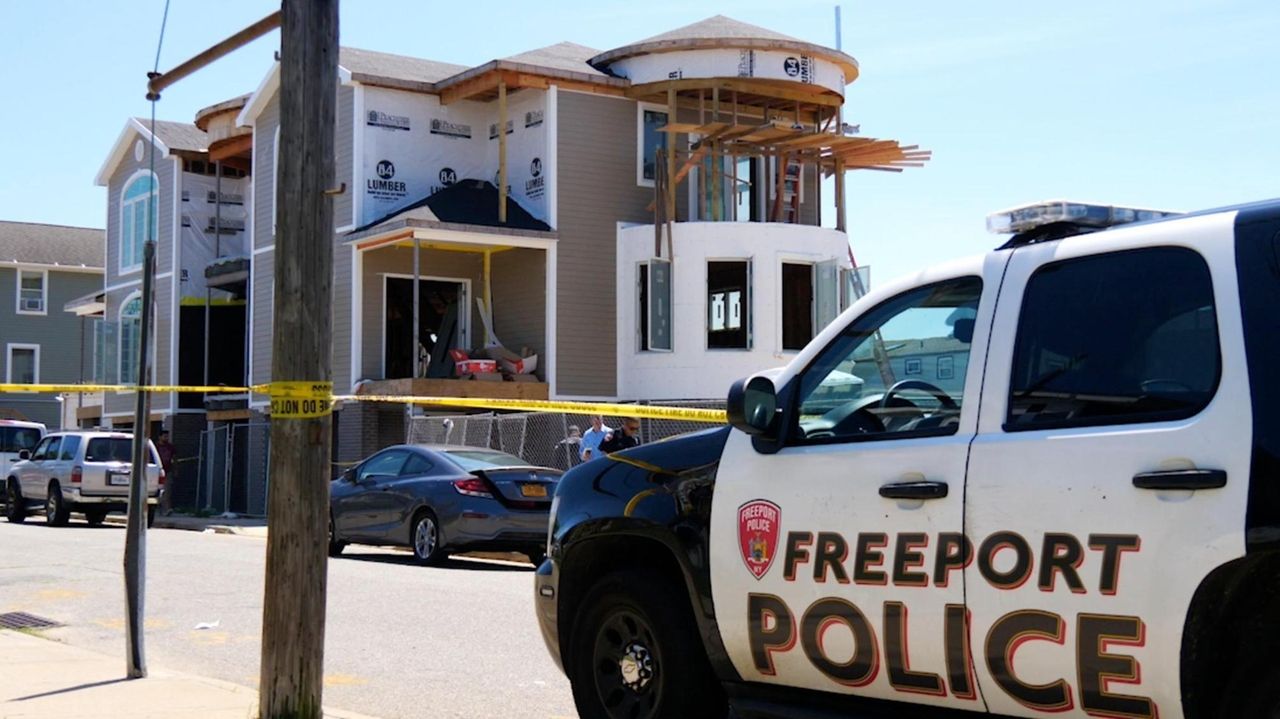 Two construction workers fell at least 30 feet when their makeshift scaffolding collapsed in Freeport on Monday, sending one to the hospital with life-threatening injuries and the other with critical injuries, authorities said. Credit: Jim Staubitser

Two construction workers fell at least 30 feet when their makeshift scaffolding collapsed Monday in Freeport, sending one to the hospital with life-threatening injuries and the other with critical injuries, authorities said.

The men,  building a new home on South Bayview Avenue, were on a scaffolding  made of two-by-four planks, according to Freeport Village Attorney Howard Colton.

The project had the proper building permits, but village building inspectors at the scene issued several violations, including for unsafe conditions, Colton said. Nassau police were conducting an investigation and OSHA inspectors were expectedto arrive, he said.

Alberto Mejia, owner of Spanglish Home Improvement in Hempstead, said one of the injured workers was his 18-year-old son and the other was an employee in his 20s.

Another workers on site, a carpenter, forgot to secure the scaffolding to the house, Mejia said in a brief phone interview from the hospital. He said both men sustained serious head injuries.

A house that used to be there was razed and workers were building a new three-story house, said Malkit Singh, owner of Hicksville-based AMSJ Construction Corp., which is doing much of the construction. The homeowner had hired Spanglish for roofing and siding work, services AMSJ does not offer, he said.

Singh said one of his employees was inside the house working when he heard a cry: "My guy was working inside and suddenly, he said he heard 'help, help.' " His employee, along with others working at the house, rushed out and called 911, Singh said.

Nassau police did not immediately have details on the case.

Correction: A previous version of this story misspelled the surname of Alberto Mejia and the Hempstead company he owns, Spanglish Home Improvement.

Fighting COVID-19: How medical experts have faced the virus
How to get a COVID-19 vaccine appointment
1:42 Transition to high school more troublesome because of COVID-19
2:19 A baby journal lost on the LIE to be reunited with family
2:15 Nassau holds 'Community Vaccination Day in Elmont
Nassau Executive Laura Curran in COVID-19 quarantine
Didn’t find what you were looking for?