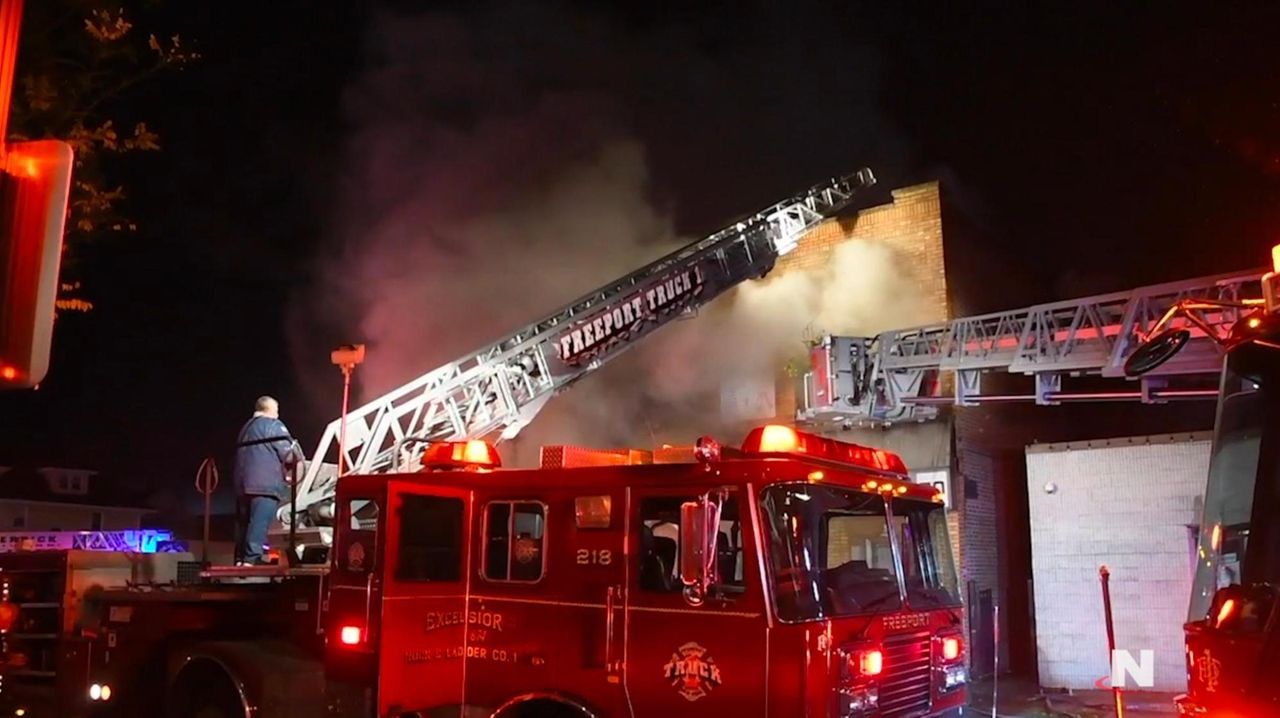 This story was reported by Joan Gralla, Keldy Ortiz and John Valenti. It was written by Valenti and Antonio Planas.

The floral shop, Duryea's Florist, was described by Kaitlyn Martin as her family's "lifeline."

Martin, 32, said her grandmother, Lorraine Martin, owns of the shop that has been with her family since the 1980s.

"For me and my family, this is a lifeline. It’s our life’s blood. It’s everything," she said.

At one point a "backdraft-type" explosion ripped through the two-story structure at 70 Guy Lombardo Ave., blowing out the front windows of one store, Nassau County Assistant Chief Fire Marshal Michael F. Uttaro said.

The blaze does not appear to be suspicious and the cause remains undetermined, Uttaro said.

Officials said the fire was reported in a 911 call at 12:26 a.m. and that firefighters from 10 departments responded to the scene.

Five firefighters were injured. There were no reported civilian injuries, Uttaro said.. Uttaro said three of the injured firefighters refused medical attention at the scene and said two were transported to Mount Sinai South Nassau Hospital in Oceanside — one for treatment of heat exhaustion, the other for a laceration-type injury suffered fighting the blaze. Both were in stable condition, he said.

The building had additional commercial space above the two storefronts, Uttaro said.

There was extensive damage to both shops and Raymond Maguire, secretary to the Freeport Fire Department, said: "Those poor people lost the florist and the deli."

Officials said smoke detectors in the building were present and operational.

Kaitlyn Martin remained at the scene hours Friday after the fire happened. She is hopeful the shop can reopen at that location or a different site because it's been a staple in Freeport.

"I like that our family brings joy to other people," Martin said. "Puts a smile on their face whether it would be for a birthday or for like milestones, a wedding, or even the sad times in funerals. At least we can give some sort of … light in a dark time."