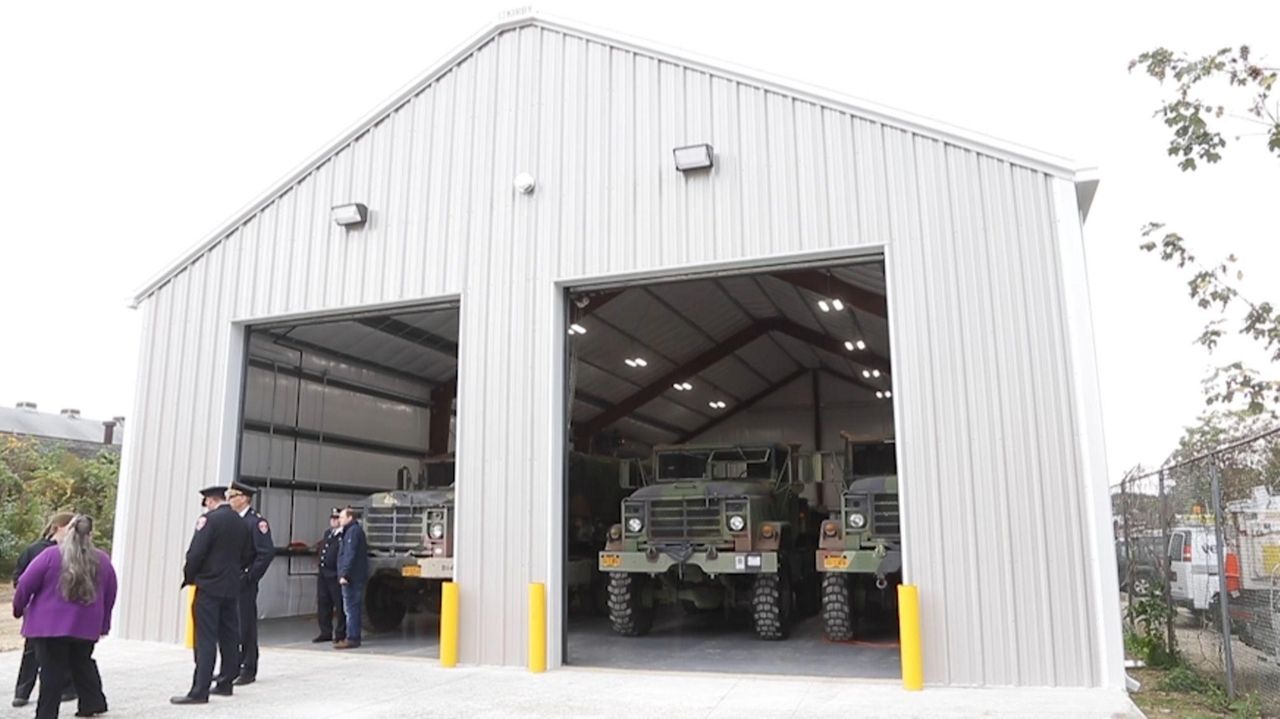 On Thursday, Oct. 26, 2017, Freeport and Nassau County officials commemorated the opening of a storm shelter and emergency management center for the village, five years after superstorm Sandy hit. Freeport Mayor Robert Kennedy said the $484,000 garage and shelter will house high-water vehicles and flood equipment valued at $750,000 to dispatch in another storm like Sandy. Credit: Howard Schnapp

Freeport and Nassau County officials on Thursday commemorated the opening of an emergency management center and storage facility for the village, five years after superstorm Sandy.

Freeport Mayor Robert Kennedy said the $484,000 garage will house high-water vehicles, emergency supplies and flood equipment valued at $750,000 to dispatch in another storm like Sandy.

“Until we’re able to protect from flooding, we must develop policies and procedures to prevent damage caused by flooding,” Kennedy said in a news conference.

Sandy damaged 3,000 homes and 60 businesses in Freeport five years ago, destroying the village’s famed line of restaurants on the Nautical Mile. Freeport sustained $100 million in damage during the storm, including 15,000 tons of garbage and oil washed away.

The new facility is expected to include $500,000 of additional equipment.

“I’m confident this facility will meet the needs of police and fire when responding to all emergencies in Freeport,” Kennedy said of the emergency center and storage facility.

Kennedy said he just returned from New Bedford, Massachusetts, where he met with the U.S. Army Corps of Engineers about a proposal to add protective tidal gates to both entrances of Reynolds Channel at Jones Inlet near Point Lookout and East Rockaway Inlet by East Rockaway. Kennedy has said the tidal gates would protect flooding of the entire South Shore facing the bay and barrier island. The gates are modeled after gates in Massachusetts, Connecticut and in the Netherlands.

The Army Corps is conducting a $3 million Back Bays study that will include a review of the proposal.