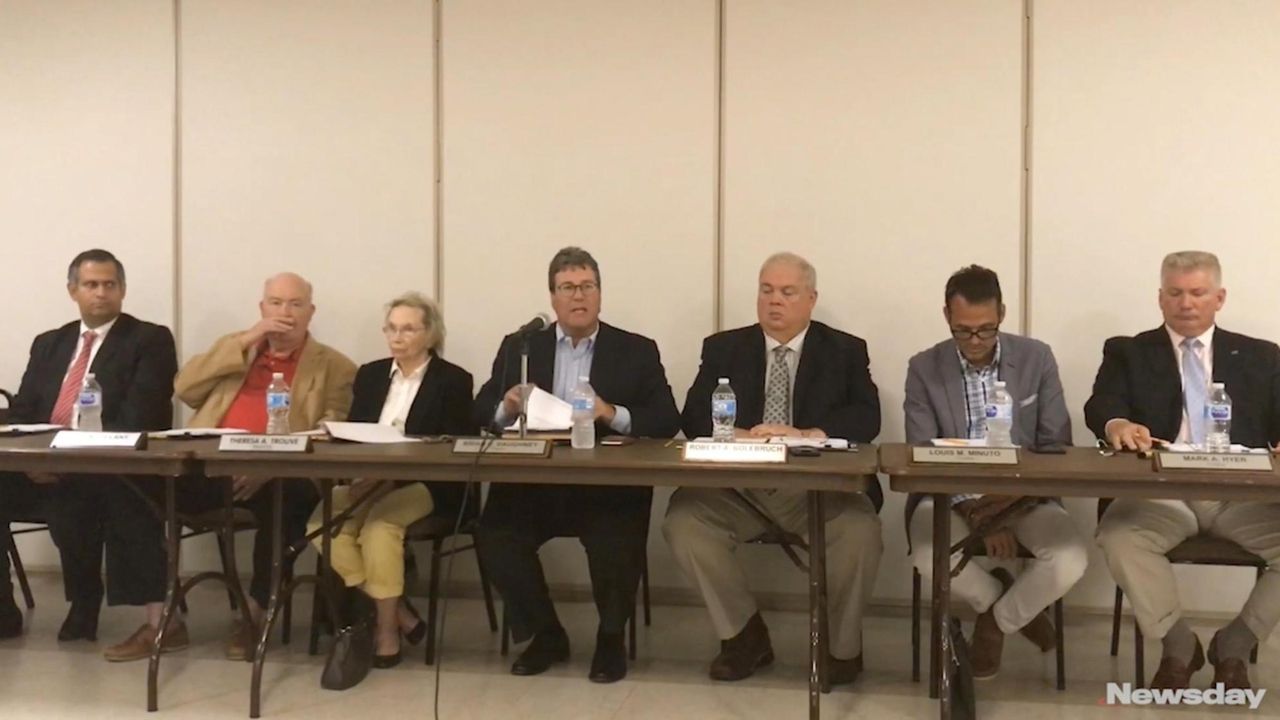 Garden City officials voted Tuesday night to approve a settlement of more than $1.1 million for a dozen paid firefighters, clearing the way for the village's plan to rely on an all-volunteer force.

The village board had voted July 25 to abolish the 90-year-old paid fire department after village officials said having volunteer firefighters would save the village about $2 million annually.

The volunteer force will include more than 100 firefighters, as well as fire chiefs who will take control of all staffing decisions in the department, according to the settlement. The board swore in five new volunteer firefighters Tuesday night.

“We’ve focused on safety and we believe this gets rid of protocols adversely affecting our response,” Mayor Brian Daughney said. “This is severance done in business every day of the year. We bought out people and settled litigation and without question, it was worth the trade-off.”

The paid firefighters also agreed not to contest the terms of the settlement, which will give them more than $1.1 million in retirement payments and buyouts.

Their union had been without a contract since 2011. The settlement also includes a 2-percent retroactive raise for each year the contract remained in arbitration. The collective bargaining agreement and union were decertified.

The village will pay a total of $574,634 to six of the paid firefighters who took early retirement that includes fully paid health insurance and payouts for accrued vacation and sick time. A seventh paid firefighter also retired. Two other paid firefighters — Paul Brower and John Esposito — will receive a combined $575,000 in buyouts effective their Aug. 30 departure date. Brower will collect $200,000 within 30 days of the settlement and Esposito is set to be paid $375,000 by July 1, 2019. Esposito will also receive the village’s health plan through the end of 2019, unless he is hired elsewhere. Brower's portion of the settlement does not include the health plan or restrictions on future employment.

Two remaining paid firefighters — T.J. Michon and Michael Morgan — were placed on paid administrative leave in July, and as part of the settlement, have agreed to retire before they reach 20 years of service in 2020 and 2022, respectively. Another paid firefighter, Vincent DeBona, will remain on paid medical leave until 2022. The compensation packages for the three were not released Tuesday night.

The move leaves Long Beach as one of Long Island's sole remaining paid fire departments, with about 17 members.