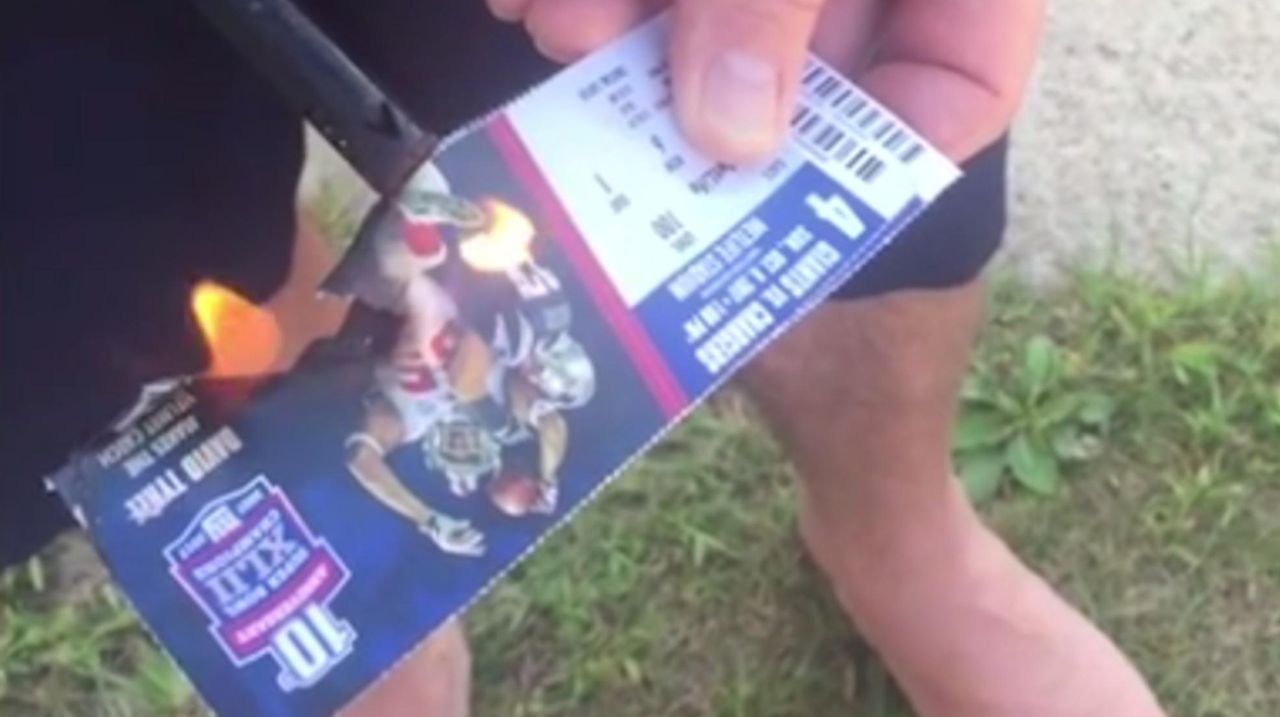 Brendan Finn has been going to New York Giants games since 1983 and has been a season-ticket holder for the past 10 years. But on Sunday morning, after seeing players from the Baltimore Ravens and Jacksonville Jaguars kneel during the national anthem, Finn made a decision to boycott the NFL.

He burned the two tickets he had for next week’s Giants game and posted a video of it online. It’s since been viewed by hundreds of thousands on Facebook.

“I’m not going to pay money or support anyone who disrespects the American flag or doesn’t support America,” said Finn, 60, who lives with his family on Long Island. “I respect that they have the right to do what they’re going to do but I have the right not to watch them.”

Finn, a retired NYPD officer, said he was upset last season when Colin Kaepernick began the practice of kneeling during the anthem to protest police brutality and even wrote to the Giants organization to express his concern. When he saw more professional football players taking a knee during the anthem Sunday following President Donald Trump’s tweets about the issue, Finn made the decision to boycott the league.

He said he torched his tickets even before three players for the Giants — Landon Collins, Damon Harrison and Olivier Vernon — knelt during the anthem.

In the video, Finn holds up his two tickets while wearing a memorial shirt for Raymond Cannon, an NYPD officer Finn worked with who was shot and killed during a robbery.

“There are thousands of cops just like him who gave their lives for this country and these people sit down and protest against cops?” Finn said before using a lighter to burn the tickets.

As he watches the tickets burn in a small garbage can, Finn says: “End of an era. I’m sad to see it happen but I’m sad to see what happened to America even more.”

Finn said he has no plans to watch or attend any of the Giants’ 13 remaining games this season, unless the organization apologizes to the law enforcement community and ensures its players will no longer protest during the anthem.