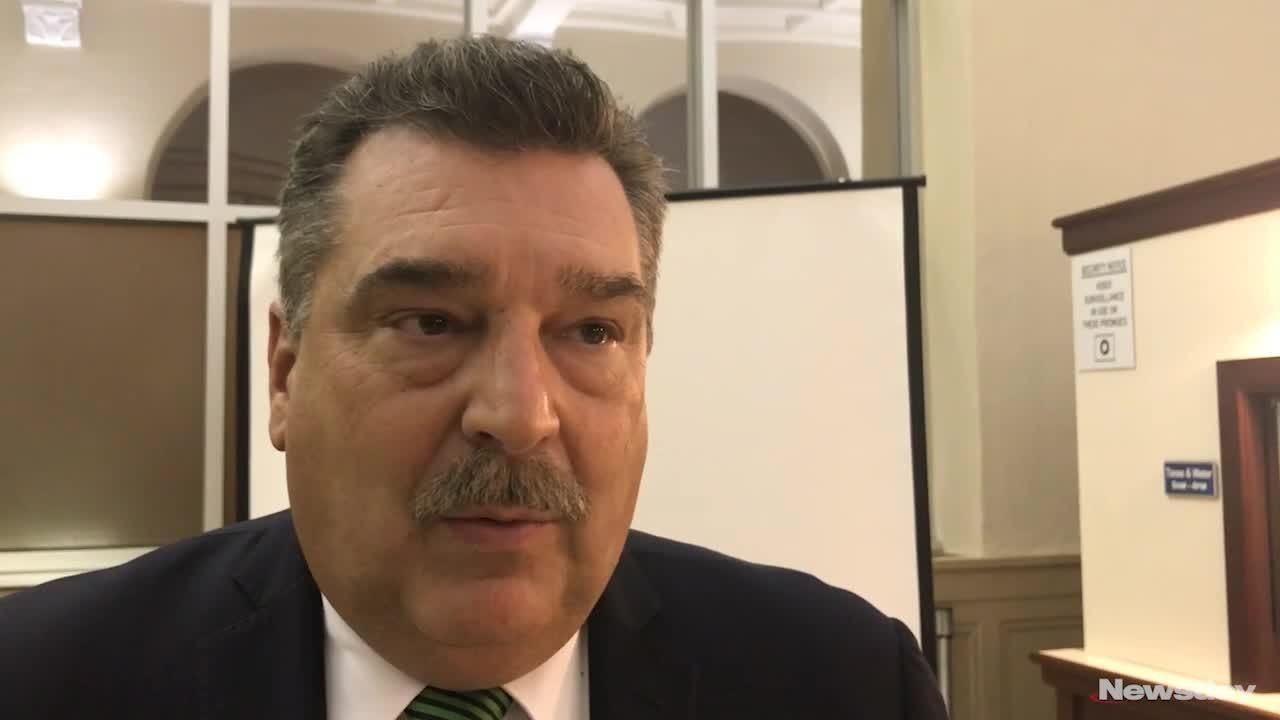 The Glen Cove City Council met in executive session Tuesday, May 22, to discuss whether to appeal a state Office of Mental Health decision overturning the council’s unanimous rejection of a residence for people with eating disorders. Credit: Newsday / David Olson

The Glen Cove City Council is weighing whether to go to court to appeal a state decision that overturned the council’s unanimous Feb. 20 rejection of a residence for people with eating disorders.

The May 15 decision by mental health Commissioner Ann Marie T. Sullivan allows Miami-based Monte Nido & Affiliates to convert a private home on St. Andrews Lane into a 14-bed residence for people with anorexia nervosa, bulimia and other disorders. The ruling cites the Padavan law, which limits a municipality’s ability to prohibit some types of group homes.

The council met Tuesday night in executive session to discuss the matter.

Mayor Timothy Tenke and two other city officials Wednesday met with several opponents of the Monte Nido plan who live near the residence. Tenke said he will consult with council members on how to proceed. If the council agrees to appeal the decision, it would have to call a special meeting to approve a lawsuit before the 30-day appeal deadline, he said.

One of the residents, former City Councilman and zoning board chairman Stephen Worth, declined to comment on the meeting except to say, “There was a full exchange of ideas with the residents and mayor.”

Several residents urged the council to appeal. They argued the state decision is flawed, relies on incorrect information and could be successfully fought.

Worth, 66, an attorney who lives two doors down from the house, said Sullivan’s finding that the area near the home “is a commercial corridor, that this is a mixed-use area, was ridiculous.”

Under the Padavan law, the mental health commissioner can sustain a municipality’s objections to a residence such as Monte Nido if the facility substantially alters an area’s nature and character.

Sullivan wrote that, with few other similar group homes nearby and with the home in a “mixed-use” area that includes a Long Island Rail Road station a few hundred feet away and Nassau Country Club across the street, “the nature and character of the area in which the facility is proposed to be based would not be substantially altered.”

Jennifer Gallagher, chief development officer for Monte Nido, said “We believe the decision was a sound one and that the commissioner cited real evidence why the city’s decision should be overturned.”

Opponents of the facility say it could reduce property values, lead to increased traffic and be out of character in a neighborhood with historic homes.

Monte Nido still must obtain a license to operate the residence. State and Nassau County officials are reviewing the application and will make recommendations to the state Behavioral Health Services Advisory Council, an Office of Mental Health official said. Sullivan will make the final decision, possibly as early as next month, the official said.

The residence would be the first adult facility of its kind on Long Island and only the second in the state after a 14-bed facility Monte Nido operates in Westchester County.