Glen Cove officials face a daunting number as they search for a company to operate the first Long Island-to-Manhattan ferry service since a similar route ended in failure more than 15 years ago: $257.

That’s what the Metropolitan Transportation Authority paid for each one-way ferry passenger during eight weeks of service between Glen Cove and Manhattan during the 2017 commuting “summer of hell” created by Penn Station track repairs, MTA records obtained under the Freedom of Information Law show.

Passengers paid only the cost of a Long Island Rail Road ticket.

The number has underscored concerns about the viability of permanent ferry service out of Glen Cove — a key component of the city’s waterfront redevelopment. A $22.5 million project to construct a ferry terminal, dredge and widen Glen Cove Creek, and build a new bulkhead for ferry operations ended in 2016. It was funded with federal, state and city money. 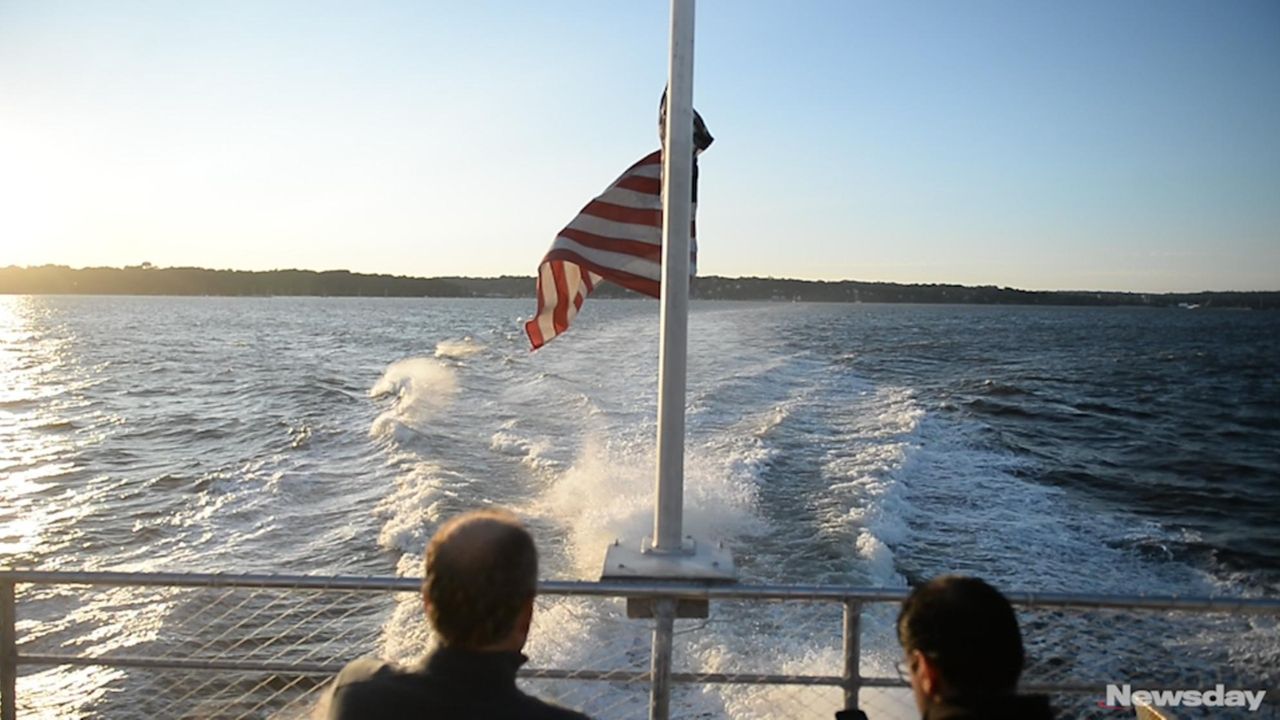 Ferry service could be a test run for long-term operation Suzanne Anderson of Glen Cove did not use the temporary ferry service to Manhattan, an alternative to reduced LIRR service during Penn Station construction during the summer. But she said she would consider using the service if she worked in the city or for trips into the city. The eight weeks of ferry service ended on Sept. 1, 2017. Credit: Steve Pfost

Experts cautioned temporary, emergency service is more expensive than long-term ferry operations, and Mayor Timothy Tenke said the factors that led to high costs and mostly empty seats over the summer would not recur when year-round service begins.

But city resident Maureen Tracy, a longtime skeptic of a Glen Cove-to-Manhattan ferry, said the per-ride summer cost indicates there is no way to offer a fare at a reasonable enough cost to attract sufficient ridership.

“We knew all along this was not going to be viable,” she said. “It’s a pipe dream.”

Tenke said abandoning the ferry plan is not an option.

The city faces a Jan. 1 deadline to begin commuter ferry service before the federal government considers asking Glen Cove to repay some or all of the $16.6 million in grants used to help prepare for new service.

Tenke, other city officials and representatives from Uniondale-based RXR Realty — majority partner of the Garvies Point development under construction next to the ferry terminal — meet Wednesday with officials from the Federal Highway Administration to request an extension of the deadline by at least a year. Tenke said he will argue that bulkhead installation and other Garvies Point construction work in the water and on land during 2019 could create hazards for ferry passengers.

At build-out, Garvies Point is to include 1,110 condominiums and apartments, with nearly half scheduled for completion by late 2019, providing a natural rider base for the ferry, said Donovan Finn, an urban planner at Stony Brook University.

During the “summer of hell,” the MTA last summer paid $760,000 to New York Water Taxi to operate one ferry to and from Wall Street each weekday, and more than $867,000 to Washington, D.C.-based National Ferry Corp. to run a boat to and from 34th Street.

An average of about 45 passengers rode the 149 person-capacity Wall Street ferry in each direction; 34 typically rode the 225-passenger 34th Street boat. The service ran from July 10 to Sept. 1.

That summer ferry does not predict whether long-term service would succeed, said Roland Lewis, president and chief executive of the Manhattan-based Metropolitan Waterfront Alliance, which advocates for increased ferry use.

The fate of the Glen Cove ferry could help determine whether other potential ferry service between Long Island and Manhattan should be seriously studied, Finn said. Last year, state Sen. Todd Kaminsky (D-Long Beach) and Assemb. Melissa Miller (R-Atlantic Beach) proposed ferry service from near Inwood, on the South Shore of Nassau County.

First, Glen Cove needs to find an operator for its ferry service. Tenke said two operators have bid for long-term service from the city. He declined to detail proposals or identify the bidders.

Representatives of the operator of the 2001-02 ferry, now-defunct Fox Navigation, said high costs and low ridership killed the service; the city blamed the operator for inadequate promotion and other missteps.

Ticket prices, Tenke said, would be close to the cost of an LIRR ticket.

A monthly LIRR ticket for unlimited rides between Glen Cove and Penn Station is $297.

Tenke acknowledged that a fare close to the cost of an LIRR ticket can only be attained with more than the $1 million subsidy over two years that RXR has promised for ferry service.

“There’s no cheap way to transport people,” he said.

And unlike establishing or expanding other transportation options, adding ferry service “is not a huge investment,” Lewis said. “You’re not building a new set of tracks or a highway. The water’s there.”

Tenke said city officials are in discussion with RXR for a more generous ferry subsidy, arguing that RXR is using future ferry service as a selling point for Garvies Point condo buyers and “it would certainly be in their interest to make the ferry a success.”

City optimistic to find operator for LI-NYC ferryGlen Cove officials say that despite "disappointing" ridership numbers during the temporary ferry service to ...

Politicians react to Cuomo report
It's Farmers Market Week all over the land, LI included
LI's Capobianco reaches second Olympic diving finals
Jones Beach concertgoers can take the bus
These restaurants, employers, colleges and NYC theaters will be requiring COVID-19 vaccines
0:47
MTA employees must be vaccinated or tested weekly, Cuomo says
Didn’t find what you were looking for?