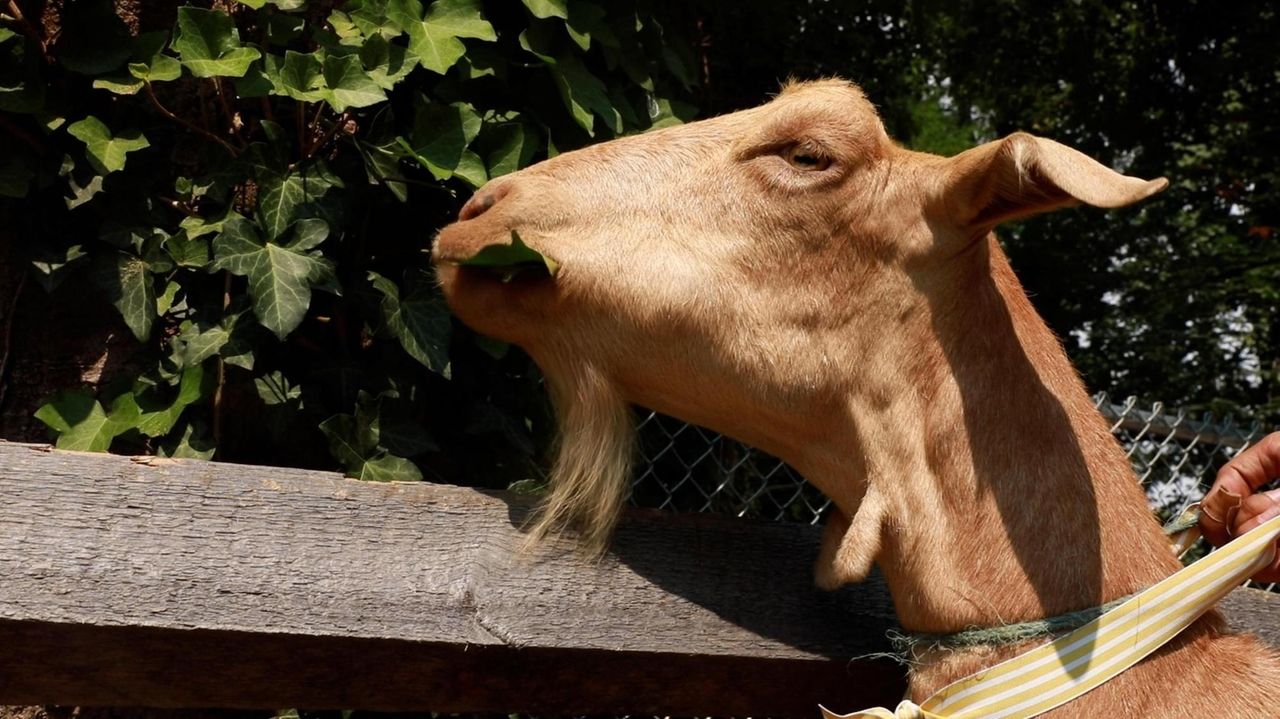 The Town of North Hempstead is counting on goats to help rid a one-acre overgrown site in Manhasset of poison ivy by devouring it.

Goat grazing is a tactic growing in popularity nationwide that communities use to rid green spaces of the allergenic plant without the use of pesticides.

Starting today, at $10,500 for the season, the four-member herd of two boys and two girls will take the next four months to clear the area and make it safer for pedestrians.

Bosworth said the town was having a hard time clearing the space of the plant and officials were concerned residents would be unknowingly exposed. She credited Councilwoman Veronica Lurvey for researching solutions and for proposing the idea. The contract was awarded to Lawrence Cihanek, co-owner of Green Goats, at the town board’s April 22 meeting.

To protect the town's newest temporary residents, the site has been fenced in and signs put up, warning against feeding or trying to pet the wild animals. Bosworth said town staffers will ensure the goats have water and are thriving.

Goats prefer non-native species, including poison sumac, which also has at least partly taken over the plot at the corner of West Shore Road and Shoreview Avenue in Manhasset. Goats can ingest vegetation without being harmed due to their ability to digest the noxious compounds found in the plant.

By the end of the summer, Anne Cihanek, co-owner of Green Goats, said the trees should be mainly clear in the area.

"The leaves will be gone off the trees. They will clear all of this, if it’s invasive," Cihanek said.

The goats, she said, tend not to eat the native plants, so some greenery will remain.

But luckily for North Hempstead, the goats enjoy poison ivy.

"I like to say they are combining work with pleasure," Bosworth said.