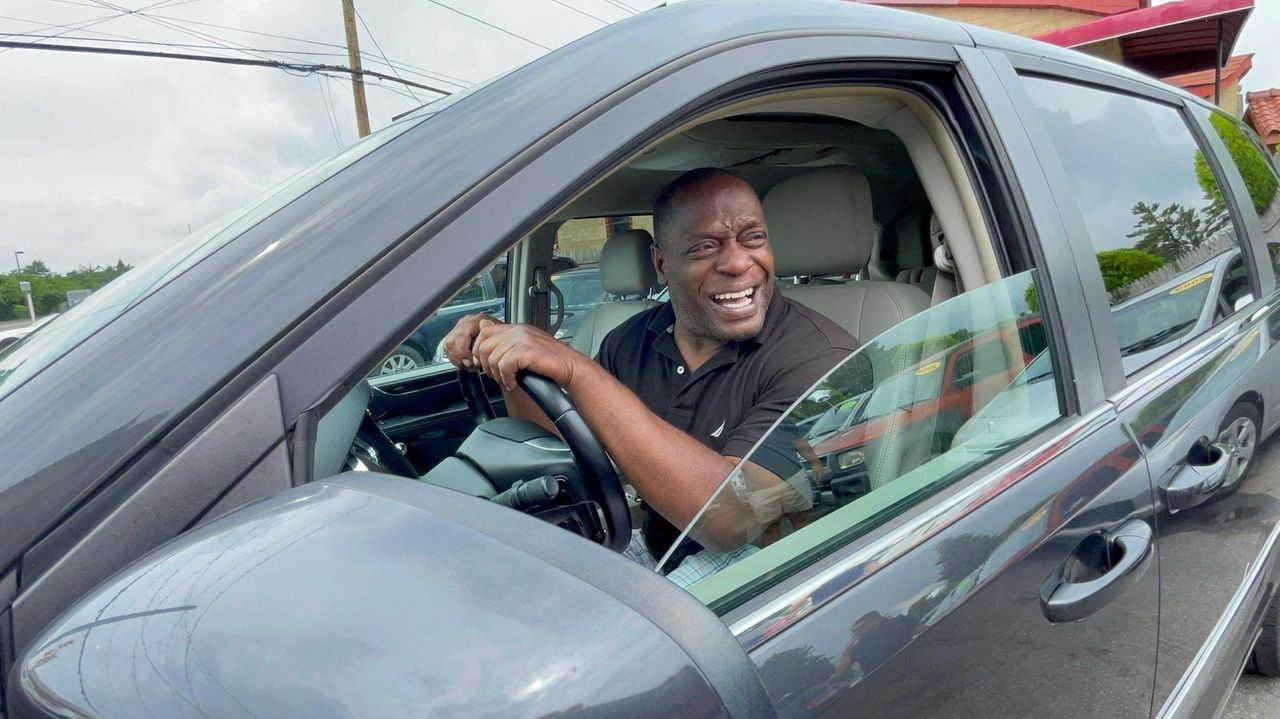 On Friday, a single father with five children, who has been living in a Jericho motel after a fire destroyed his home, will get a new minivan after a local activist helped raise the money for the vehicle through GoFundMe. Credit: Howard Schnapp

Richard Sams didn’t hold back tears as he remembers the last time he drove a vehicle: a U-Haul to move family belongings from a Jericho motel to a shelter in Hempstead.

The move extended his formerly less-than-10-minute walk to work at Home Depot from the Edgewood Motel in the hamlet, where he lived with five children, to two hours by public transit or a $25 Uber ride each way.

"Soon as I earned [money], I spent it on carfare" to get to work, the single father of five said.

As of Friday, Sams didn’t have to worry about those commutes. A group of Long Islanders who look out for people down on their luck banded together to raise money to help purchase him a 2012 Chrysler Town and Country minivan.

"We lost everything," Sams, 53, said after the family home in Hempstead caught fire nearly two years ago. He lost his other job as a concession cook at the Nassau Coliseum amid COVID-19. "I wasn’t expecting this type of generosity."

Paula Geslani volunteers with Jericho Cares, a nonprofit that brings food and supplies to people in need. A Jericho resident, Geslani met Sams through Cares, and after learning about his plight, she started to raise money to purchase a minivan for him.

"I’ve never done anything like this before but I just started the GoFundMe, shared it with everybody that I could and once everybody read his story, the money came in," said Geslani, who also cofounded the Jericho Kindness Coalition to support a proposed Jericho Family Support Center for homeless families.

Geslani scoured websites to find a minivan for Sams. She initially found a prospect and called the seller, Thomas Connor of Farmingville. He had already sold it but after hearing about Sams' misfortune from Geslani, he offered to help find another one.

"I figured I’d give a little helping hand," Connor said

Connor, who heads up TOMCO Auto Repair & Towing in Bethpage and also sells vehicles, chipped in money to pay for Sams’ car registration and will perform repairs the vehicle may need. "I’m just hoping it’s a steppingstone for him to get back on his feet."

For Sams, things are looking up. On Thursday, he said he moved into a four-bedroom home in Hempstead arranged by Services for the Underserved, a social services organization, who will pay up to two years of rent. He’ll work this weekend, but after work, he plans an outing with his children who range from 13 to 18.