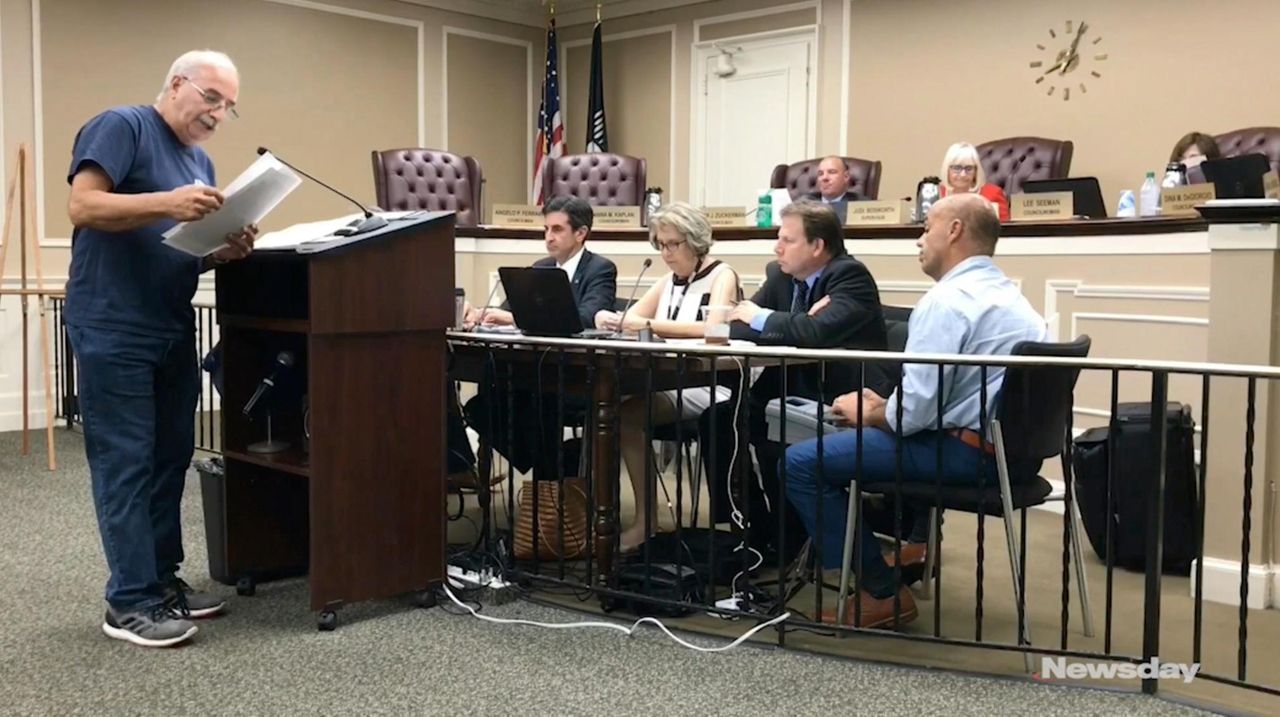 Residents in North Hempstead Town are bemoaning that the paint was allowed to dry on a recently passed amendment to a law, regulating how and when graffiti must be removed, that they said still needs tweaking.

Homeowners and business owners whose property gets tagged have five calendar days to cover the graffiti with "the same or similiar color as the surface upon which the graffiti was made."

The town council passed the amendment Sept. 6, with the aim of reducing the likelihood of more graffiti across North Hempstead. It was approved on a 5-0 vote, with members Anna Kaplan and Angelo Ferrara absent.

The town believes covering graffiti with a different color "highlights that there was graffiti" and "creates a look that some perceive as very unsightly," according to the amendment's language.

"The law is well-intended, but there are some issues,” Westbury resident Peter Gaffney said during the Sept. 6 meeting.

Gaffney told town officials that some homeowners have discovered graffiti on their brick, wood or cinder block, surfaces that aren't easily covered with a coat of paint. He asked town officials how they would mandate cleaning those surfaces, but received no clear answer.

Town attorney Elizabeth Botwin  told Gaffney that the town would take his concerns under consideration. Supervisor Judi Bosworth said council members' passage of the amendment "doesn't mean we can't look at these other things."

The town's property maintenance code now gives an owner five calendar days to cover or clear graffiti after being issued a notice of violation. If the graffiti isn't removed, the town will issue a fine. The first offense carries a fine of $50 to $1,000; a second offense would trigger a fine between $1,000 and $2,500; and the third between $2,500 and $10,000.

“We would be always sympathetic to a property owner if it’s going to take a little longer,” Botwin said. “We wouldn’t come down hard on them. In this situation, we would issue a notice of violation rather than a ticket, just to get someone to move along to cover it up.”

"People live here on a main street and they have a fence on the side, and they're not looking at their property until someone tells you 'Hey, you've been hit,' " he said.

Putting graffiti on commercial or residential properties without the owner’s consent is already prohibited in all three Nassau County towns. The issue of covering graffiti in North Hempstead surfaced last year when the Lakeville Estates Civic Association asked the town for help cleaning up a spate of spray-painting incidents on Marcus Avenue.

Association president Bill Cutrone said homeowners who covered graffiti sometimes did so with a different color shade than the original paint, which “looks just as bad as the graffiti.”

“To a homeowner, it’s [graffiti] a burden and an unwanted expense,” Cutrone said. “But, for whatever reason, a few homeowners have taken it upon themselves to cover up graffiti with what the civic feels is additional graffiti."