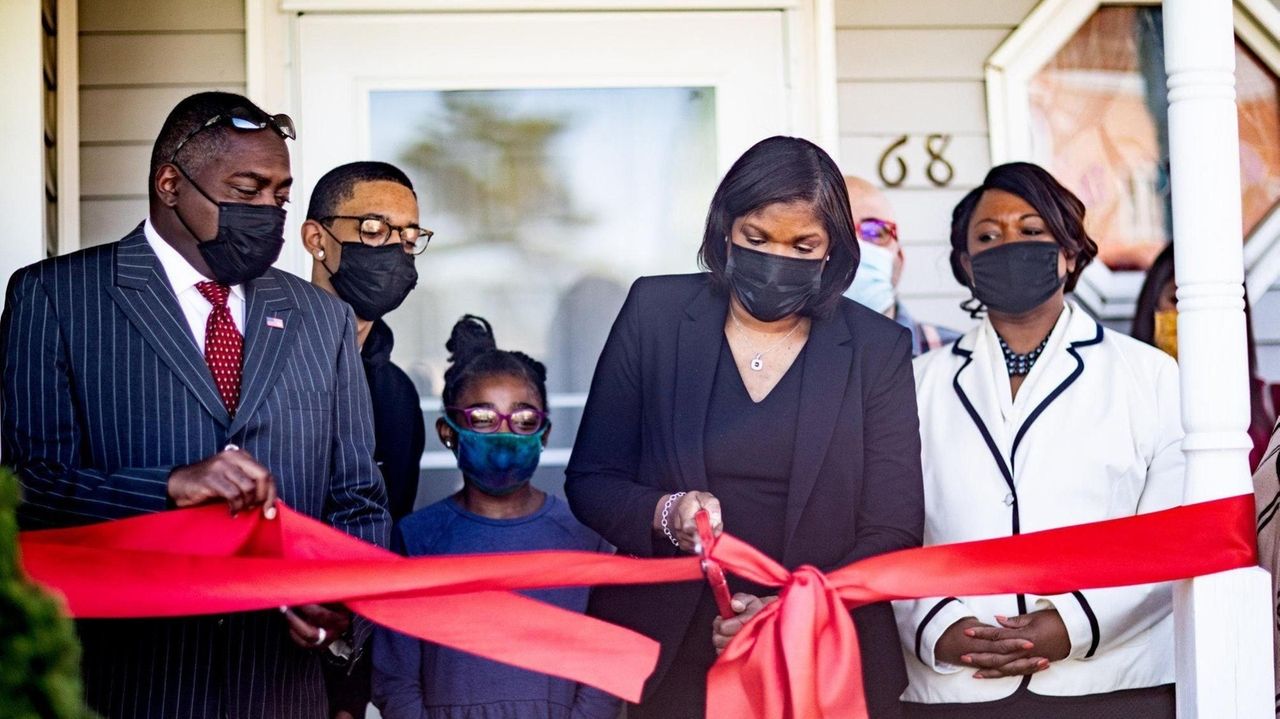 In a ceremony in Hempstead on Wednesday, Kimberly Style and her two children were handed the keys to their new home, which was built by Habitat for Humanity. Style recieved financial assistance in the form of a $25,000 down payment from Hempstead's Community Development Association. This was the first-of-its-kind partnership between the Village of Hempstead and Habitat for Humanity.  Credit: Raychel Brightman

An abandoned zombie property in Hempstead was rebuilt and converted into a first-time home for a social worker and her two children through a new partnership between the village and the nonprofit Habitat for Humanity.

New homeowner Kimberly Style was joined by village officials Wednesday as they cut the ribbon on the two-story home on Webb Avenue.

"I have a heart full of gratitude. This journey was seven years in the making," said Style, a social worker at Hope for Youth in Amityville who, along with her son Jarren and daughter Kailyn, had been displaced because of economic difficulties and living with family members in recent years.

The home was rebuilt from the ground-up by Habitat for Humanity, a Georgia-based organization that purchases and repairs zombie homes — vacant properties in foreclosure — and sells them at a lower price to families with a steady income, who then commit to staying in the neighborhood.

"This house is so much more than the structure that stands in front of us today," said Myrnissa Stone-Sumair, executive director of Habitat for Humanity Nassau County. "It is a community united in a common purpose. It is a tangible expression of love."

Hempstead has more than 500 zombie houses and more than 1,500 houses in foreclosure, Hempstead officials said in 2019 during a news conference in front of the Webb Avenue home. At the time, the home had been vacant for three years and the inside was filled with mold and rotting floorboards.

"I am so grateful Mrs. Style was able to qualify and we were able to make this dream a reality," said Charlene Thompson, commissioner of the Community Development Association, which is accepting applications through May 24.